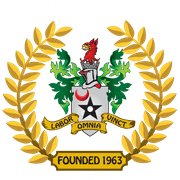 Goals from Paul Mullin, Cameron Green and Dior Angus rounded off a great pre-season for Phil Parkinson’s men as they secured a 3-1 victory against Curzon Ashton in front of 2,359 returning Reds writes Matt Waters.

It was the 20/21 League Two player of the year who opened the scoring for the Red Dragons, breaking the resolute defence of Curzon ten minutes before half time.

A superb header from Hyde on the byline found its way to Mullin and his strike from 20 yards out left Chris Renshaw unmoved as he watched the ball fly into the top corner.

It was the link up play between Hyde, Mullin and Hall-Johnson that caused the Curzon defence problems all afternoon, and the score line could have been even more had it not been for the outstanding display from Renshaw.

The half wasn’t without its chances for Curzon; Dale Whitman and Alex Curran forced Christian Dibble into making two crucial saves at the start of the first half to deny them the lead.

However, Renshaw’s goal was breached once again ten minutes into the second half after Cameron Green’s deflected effort found its way into the bottom corner doubling the hosts' advantage.

Curzon struck back instantly as Dominic Knowles found himself unmarked and headed home from an out swinging Adam Thomas corner to make it 2-1.

Wrexham had another scare minutes later as Knowles found his way in behind, and his shot was slotted home through the legs of Dibble but it was ruled out for offside.

From there it was a routine performance from Wrexham as they dominated the remainder of proceedings, and Angus got himself the third and final goal of the game to extend the lead.

Coming on for Jake Hyde, Angus got himself in the right place at the right time heading home past the outstretched Renshaw capping off the victory in added time.

It was Wrexham’s third and final victory of pre-season as preparations now turn to next weekend's National League opener against Solihull Moors.