After a tough opening fixture, The Red Dragons are on the road again, and once more we'll face a team hoping to be involved in the promotion shake-up.

The opening day of the season was a memorable one, as Phil Parkinson's Wrexham showed their attacking threat in front of a full away end, coming within a couple of minutes of a deserved win at Solihull.

However, Wrexham' went into the game having to cope with defensive shortages, and the groin injury Reece Hall-Johnson picked up won't have helped matters. With 2 tough games in 3 days coming up, Parkinson might have to give the depth of his squad an early test.

THE OPPOSITION
Like Wrexham, Eastleigh missed out on a play-off spot on the last day of the 2020-21 season. Like Wrexham, they're looking to make sure they don't miss out again.

The Spitfires haven't kicked their season off yet, but carry into this game a run of  consecutive home wins, each achieved with a clean sheet, from last season.

They've lost Joe Tomlinson, who scored all three goals against us last season, and Jack Payne to the Football League, but still boast a lot of depth in their squad, having brought in some interesting options in the centre of midfield and at wing back. 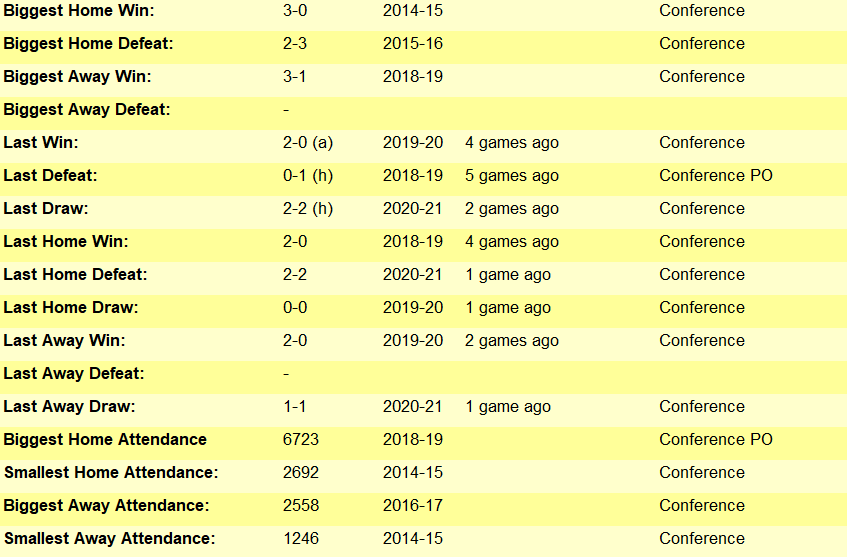 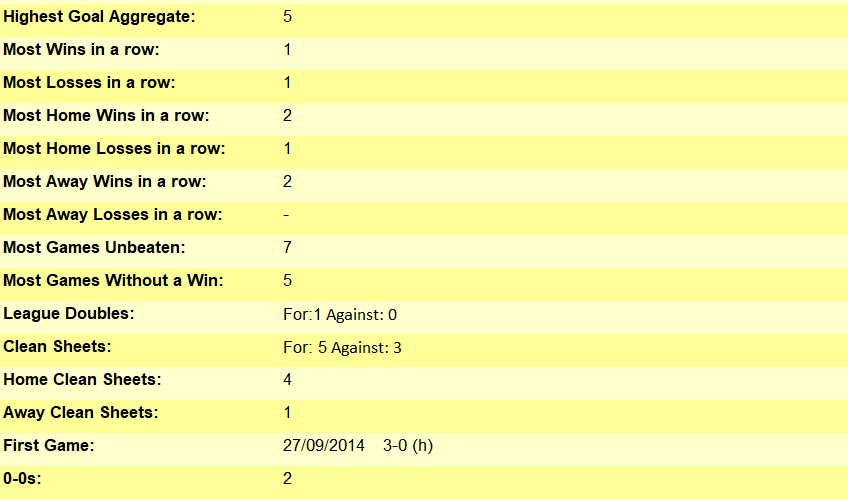 We have an impressive record at Eastleigh, as we’re unbeaten in 7 games at the Silverlake Stadium.

We took the lead twice in our first visit, in March 2015, through Louis Moult and Neil Ashton. However, The Spitfires hit back with two equalisers, although there was an element of controversy about the second one, which came from a dubious free kick decision.

The next season we fell behind but Sean Newton equalised and we had a glorious opportunity to clinch all three points when we were awarded a late penalty. However, Connor Jennings missed the target and the game ended level.

Our next game at the Silverlake was the final game of the 2016-17 season, and in truth it wasn’t exactly played at full throttle. There was nothing at stake, but again we could have won as Jordan White put us ahead in the second half. However, Matt Tubbs equalised in the 73rd minute.

The Spitfires took their habit of late equalisers against us to new heights in April 2018. Scott Quigley’s penalty gave us the lead, and when Andrew Boyce was sent off half way through the second half, we looked certain to grab our first win at Eastleigh, but the ten men scrambled a remarkable 94th minute equaliser from a corner.

Equally remarkable was Boyce’s feat of getting sent off against us the following season as well. We were 2-0 up at that point, thanks to an own goal and a Manny Smith header, but soon after the red card Eastleigh threatened to make another 10-man fightback by pulling a goal back. However, a solo strike by Mike Fondop secured there would be no late slip-up this time.

We won there again the next season, gaining some small measure of revenge for our play-off defeat to The Spitfires the previous season. Dean Keates was in the process of improving the squad he had inherited, and his loan striker Omari Patrick was decisive, earning a 2-0 win with 2 first half goals.

Last season we had two controversial clashes with Eastleigh, and felt aggrieved to only emerge from those matches with a couple of points. The game at The Silverlake began cautiously but was changed in added time at the end of the first half, when Kwame Thomas scored a fine goal after Jordan Davies’ superb long pass to him.

Wrexham looked comfortable defending the lead, with Eastleigh only threatening from set pieces. However, it was from a corner that they would earn a point, although they would owe a great debt to the referee.

Christian Dibble made an excellent save, tipping the ball onto the woodwork, but as James Horsfield volleyed the loose ball off the line the referee made the astonishing decision to point to the spot, claiming Horsfield had endangered a stooping Eastleigh player despite not making contact with him!

The penalty was converted and Wrexham had to hang on for a point in the end after another controversial decision: debutant Tyler French was dismissed after confronting an Eastleigh player the Wrexham side felt had dived to win a free kick on the half way line.

Paul Mullin's next league goal will be his 75th. 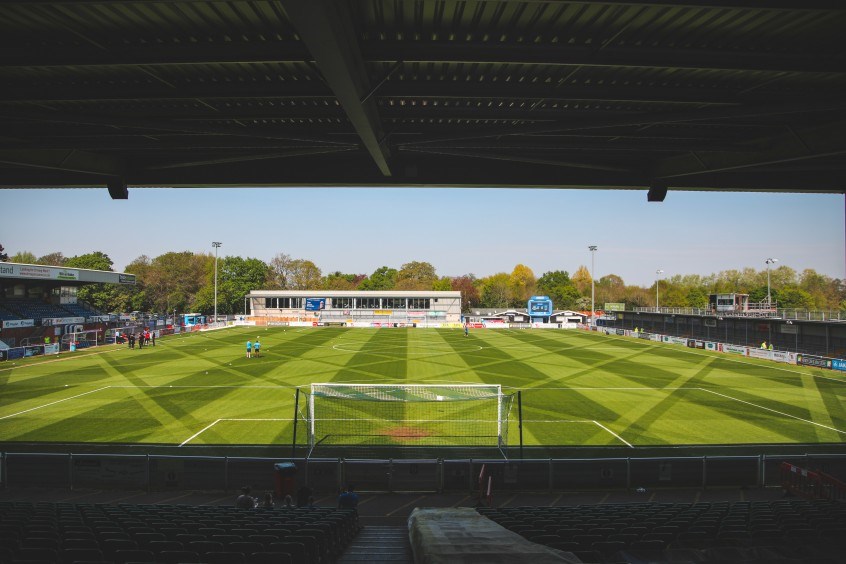 
Wrexham are back on the road this weekend as Phil Parkinson's side look up back up their 2-2 draw at Solihull as they take on Eastleigh at the Silverlake.

Hyde opened his Wrexham account with a cool low finish and doubled his tally with a glancing header as the visitors returned home from Hampshire with all three points.

And, though were a few nervy moments in the Wrexham area, realistically the win could have been even more convincing were it not for Eastleigh goalkeeper Joe McDonnell making a series of good saves.

Wrexham made four changes from the opening-day draw with Solihull, including debuts for new signings Ben Tozer and James Jones.

Fit-again Rob Lainton was also back in goal, and Harry Lennon started in a back three with Tozer and Aaron Hayden.

Wrexham rode their luck in the early stages, however, and were fortunate not to go behind on eight minutes after Lennon dived in on Cav Miley and was booked. From the resultant Tom Whelan free-kick, Eastleigh got behind the Wrexham line but nobody could find the vital touch.

Wrexham cleared their lines but were defending another free-kick moments later following Paul Mullin’s foul. This time, however, Whelan tried an ambitious long-range shot and dragged his effort wide.

Eastleigh paid for their early profligacy too, and Wrexham were in front on 12 minutes. Mullin found space in the Spitfires’ half and disguised a brilliant pass through the defence to feed Hyde, whose low finish sent McDonnell the wrong way one-on-one.

With confidence now high, Jordan Davies attempted an ambitious long-range free-kick just two minutes later but he skied his effort over the stand behind the goal.

Davies’ deep free-kick then dropped to Tozer round the back of the defence on 18 minutes, but he shot high and wide across goal from a tight angle.

Two minutes later, Eastleigh had another chance to put the ball into box from a free-kick of their own, but again they squandered a great chance when Josh Hare headed wide from close-range.

Wrexham worked the ball forward from the goal-kick and Hyde found space outside the area to run into, but McDonnell saved his low shot.

Eastleigh missed another great chance to level on 26 minutes, when Ben House – unmarked behind the defence – could not beat Lainton from close-range.

Hare then shot over with a lofted half-volley from the corner of the area on 30 minutes as the hosts continued to create chance from set pieces.

Only a brilliant McDonnell save stopped Hyde doubling his and Wrexham’s advantage on 37 minutes though. Davies crossed deep to French at the back post, who pulled back for the onrushing striker, but McDonnell tipped his shot over.

Hyde did get a second on 40 minutes though – rising highest at the near post to meet Davies’ right-wing corner and glance his header in across goal.

Mullin then nearly got in on the act on 43 minutes, cutting in from the left-hand side and unleashing a stinging, dipping shot which McDonnell spilled but then grabbed at the second attempt.

Reckord then went close on the stroke of half-time, after Hyde got in behind the defence to run onto a long ball and cross low, but his shot hit McDonnell at point-blank range at the near post.

The second-half was slow to get going, with Christian Maghoma suffering a head injury in an aerial challenge with Jake Hyde just moments after the restart – leading to a long delay.

On 54 minutes, Wrexham fans got a first glimpse of Ben Tozer’s famous long throw-ins and, while Hayden and French were beaten in the air, Jordan Davies fired over the rebound.

Davies was then called into defensive duty two minutes, blocking well on the edge of the box before Ryan Hill shot over from the rebound from 20 yards.

McDonnell then made another great save on 59 minutes, this time denying Tozer with his legs after Hayden pulled Young’s cross back into the danger area.

Another Tozer throw-in was only half-cleared by the Eastleigh defence again on 67 minutes and, after Jones’ cross, Davies again fired just wide with a powerful left-footed drive.

A minute later, Young pounced on a poor clearance and Hyde and Davies combined to feed Angus, who cut inside but shot just wide across goal from inside the area.

Angus was in again on 84 minutes, and went down in the area as he was about to shoot, but the referee pointed for a corner.

From the corner, Wrexham won another throw-in, and Tozer’s delivery again caused problems, but Jones eventually sliced well over on the volley.

Deep into six minutes of stoppage time, Angus then unselfishly squared for Davies on the edge of the box, but the midfielder curled his effort over.

Wrexham were not to rue the missed chances, however, as they celebrated following last weekend’s draw at Solihull with a deserved away win.


Wrexham are back on the road this weekend as Phil Parkinson's side look up back up their 2-2 draw at Solihull as they take on Eastleigh at the Silverlake.