Access to live commentary will be available here shortly before kick-off
Buy a pass:
toggle inactive

Live commentary of this match has not yet started.

After Saturday's excellent victory at Yeovil, it's back to The Racecourse on a massive night of National League football.

With Halifax hosting Boreham Wood, at least one of the top 5 is bound to drop points, and with league leaders Chesterfield not in action, there's scope for the top end of the table to undergo a reshuffle.

A chance to regain ground on the pace-setters would certainly suit Grimsby. They set a hot early pace in their attempt to bounce straight back into the EFL, and hit the top of the table in September. However, since then they've relinquished their control of the title race and, while they're still well and truly in the promotion shake-up, they currently lie in tneth spot, five points off the play-offs.

Saturday's defeat at home to Bromley was a real blow, allowing their visitors to open up an 8-point gap over The Mariners, and a 2-0 win over Altrincham the Saturday before is their only win in 7. Indeed they've lost 9 of their last 12 matches, including an FA Cup upset at the hands of Kidderminster Harriers. 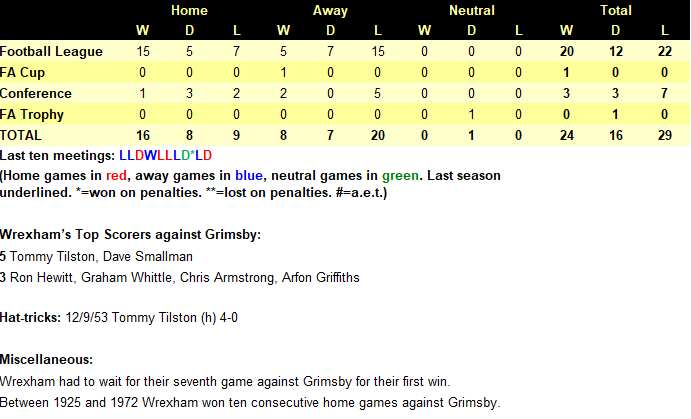 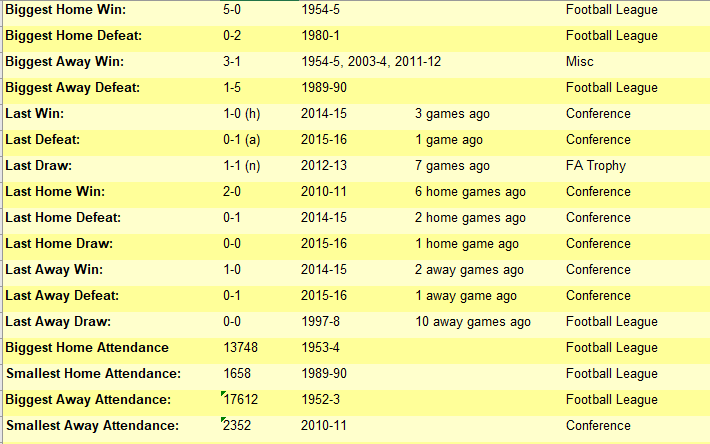 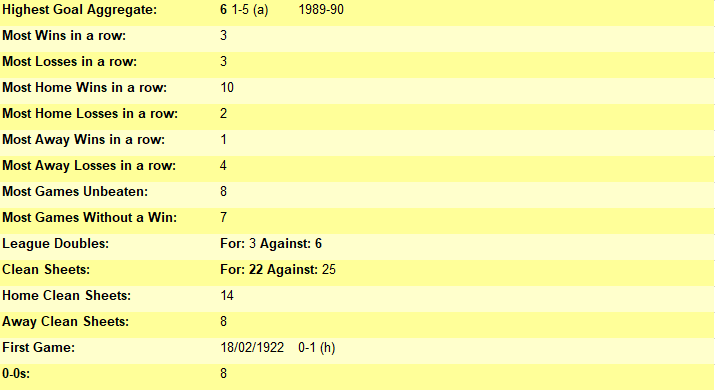 Wrexham are seeking to avenge the 3-1 loss we suffered at Grimsby earlier this season, but we’ll be bucking the recent trends in this fixture if we achieve that. Wrexham fans of a nervous disposition should look away now, because recent clashes have gone horribly for us.

We’ve struggled to score past The Mariners – we’ve only scored 4 goals past them in our last 10 clashes. If you scratch the surface of those stats, it gets even worse. Our FA Trophy victory over the Mariners came via a penalty shoot-out, and although our emphatic performance ought to have been rewarded with more than a 1-1 draw, it fitted into the pattern of struggling to pierce the Grimsby defence. Kevin Thornton’s goal was our first past them in 279 minutes, and that came from the penalty spot; we’d waited 318 minutes for a goal in open play, since Chris Westwood got his first goal for the club in a 2-2 draw in April 2012.

We scored in our next clash after the final, but it was future Wrexham skipper (and current Grimsby cult hero!) Shaun Pearson who scored in a 3-1 loss.

In total we went 644 minutes without a Wrexham player scoring against The Mariners in open play, between Westwood’s strike and Joe Clarke’s winner at Blundell Park in April 2015. Not that we should turn our noses up at own goals after last Saturday!

Grimsby have kept clean sheets in six of our last ten clashes, and have shut us out on their last 4 visits to The Racecourse, two of which they won. Town have tended to go home from North Wales happy in recent years, as we’ve won just 4 of our last 16 home games against them, losing 7, and are unbeaten in their last 5 games here since Jay Harris and Andy Morrell scored in the last 20 minutes to earn a 2-0 win in January 2011.

Not that they’ve ever really dished out a thrashing to us on our own patch, but Town have consistently found a way to get a result here, achieving their best winning margin of 2-0 seven times in twenty eight matches.

Take out a fantastic run of results against them spread between 1925 and 1972 when we won ten consecutive home games against them, and our total of fifteen wins at The Racecourse doesn’t look too clever.

It’s not all doom and gloom though. Back in May 1955 we enjoyed receiving Grimsby as we won 5-0 on the last day of the season. Eric Betts got two with Arthur Gwatkin, Ron Hewitt and Billy Green getting the others.

Another emphatic home win came in September 1953, and it was notable for the only Wrexham hat trick against Grimsby. Tommy Tilston got to keep the match ball after a 4-0 win played out in front of the best crowd to have come to watch this game at The Racecourse, 13,748.

Tilston is our equal top scorer in this fixture having ended up with five goals against Town, a total which was later equalled by Dave Smallman. Hewitt, Arfon Griffiths, Graham Whittle and Chris Armstrong stand two goals further back. 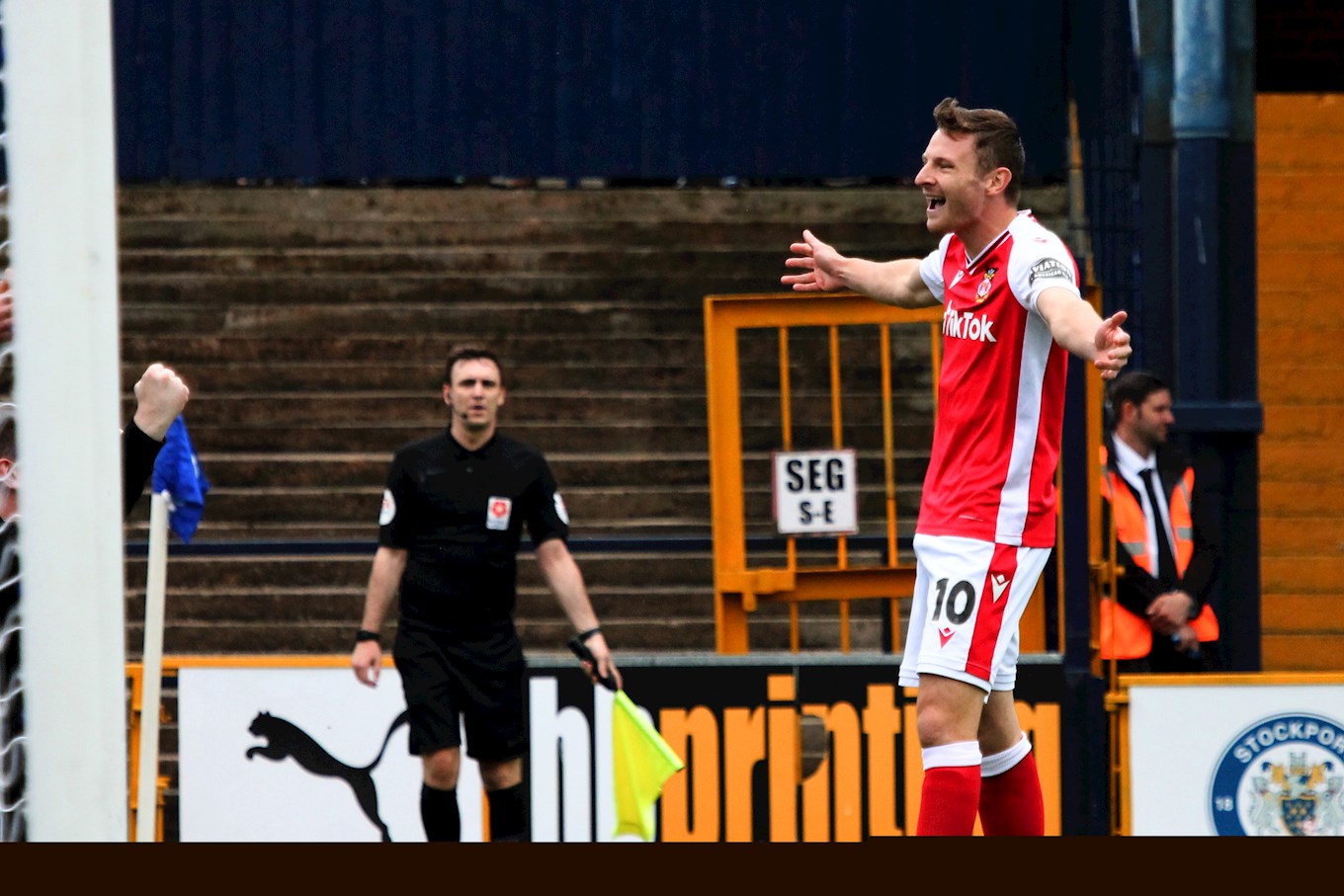 Paul Mullin's next goal will be the 100th of his career. 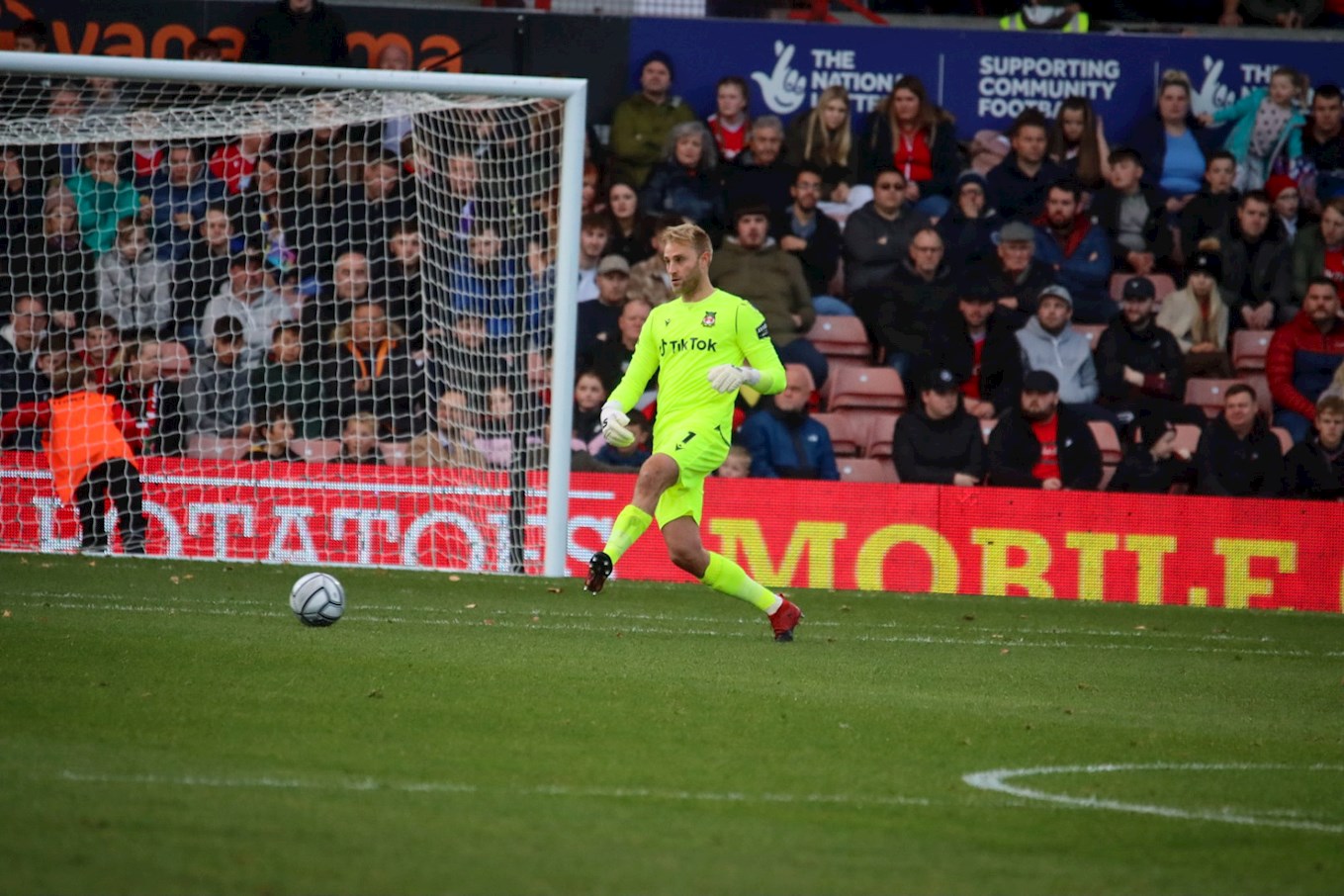 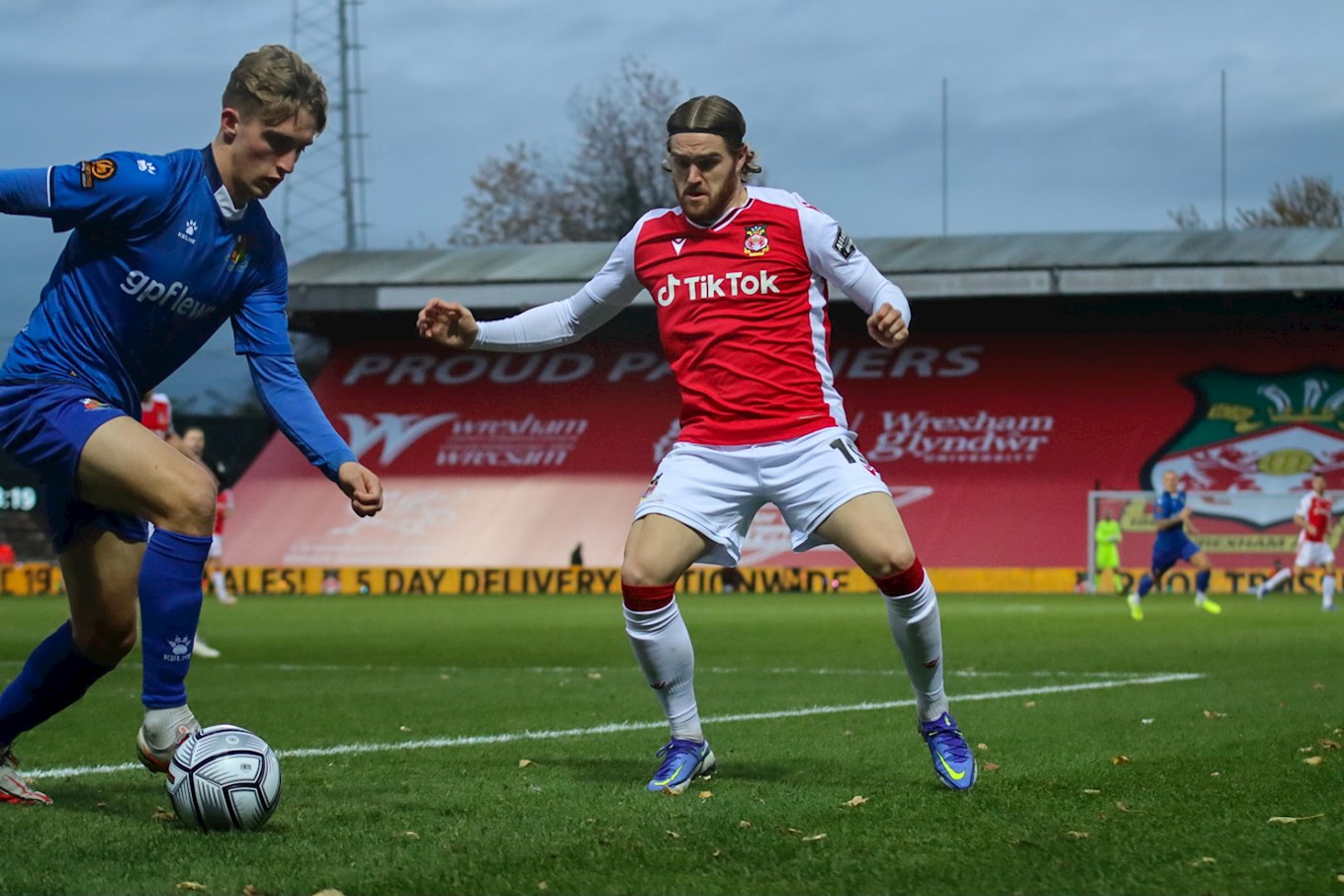 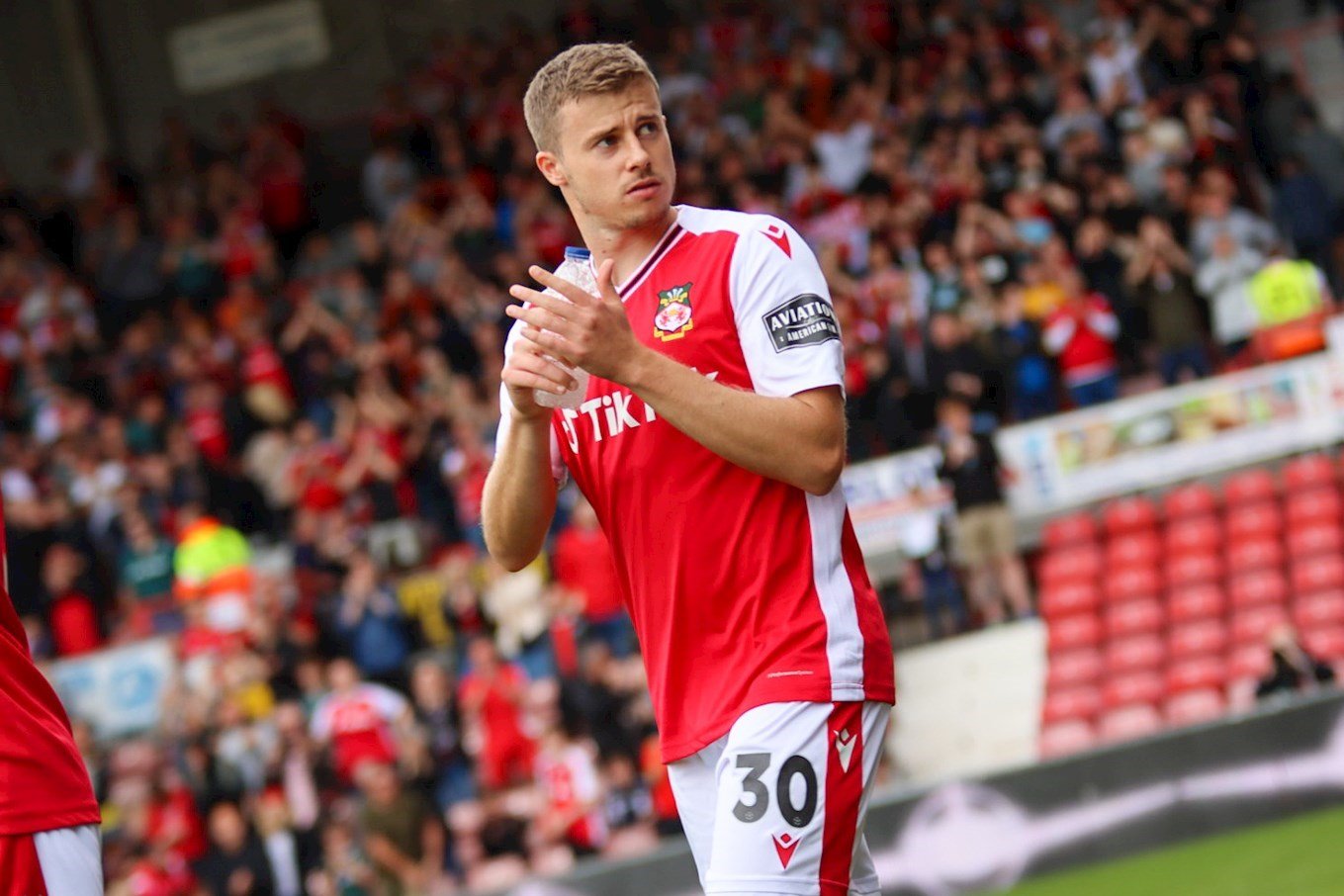