A five-goal burst at The Recreation Ground has put a spring in Wrexham's step.

Tuesday's spectacular win at Aldershot made the league table suddenly look a lot better for Phil Parkinson's team. Ten points off top spot with a game in hand over everyone above us except Bromley feels a much more promising position than we were in three weeks ago.

A goal against Kings Lynn would mean Wrexham match a club record: we've only scored in each of our first 17 games once since joining the Football League in 1921.

The mark was set in 1932-3, the most prolific season in our history. We scored a remarkable 106 league goals in that campaign, with five players reaching double figures and three scoring more than 15. Leading the way, of course, was the phenomenal Tommy Bamford, with 40 goals from 49 games. At home we averaged over 3.5 goals per game!

And, of course, we didn't get promoted! Only the league champions went up in those days, so finishing second in the Third Division North meant we went back to square one. Perhaps the National League promotion bottleneck isn't so remarkable after all!

Wrexham welcome Paul Mullin back after suspension, of course, and will delighted that both Luke Young and Reece Hall-Johnson got valuable minutes under their belts in the last week.

Kings Lynn's home form is not much better than Aldershot's. They've managed just one point at The Walks this season, from a 1-1 draw with Barnet at the start of last month.They've shown what they're capable of in away games, though, beating Maidenhead and Yeovil, adn slugging ut an epic 3-3 draw at Eastleigh. 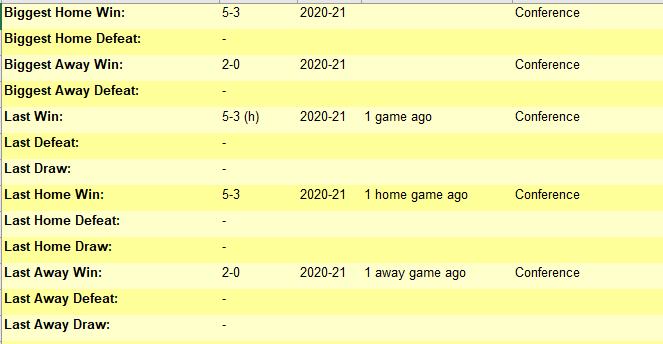 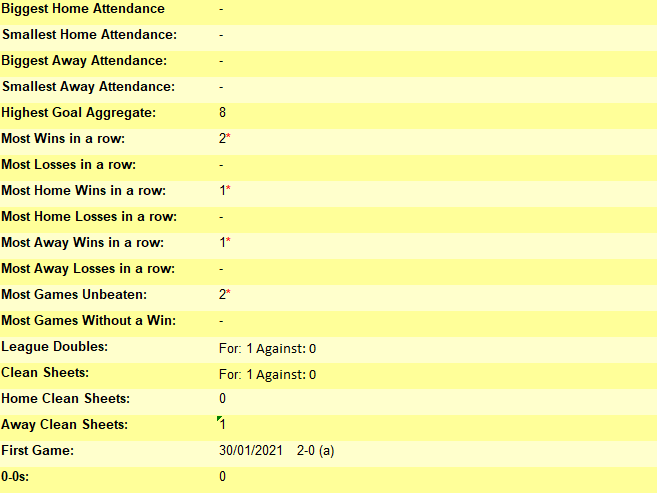 Our first trip to Kings Lynn came in January 2021, and it marked something of a turning point in our season.

In truth, it was a fairly straight forward win - the Linnets would cause us far greater problems in the return match at The Racecourse. Jamie Reckord struck in the first half, registering his first goal for Wrexham, before Adi Yussuf added a second in the 26th minute, which turned out to be his final goal for us.

We’d not won in four games leading up to the match, and had scored just one goal in that time, but victory at Kings Lynn would lead to a dramatic upturn in our away form. We’d win 6, draw 4 and lose just 2 of our remaining away matches, and would actually drop more points at home than away in the run-in.

We did manage to beat Kings Lynn at home, though, in our final match of the campaign at The Racecourse. Kings Lynn put up a terrific fight, though, and we had our work cut out securing a 5-3 win.

The two goals scored in that match makes Gold Omotayo our top scorer in this fixture, and he can add to his tally for The Linnets on Saturday! Omotayo did a fine job for the Red Dragons at the end of last season, stepping in when Wrexham were looking to recruit despite being restricted by the transfer window, scoring three goals in ten starts and working selflessly up front.

Wrexham came from behind to run riot at The Walks and earn a second big away win – and plenty of goals on the road again – in a week.

Michael Clunan gave King’s Lynn the lead against the run of play, but Aaron Hayden headed in his third goal of the season to level.

Jordan Davies, Paul Mullin and Jordan Ponticelli then all netted after the break in a dominant away performance. Malachi Linton pulled one back for the Linnetts, but Jarvis and Green both tapped in to seal a comprehensive victory.

Wrexham made two changes from the mid-week win at Aldershot, with Mullin returning from suspension to replace Dan Jarvis, and Christian Dibble in for the injured Rob Lainton.

And the visitors started on top, with possession in the King’s Lynn half keeping them penned in their own half.

James Jones’ low effort was parried clear on six minutes, and two minutes later another good Jones strike was blocked by the defenders after Mullin’s initial shot was saved.

Mullin then turned provider on nine minutes, racing onto Davies’ through ball and pulling back for Harry Lennon, but the defender scooped his left-footed shot over when well placed.

The hosts were in front completely against the run of play on 12 minutes, however – Clunan playing a one-two and running into space to shot low past Dibble.

Wrexham got back on top immediately, and Mullin’s deep cross was claimed at the back post by Linnets stopper Paul Jones on 18 minutes.

Wrexham’s equaliser arrived courtesy of Hayden’s head midway through the half, however. Bryce Hosannah’s crunching tackle earned a corner, and Hayden rose highest to power a header beyond Jones from Young’s cross.

Mullin’s effort then flashed wide across goal on 41 minutes, and just beyond Ponticelli’s dive at the front post too.

Hayden almost gifted King’s Lynn a second on the stroke of half-time, when he chested beyond Dibble, but he was strong enough to retrieve the loose ball and clear with Gold Omotayo waiting.

In the final minute of first-half stoppage time, Reece Hall-Johnson then shot well over from the edge of the box.

Davies fired Wrexham in front eight minutes into the second-half, however. His first touch on the edge of the box took him away from the defender, his second set him one-on-one with the goalkeeper, and his third buried the ball low into the bottom corner.

King’s Lynn responded well and used Omotayo’s height to good effect to threaten from set pieces. From one, one the hour, he headed down for Pierce Bird at the back post but the shot was hooked over with the goal gaping on 63 minutes.

The Linnetts’ work was completely undone on 64 minutes, however. Ponticelli put pressure on Bird high up the pitch, who horribly under-hit his backpass as a result, and Mullin did the rest. The Wrexham striker ran onto it, spun away from Jones and smashed gleefully into the empty net.

A frustrated Bird then fouled Mullin late on the touchline, as tensions threatened to spill over with a fracas – which led to Reece Hall-Johnson and Bird getting booked on 67 minutes.

With Wrexham well on top again, Bird’s afternoon then went from bad to worse on 77 minutes when he pulled up while in a foot race with Mullin for a loose ball.

With the defender down, Wrexham had numbers lining up at the back post to retrieve Mullin’s pass and it was Ponticelli who tapped in his third goal in as many games.

Malachi Linton capitalised on sone slack defending on 86 minutes to tap in a consolation for the hosts.

But Wrexham had the last laugh – James Jones stealing possession on the edge of the box and squaring unselfishly for Jarvis to tap in the fifth.

There was still time for Ponticelli’s overhead kick to clear the bar when Hayden headed on from Ben Tozer’s long throw.

And Ponticelli then retrieved the ball in the area deep in stoppage time, and fired a low effort across goal which Green finished to wrap up a stunning victory.

Tickets for our away match at King’s Lynn Town on Saturday November 13 are available to buy from the Linnets’ ticket office now.

Travel for the game at The Walks will also be available from our own eTicketing website – please only book travel once you have secured your ticket for the game.

Wrexham supporters have been allocated 985 spaces in the away terrace, which is split between the Tennyson Road Stand and the North Terrace.

A small seating area, with a capacity of 150 seats, has also been made available in Section A of the Tennyson Road Stand.

Prices for the game, which will be our first in front of supporters at The Walks – having won 2-0 there without fans present last season – are priced as follows, in line with King’s Lynn’s pricing policy.

You can buy your ticket here.

Carers will be admitted free of charge, but anybody looking to book a ticket must do so at least 24 hours in advance.

Official supporter travel is also available to book, and can be bought directly from the Wrexham AFC eTicketing website.

Coaches for the game will depart from the Mold Road at 08:00 on the day of the game, and will cost £30 for adults and £28 for juniors.