Another tough challenge awaits as The Cards arrive following a spectacular away win.

Wrexham and Woking come into the game tied on points and occupying the last play-off spots, although The Cards have a game in hand.

Wrexham's preparations are dominated by hopes that Paul Mullin's knee injury won't cause Phil Parkinson a pre-match head ache. The striker missed last Saturday's draw at Southend, failing a fitness test on the morning of the match, but Parkinson was quick to play the injury down to the press.

Parkinson saw four of his strikers looking sharp in front of goal during pre-season, and reaped the benefit as Dior Angus stepped up to strike the equaliser which earned a point.

Woking's start to the season has been inconsistent, with a home defeat to Halifax separating two away wins. A switch to three at the back led to a spectacular victory in their last match, as they took last season's play-off finalists Torquay on their own turf.

After 6 minutes they were already 2-0 up, a just reward for a tremendously fast-paced start. They ended up 4-0 winners, the physical spine of the side dominating The Gulls. In front of a towering back three, featuring sky-scraping National League stalwart Moussa Diarra, Solomon Nwabuokei and Rohan Ince are a powerful duo in the centre of the park who lack nothing when it comes to energy.

Woking's promising start coincides with the decision to go full-time, a bold step when COVID-19 has punched a hole in football's finances. Assistant Manager Martin Tyler (yes, that Martin Tyler) feels that's no coincidence, and paid tribute to his board for having the courage to make the step.

They’ve backed the way we have gone about preparing this season going full-time. This weekend, the players came down straight after the game on Saturday. It was finely planned, eating on the coach, doing the right things on Sunday, they had some hydrotherapy, all the things we haven’t been able to do as a part-time team. I think you saw the results on the pitch.

A familiar face returning to The Racecourse is Jordan Maguire-Drew, who scored 3 goals in 15 starts when on loan in 2018. His magnificent goal at Maidenhead, in a victory which propelled us to the top of the table, will live long in the memory.

With a pair of in-form teams clashing in front of a passionate crowd, with talented match-winners on either side, this is the National League's hot ticket of the day and, as the Woking Assistant Manager would agree, IT'S LIVE!

Listen to the game live on our club commentary. 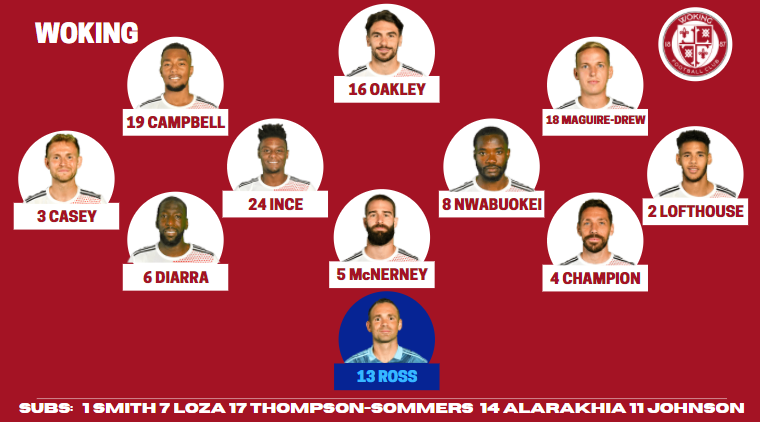 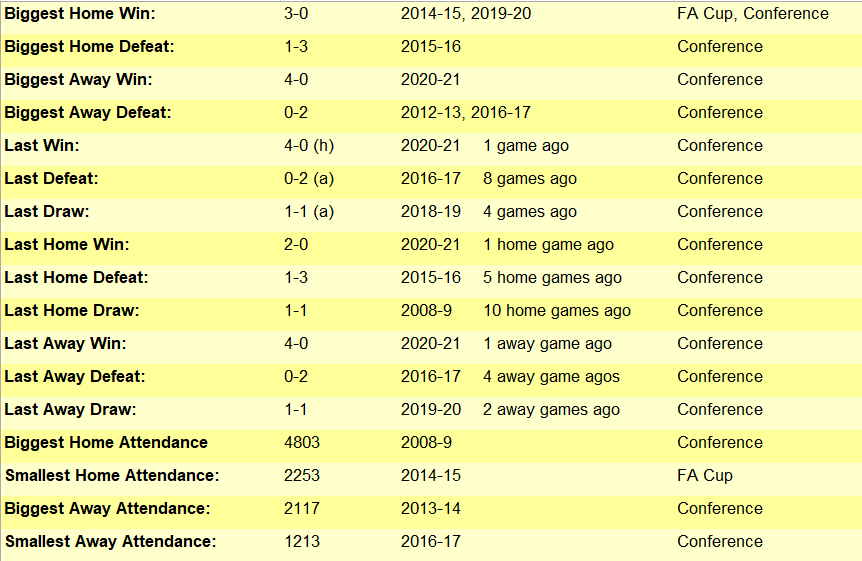 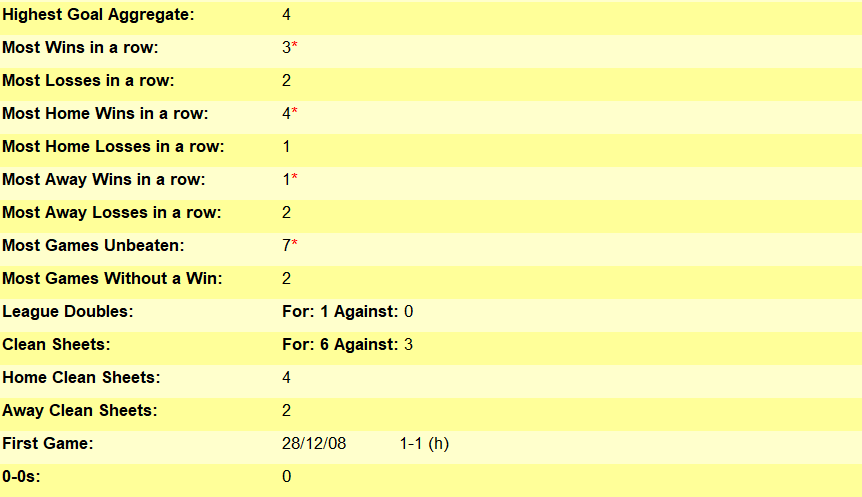 Apart from being our biggest win in this fixture, our 4-0 win at Woking last April was also the first time we’ve beaten them in three consecutive games.

We’re also unbeaten in 7 games against The Cards, stretching back to 2016, when a 2-0 away defeat was also the last time we failed to score against them.

We’ve won our last 4 home games against Woking – another first for us – and haven’t conceded a goal to them at The Racecourse in 304 minutes.

Last season we had to wait until the last minute of the first half to open the scoring, when Dior Angus rounded off a fine move in style to register his first Wrexham goal. Luke Young made the points safe with a 65th minute penalty.

In January 2020 our home victory was more emphatic. Luke Summerfield gave a virtuoso performance, scoring twice and dominating the middle of the pitch, and Dan Jarvis snatched what, at the moment, is his only Wrexham goal in a 3-0 win.

The season before, James Jennings scored the only goal from a corner just before the break, and second half goals from John Rooney and Robbie Evans earned a 2-1 win in January 2017.

We matched that 3-0 scoreline in November 2014, when Neil Ashton, Andy Bishop and Wes York scored in an FA Cup first round victory.

The Cards’ first game at Wrexham, in December 2008, saw Marc Williams give us the lead with a header from a Wes Baynes corner, but with quarter of an hour left Woking equalised to emerge with a point.

We enjoyed our first win against them on the first day of the following season. Rob Ogleby and Dean Keates both hit the net before the break, and an attempted Woking fightback was halted when Mark Creighton launched himself at a corner to score with a typically heroic header to make it 3-1.

The following season, Keates scored again, and a fine last minute goal by Joe Clarke, who burst through the Woking defence before firing him, clinched a 2-0 win.

Woking have enjoyed success at The Racecourse too, though. Their last win was in January 2016, when they won 3-1 despite Dom Vose scoring a brilliant free kick. 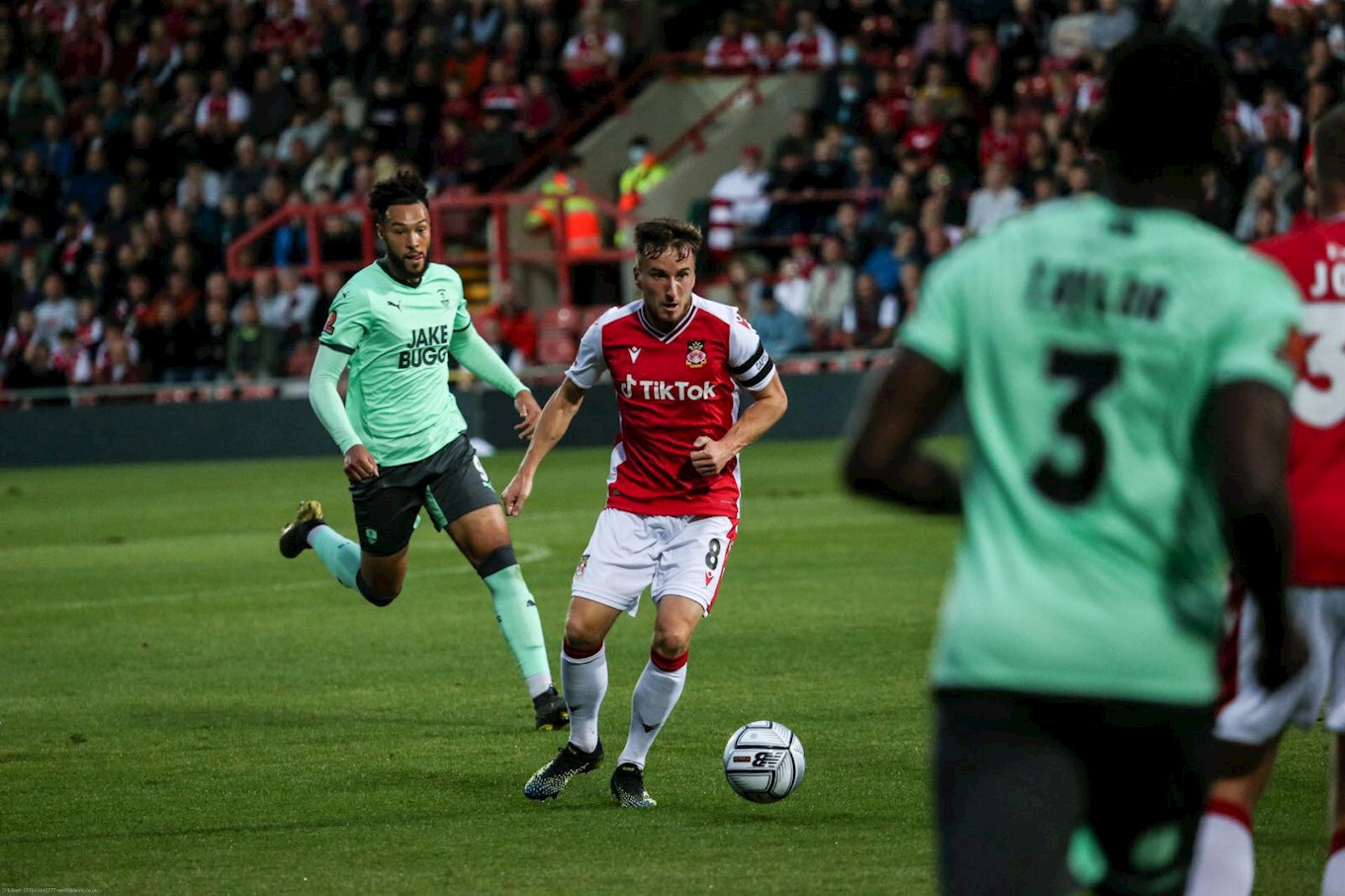 Jordan Davies’ first half goal gave Wrexham their first home league win of the campaign in front of the highest crowd in the National League this season.

Parkinson’s side got themselves ahead five minutes before the break as Jordan Davies’ cushioned header nestled into the bottom corner after some great hold up play and vision by Paul Mullin.

Despite being a goal to the good Wrexham had to finish the game strong as Dave Jones received his marching orders for a second bookable offence in a matter of moments 15 minutes from time.

In a game of little chances for the visitors Jordan Maguire-Drew nearly levelled the tie in the dying moments, but Rob Lainton saved superbly diving to his left in added time.

Captain Luke Young had the first opportunity of the game and should have put the reds ahead.

Paul Mullin found himself in behind the Woking defence and his pull back to Young on the edge of the area was smartly saved by Ross.

The reds had another opportunity to make their early possession count as some neat football between Tyler French and James Jones found Reckord unmarked inside the penalty area, but his scuffed effort rose over the bar.

Mullin posed problems all afternoon for the Woking defence he nearly doubled the Wrexham lead, but his cross-come shot flashed across the face of goal.

Before Maguire-Drew’s last ditch effort Woking never truly came close to troubling the goal of Lainton, and the closest they came was through a header from Joe McNerney which was comfortably held by the Wrexham stopper.

Liam McAlinden replaced Mullin on the 85th minute and his cameo forced the pressure back onto Woking, and he nearly doubled the reds advantage.

He made a surging run down the right-hand side and his shot was spilt by Ross and caused a goal mouth scramble which eventually came to an end as Marsden blew for a Woking free kick.

Today’s victory sees us go 8th in the league as we remain unbeaten ahead of Tuesday’s away fixture against Grimsby Town.

Man Of the Match: Jordan Davies

With the Racecourse Ground set to welcome the highest Vanarama National League attendance of the season so far, the last few tickets for today’s game are available to buy in store and online now.

We have extended the online sales period to 12pm today, with just a handful of tickets still available to buy.

You can buy your ticket through our eTicketing website, with all ticket collections available from the Club Shop from 9am until 2.45pm today. There will be no cash turnstiles in operation for this game.

If you have not received your season ticket or match-day ticket, which were posted out earlier this week providing you bought before 12pm on Wednesday September 9, replacement tickets will be available from the Club Shop.

Likewise, all tickets ordered after 12pm on Wednesday September 9 will be available to pick up from the Club Shop as previously communicated.

Please bring photo ID, and as much information about your purchase – including your block, row and seat numbers, and ticket confirmation – to help staff serve you as quickly as possible.

The Club Shop is open from 9am today, and we urge all supporters to arrive early where possible to reduce queuing times and to help to assist in getting all supporters into their seats for kick-off time.

Thanks to all supporters who have bought tickets, and thanks for your continued patience with ticket office staff and volunteers. 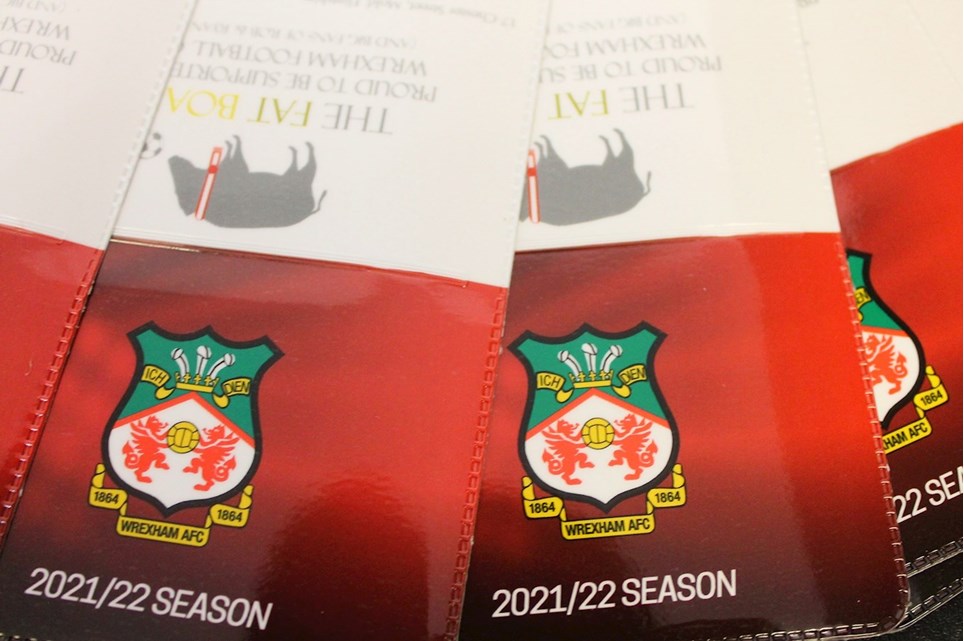 
All tickets for the match at home to Woking ordered before 12pm on Wednesday September 8 have been posted out to supporters. 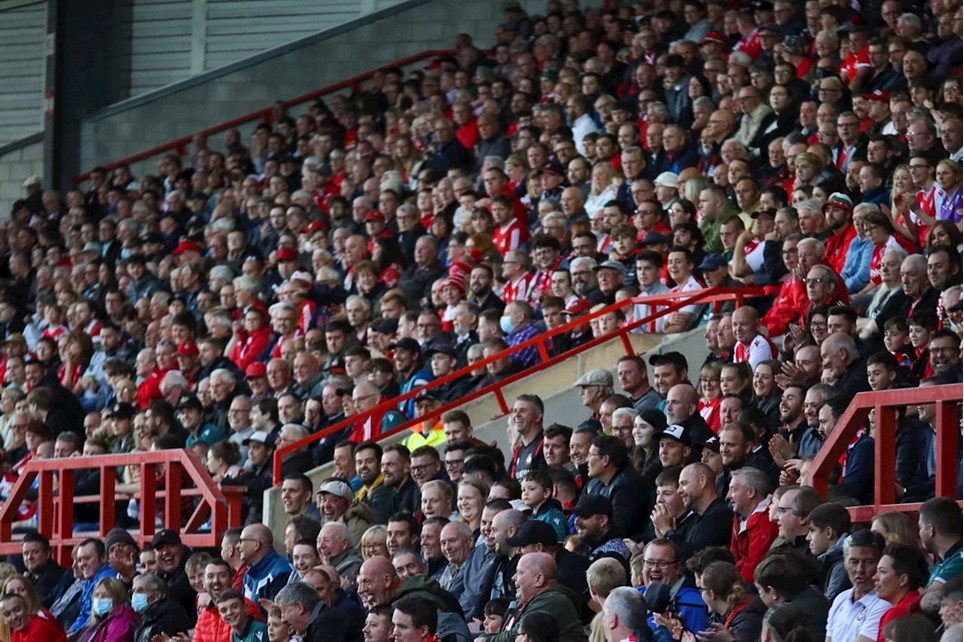 
Our first Saturday afternoon league game of the 2021/22 season sees Alan Dowson’s Woking visit the Racecourse Ground on September 11. The match kicks off at 3pm, and will take place in front of the...


Match-day tickets and 21-game season tickets will be posted out to supporters ahead of Saturday’s match against Woking.