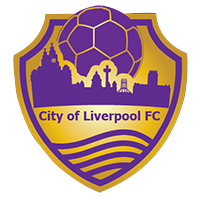 Wrexham AFC Youth kicked off their league campaign this afternoon with a convincing win over City of Liverpool U19s.

Joe Fountain opened the scoring with a superb run down the right hand side before a Kai Evans penalty on the stroke of half-time took a 2-0 lead into the break.

COL hit back via Tom Ward after the break opening up a frantic start with four goals in nine minutes - as Wrexham replied through Connor Ross, Dan Jones and Evans.

Later goals from Owen Cushion and Jake Towse cancelled out any comeback from the visitors despite the Purps second goal from Ethan Wilson.

It means Dan Nolan's side begin their title defence with three points having captured the division on PPG during the 2019/20 campaign.

The game began with both sides failing to test either goalkeeper as the heat at Colliers Park had a major effect on the game - with stoppages for water required in both halves.

The opening goal was Wrexham's first real sight of goal, with Fountain making a sensational run down the right channel before finishing from a tight angle.

Moments before the half-time whistle, Evans danced his way into the box before being chopped down and winning a penalty. He took the spot-kick himself, rifling it past a helpless Lewis Lindon.

The second half began in explosive fashion as Ward poked the ball home from a corner before the floodgates well and truly opened. Connor Ross - who had come on as a half-time substitute finished calmly to keep City of Liverpool at arms length. Seconds later, Evans hit a free-kick into the bottom left corner to extend the divide. Dan Jones completed the nine minute madness with a powerful effort that left the goalkeeper clutching at air.

As the game went on, the game became more and more effected by the baking heat in Gresford. It didn't, however, stop COL from pulling one back through substitute Wilson on 62 minutes.

Chances were becoming limited, and those previously created more often than not ended in goals. On 79 minutes Owen Cushion volleyed home from close range before Jack Towse rounded things up with a nice finish a minute before time.