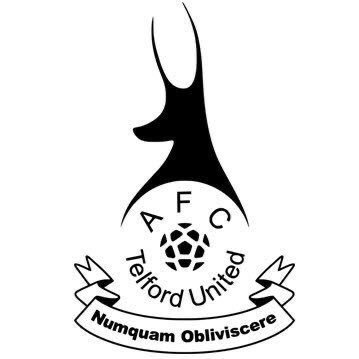 A much-changed Wrexham AFC Women succumbed to a heavy home friendly defeat against AFC Telford in Mari Edwards’ first game in charge of the Red Dragons.

Having been 3-1 down within 35 minutes, Wrexham put up a spirited fightback to pull the game back to 3-3. However, a late of flurry of Telford goals saw the visitors add four more to put the game well out of reach.

Lauren Reese’s goalscoring form this summer continued, as she netted twice and Jodie Richards also scored, but with several absentees, Wrexham had no answer to Telford’s late surge.

Seven players were missing from the team which beat Northop Hall Ladies at the Racecourse, including all three goalscorers – prolific striker Rosie Hughes, player of the match Rebecca Pritchard and Amy Glendenning.

Lucy Scott returned to the starting line-up, however, as did Shannon Owens and Erin Lovett, and Jodie Richards and Megan Buckley were also back involved.

The game was scrappy to start with, however – both sides saw possession but failed to create any clear-cut chances. The best chance of the opening exchanges fell to Telford, as an attacker found space in the area, but she fired into the side-netting.

Wrexham went behind in the 21st minute, however, after a free kick on the edge of the Wrexham area was delivered in and not dealt with by the Wrexham defence. It then found its way to a Telford player who finished comfortably.

Only seven minutes later though Lauren Reese netted in typical fashion to level the scoring. After finding space on the edge of the box she fired a well hit effort which left the Telford keeper no chance.

The celebrations were extremely short lived though, as almost instantly Telford replied with a goal of their own. After some fantastic link up play from the visitors found an open attacker in the Wrexham box, the striker was able to slide the ball past the oncoming Kat Jones.

After 35 minutes Wrexham were 3-1 down. This time a shot from range was spilled by Jones into a dangerous area from which a Telford attacker collected and poked home into an empty net.

On the 46th minute Wrexham’s comeback looked on as Richards capitalised on some great play by Scott to free up some space and draw defenders away from the Wrexham striker, who tucked the ball in under pressure from the Telford defence.

Wrexham began to grow into the game for the second half, creating more chances and linking up better than they had been in the passages prior.

Eventually the pressure told, and Lauren Reese equalised for the Red Dragons, who netted her 12th of the summer. After beating her marker and spinning away from pressure in the box she kept her composure and finished past the keeper to make it 3-3.

But the match would go downhill from there, as Telford made the most of their set pieces scoring two in succession in the 61st and 70th minute to make the score 3-5.

After conceding two in that way, Wrexham heads began to drop, and Telford took full control of the game netting another in the 71st minute when a shot initially blocked found its way to a free Telford attacker who guided the ball in.

Telford completed their late rout with another free kick in the 90th minute just before the final whistle blew to make the final score 3-7.