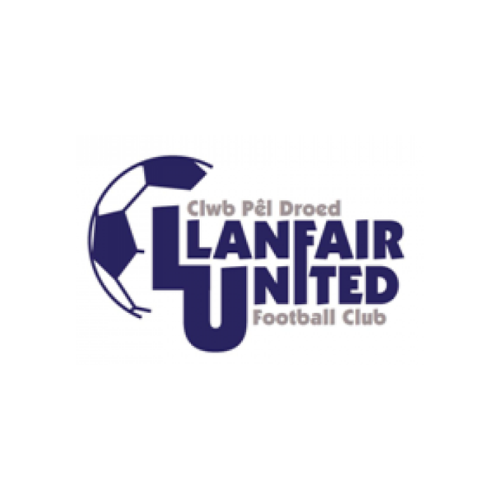 A trio of second half strikes from Rebecca Pritchard, Lauren Reese and Amber Lightfoot matched the display which saw the Reds on top throughout.

Tonicha Lloyd hit back in stoppage time to deny a clean sheet but it was otherwise the perfect return to league action for Wrexham.

Dale, assisted by Reds legend Gareth Owen, named five youth team stars in the side with Ella Clifton-Stringer and Mia Roberts starting in defence and Amber Lightfoot continued her fine form with a place out wide.

Also on the bench for the first time were Erin Dunkerley and Natasha Spearing alongside top scorer Rosie Hughes.

The game began and for the most part remained with Wrexham firmly on top, but the first chance of note took 22 minutes to come to fruition. TJ Dickens played through Lightfoot who on her right foot tested the keeper who put it over for a corner.

Moments later Clifton-Stringer had a shot from distance well held before Llanfair's first sighter saw Beth Williams put the ball over the bar.

Wrexham continued to press in the first half but efforts from Lightfoot and Reese were blocked well by a stern United defence.

A few minutes into the second half Wrexham finally broke the deadlock, Pritchard was kept quiet in the first but wouldn't be silenced in the second after a superb snapshot on her left foot whizzed past the keeper inside the box.

It proved a blow for Llanfair who seconds earlier had a goal of their own chalked off for offside whilst Lightfoot's 35-yard strike clattered the crossbar.

On the hour mark the visiting Reds doubled their advantage as Reese rifled an effort through after her initial effort was halted.

Wrexham were on the hunt for their third on 64 minutes when a corner was whipped in by Dickens and met by Pritchard, but she was unable to guide it on target.

With 20 minutes to play substitute Rosie Hughes threaded a ball through for Pritchard down the right, the winger raced on to the ball before forcing a save from the Llanfair 'keeper, with the latter scrambling the ball clear as Pritchard looked to pounce.

Hughes, so often to finding the back of the net, turned provider on 85 minutes as she released Lightfoot through the spine of Llanfair half before the 19-year old thuded the ball beyond the goalkeeper.

Llanfair would have a consolation as Lloyd's effort denied Del Morgan a clean sheet in stoppage time.

Player of the Match: Ella Clifton-Stringer