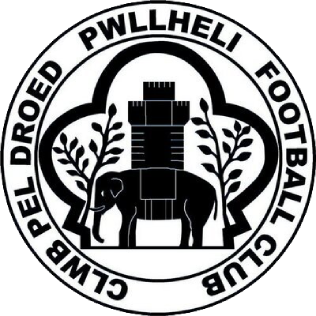 Rosie Hughes scored a hat-trick as Wrexham opened their Genero Adran North campaign with a dominant win against Pwllheli, in front of a large crowd at sun-baked Colliers Park.

Hughes opened the scoring in the first-half and Wrexham then ran riot after the break, with the striker adding two more, Rebecca Pritchard also scoring twice and substitute Lucy Scott netting for Mari Edwards’ side.

With Colliers Park at capacity, Wrexham could even have scored more as their opened the league season with a statement of intent.

After defeat in their final friendly of the summer, Wrexham were back to full strength for their opening Adran North league fixture, with the exception of injured duo Abbey Hughes and Carmen Reyes.

And Wrexham were nearly in front with just 20 seconds on the clock, when Pritchard ran onto Lauren Reese’s through ball but the Pwllheli keeper tipped her low shot wide.

From the resultant corner, Reese picked out Pritchard at the back post, but she got under her header and it looped over.

At the other end, following an unconvincing clearance on eight minutes, a speculative Pwllheli half-volley was straight at Del Morgan.

Pritchard continued to cause problems for Wrexham, shooting from the right of the area on 13 minutes, but the Pwllheli keeper saved with her legs.

Three minutes later, however, Wrexham were in front and there were no prizes for guessing it would be Hughes who opened the Red Dragons’ league account.

The striker picked the ball up in the middle of the park, burst away from two defenders and raced in on goal, finishing low.

Wrexham continued to keep the pressure up too, and Reese pounced on a loose clearance on 20 minutes and shot low, but the keeper got across to parry clear.

Pritchard’s cross then ran through for Mackenzie at the back post, but she shot straight at the keeper.

Following a drinks break, because of the heat, the sting was taken out of Wrexham’s momentum, and Morgan had to be alert on 29 minutes to parry a long-range shot and gather the rebound.

The hosts absorbed that pressure, however, and were back on the front foot two minutes later when Reese’s shot was saved following another good run from Pritchard.

Reese was in again on 36 minutes, bursting through two tackles, but she blazed her shot well over when well-placed.

Two minutes later, however, Reese conceded a free-kick on the edge of the box, but the shot – though it beat the wall – was at a comfortable height for Morgan to gather.

Hughes should have doubled her tally on 41 minutes, when Mackenzie put her through one-on-one again, but a heavy touch wasted the opportunity.

Dutton and Reese both then showed great touches to turn in the 43rd minute, and Reese got into the area but she fired a venomous right-footed shot over.

Reese was in again just before half-time, beating a defender and pulling back for Dutton, but the ball was just behind Wrexham’s stand-in captain and she shot over.

After the break, however, Wrexham’s pressure finally told. Mackenzie played Pritchard in on 51 minutes, and the winger held off a tackle and prodded the ball beyond the onrushing keeper to double the lead.

Shannon Owens mistimed a header at the other end from the restart, but the Pwllheli midfielder’s attempted lob was well over.

A minute later, Pritchard played Hughes in, but the striker was tackled trying to beat the goalkeeper.

She did not have to wait long for her second goal though. On 54 minutes, TJ Dickens beat the offside trap and played a low ball across goal, which Hughes finished low from close-range.

Hughes was in again on 59 minutes, combining with Pritchard to get onto a loose ball, but the goalkeeper parried her effort.

A drinks break and substitutions slowed the game down, as Jodie Davis, Scott and Amy Glendenning all came on for Wrexham.

But Scott added Wrexham’s fourth on 83 minutes, after good combination play between the attacking players.

Hughes played in Scott, who helped it on to Pritchard and, though the winger was fouled in the area, the referee played advantage and Scott fired beyond the goalkeeper from 18 yards.

Glendenning’s pressure then won possession deep in the Pwllheli half on 86 minutes, and she played Hughes in. The striker pulled back but behind Glendenning, but Pritchard finished at the second attempt at the back post.

Hughes then capped a fine win by sealing her hat-trick from her penalty spot in the final minutes, after she was brought down in the area when about to pull the trigger anyway.

Player of the match: TJ Dickens