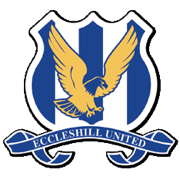 Wrexham AFC Youth bounced back from back-to-back cup exits by maintaining their 100% win streak in the league.

Goals from Kai Evans, Dan Jones and Harry Bell turned the game on it's head after an early opener from Jonas Ndombassi.

Dan Nolan's young side have now made it four wins from four in the division and sit pretty at the top of the National League Youth Alliance (Group H).

Nolan made two changes to the side that lost on penalties to Caernarfon as Adrian Krol replaced Louis Parr in goal and Jacob Milner started his first game of the campaign, with Dan Davies rested.

Both sides made a good start to the game with neither side shying away in the early exchanges.

It was the visitors who took the lead after just seven minutes as a mix-up between Krol and Rowan Davies allowed Ndombassi to force the ball home from close range with the goalkeeper unable to clear in time.

United - defending a lead and an unbeaten start themselves - proved to be good value throughout but were never stopping the leveller on 22 minutes.

Evans picked up the ball wide left before cutting inside and curling an audatious effort into the top right corner of the visitors net.

They say you're most vulnerable when you've just scored but it proved the opposite for Wrexham as immeditely after the re-start Jones won the ball back and ran the length of the half to finish with aplom into the bottom corner from the right.

Evans almost had a second on 34 minutes after driving through the middle, but dragged his effort wide.

Eventualy Wrexham did have a third and some breathing space as Evans and Jones linked up down the left before the latter crossed for Bell to tap home.

Eccleshill carried a threat and rarely made things comforable for Wrexham - with the visitors beginning the better of the two in the second half.

All United lacked was that final killer ball or sharpness in front of goal, as Krol rarely had a save to make but the Polish shot-stopper plucked a number of dangerous crosses from the air as the half continued.

Wrexham had chances of their own, Milner forced the goalkeeper into a save whilst also putting one wide whilst Caleb Hughes' first touch after coming off the bench put himself through, only for some heroic defending to deny.

Wrexham maintain their winning league record before travelling to Buxton next week.

Man of the Match: Dan Jones