Wrexham AFC are delighted to confirm back-to-back Player of the Season winner Luke Young has been named as club captain for the 2021/22 season.

Midfielder Young, 28, is entering his fourth season at the Racecourse Ground and will take over the armband following Shaun Pearson’s departure.

The Devon-born ace has become a popular figure at Wrexham, also winning two Goal of the Season trophies and finishing last season as top scorer with 11 goals too.

And manager Phil Parkinson said Young was the obvious choice for captain, thanks to his character on and off the pitch.

Parkinson said: “Luke’s a very good professional, he’s been excellent since I walked into the building in terms of the way he’s gone about his business on the training ground and he’s a very good player.

“He sets an example with the way he trains and plays and he’s well respected amongst the lads.

“It’s recognition of not just what he’s done in my short time here but he’s also before I arrived - he’s a good player to wear the armband for us.”

Young first arrived at the Racecourse in May 2018, having previously played more than 200 league games across his spells with Plymouth Argyle and Torquay United.

His move north has proved successful, however, and in May this year it was confirmed he had become the first back-to-back Player of the Season winner since Gary Bennett in 1995.

Young was one of a number of players to wear the armband in pre-season, and staked his claim for the captaincy when he led the team out at the Racecourse as fans returned for the match against Curzon Ashton. 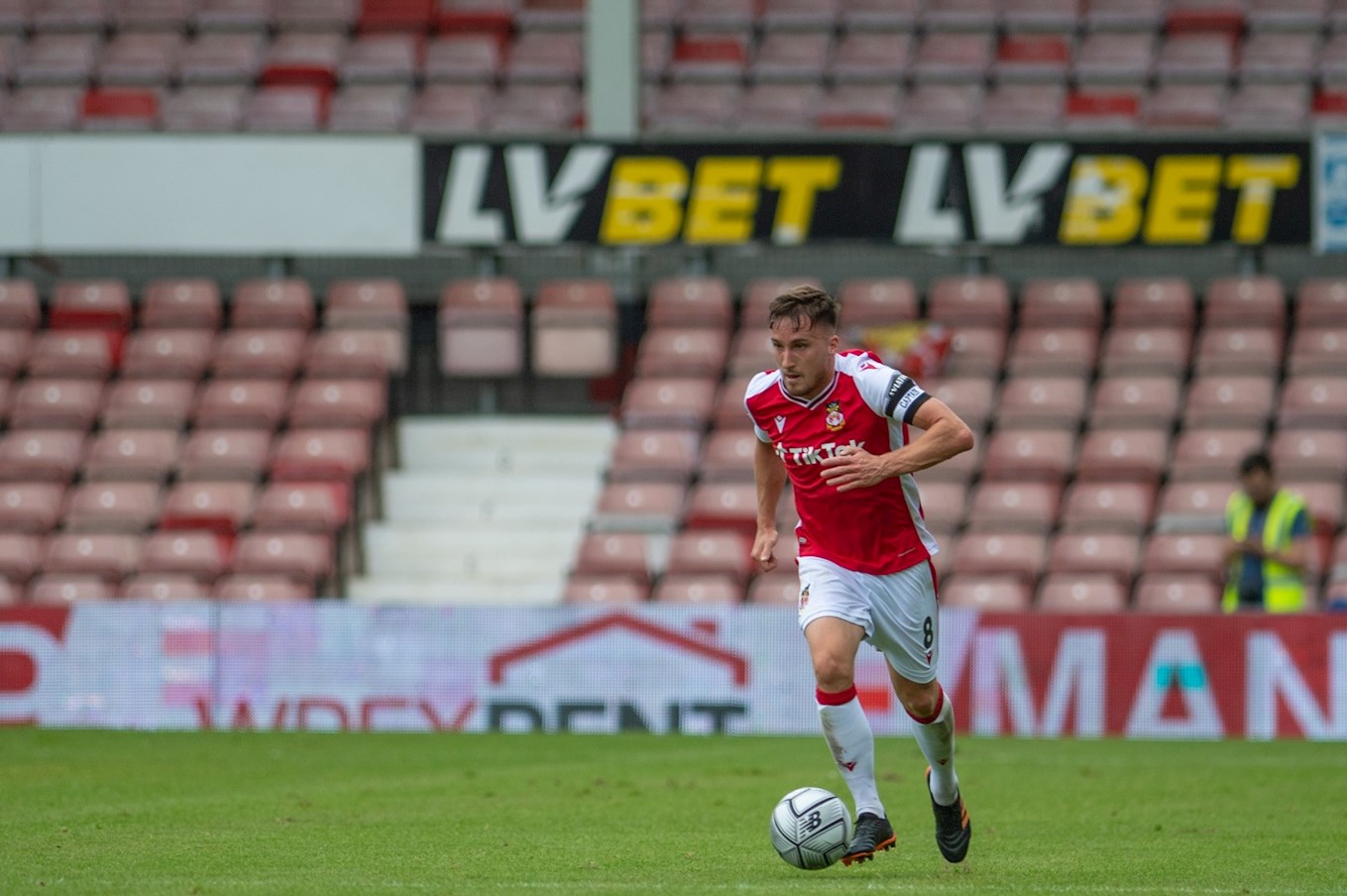 “He [Phil Parkinson] pulled me after training on Monday and asked what I thought of taking the armband and I said I’ve got no problem with it, it’s an honour and a privilege to captain such a big club and hopefully we can have a successful season both on and off the pitch.

It’s not a free ticket for me into the starting eleven each week, I’ll still treat it like I’m up for selection, it won’t be any different.

“I’ve had three good years up here now and feel like I’ve had a good relationship with the supporters, all I do is give my best every day on and off the pitch and it seems to be noticed by the fans and the people around the place, that’s not going to change now that I’ve got the armband, it’s not going to change what I do or who I am.”