Wrexham AFC are delighted to announce the signing of midfielder TJ Dickens for the upcoming Genero Adran North league season.

Dickens previously played for Rhyl in the Welsh Women’s Premier League and Connah’s Quay Nomads Ladies – being named Manager’s Player of the Season at the latter in 2019/20.

But the 24-year-old, who appeared as a trialist in Wrexham’s 6-1 win at the Racecourse Ground against Northop Hall, said she had no doubts about joining Mari Edwards’ team.

Dickens – a versatile midfielder with a good attacking record – is the latest high-profile player to join the Club this summer.

And she said it was the quality of players already brought in that tempted her to make the move. 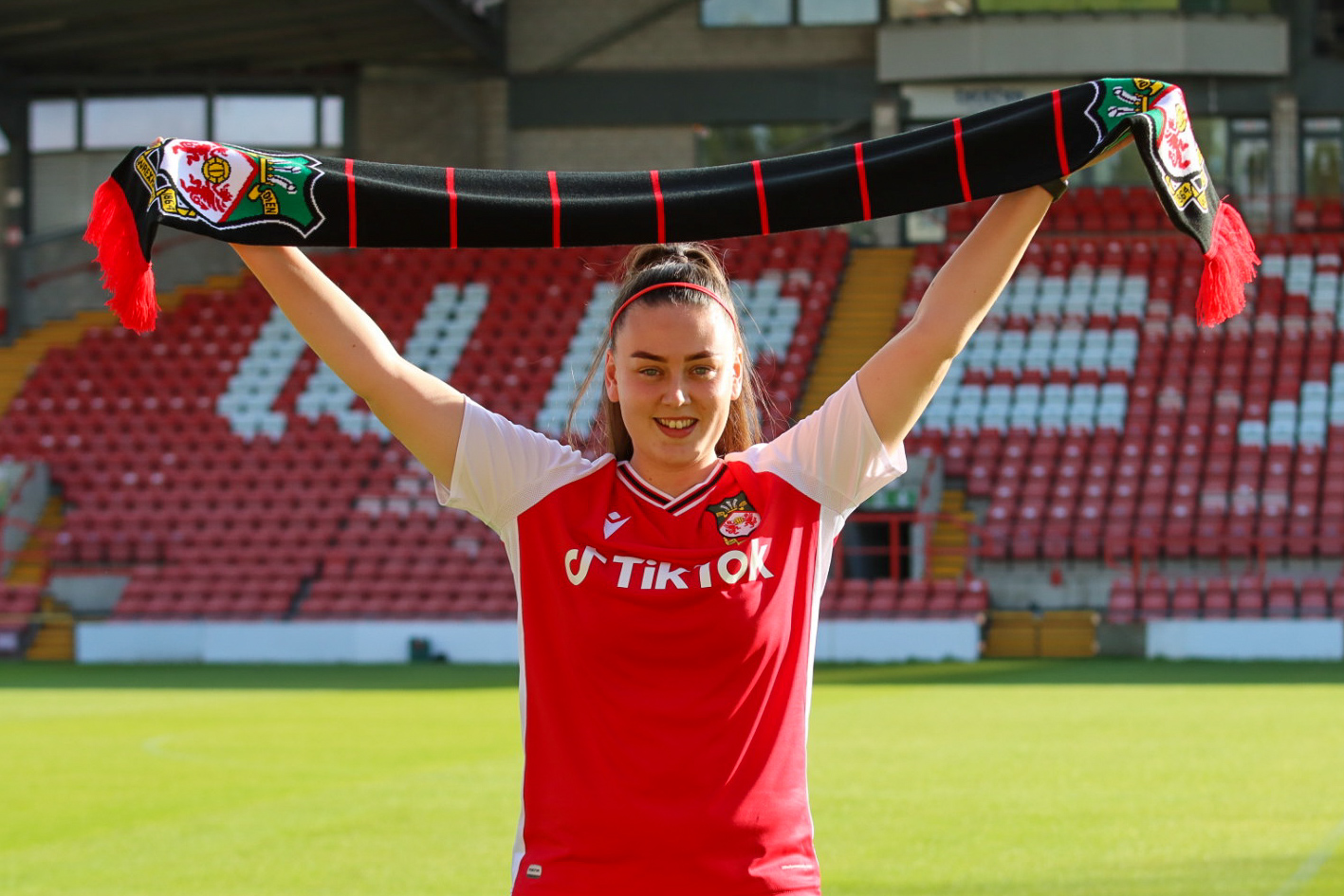 “I feel very good about signing,” she said. “Wrexham have made a lot of new signings, who are really good players, and I’m looking forward to playing with them.

“It wasn’t a difficult decision to come here.

“I know Mari Edwards well from playing against her, and I’ve heard from others she’s a very good coach as well. I’m just looking forward to getting going again. I’m raring to go.”

Of her first new signing since taking charge, Edwards said: “It’s great to bring in a creative forward who will assist goals this season.

“We needed another skilful playmaker in this squad and I’m happy to have been able to sign a player of TJ’s calibre.”