Congratulations to Wrexham AFC Head of Physical Performance, Owen Jackson, who completed November’s Prostate United fundraising efforts by running 5km each day for all 30 days of the month.

Football club staff from across the UK united to join the mammoth fitness challenge, raising money for Prostate Cancer UK, and we are proud to say Owen represented Wrexham in joining the huge nationwide effort.

Often seen completing laps of the Racecourse Ground pitch after training last month, Owen completed 150km across the course of the month and you can still sponsor him here.

‘Prostate United’ is a month-long fundraising effort created by Rotherham United duo Stephen Gilpin and Ross Burbeary, and sees hundreds of football club staff run or cycle every day each November since 2018 to raise funds in the fight against a disease that kills one man every 45 minutes.

Since its inception as a two-man challenge three years ago, Prostate United has branched out into the sporting landscape, with participants running or cycling at clubs across the English football pyramid and the USA - as well as rugby league and ice hockey club staff – raising more than £170,000 for Prostate Cancer UK.

On the challenge, he said: “I think it’s great to see staff from tons of football clubs getting out and doing their bit to raise awareness.

“I’m proud to have raised the money I have so far – it really means a lot and the money will go towards ground-breaking research and treatment.”

The challenge is the brainchild of Millers duo Gilpin and Burbeary, who were first inspired to lace up their running boots following the death of Stephen’s grandfather, Norman, from prostate cancer.

Stephen said: “In pre-season in 2018, the gaffer Paul Warne actively encouraged the group to discuss inspirational stories or personalities that have impacted our lives. I chose to speak about my grandad, who we sadly lost to prostate cancer. He played a huge part in my life and the discussion raised a motivation and ambition to emulate this great man in any way I can.

“Prostate cancer is the most common cancer in men and knowing that has certainly drove us all on over the last three years. We’re delighted that the football family is coming together once more to raise money and awareness for a fantastic charity that’s close to my heart.”

Nicola Tallett, Director of Fundraising and Supporter Engagement at Prostate Cancer UK said: “Prostate United has really captured the imagination over the years, and it’s been fantastic to see the football family coming together again in support of men affected by prostate cancer and their families.

“To run or cycle every day for a month is no mean feat – especially considering the busy schedules of their clubs - so we’re incredibly grateful for the support of the Prostate United team.

“The funds raised by Stephen, Ross and every club and individual involved will be invested into research into better tests and treatments to stop prostate cancer being a killer. We thank the Prostate United team for their wonderful support and wish them all the best for November.”

If you would like to sponsor Owen, you can visit his JustGiving page here. 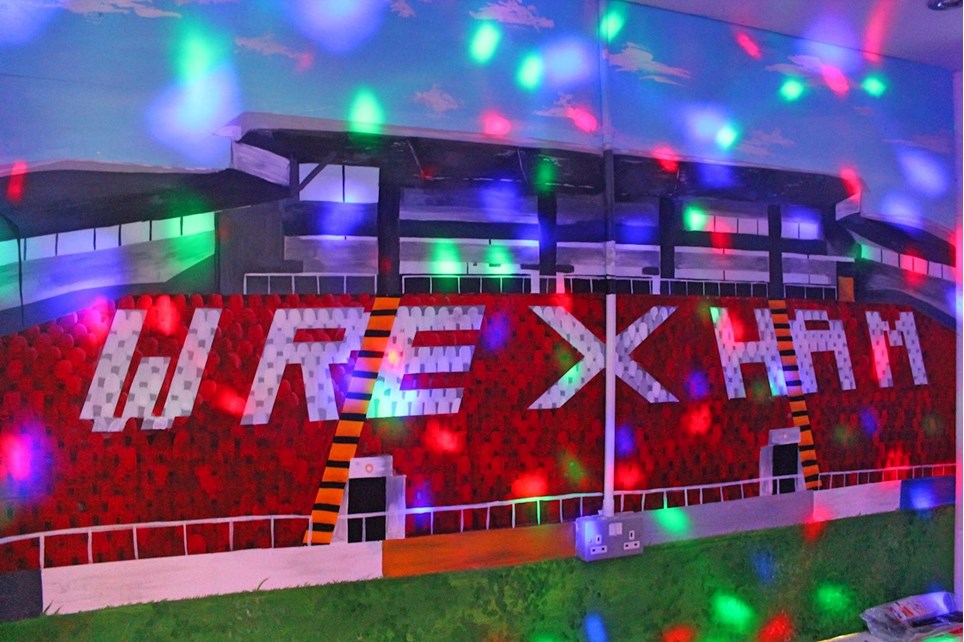 
We are pleased to confirm our quiet walkabout sessions, for supporters with sensory overload, will be returning with our first walkabout of 2022 scheduled for Thursday January 20 at 3.30pm. 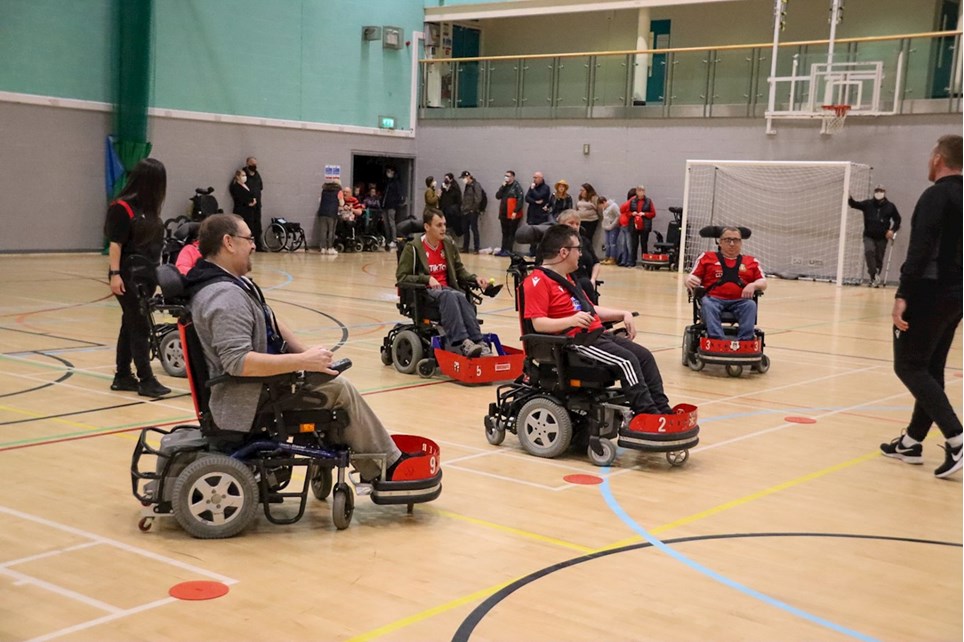 
We are pleased to confirm Powerchair Football sessions will restart from Friday January 21. 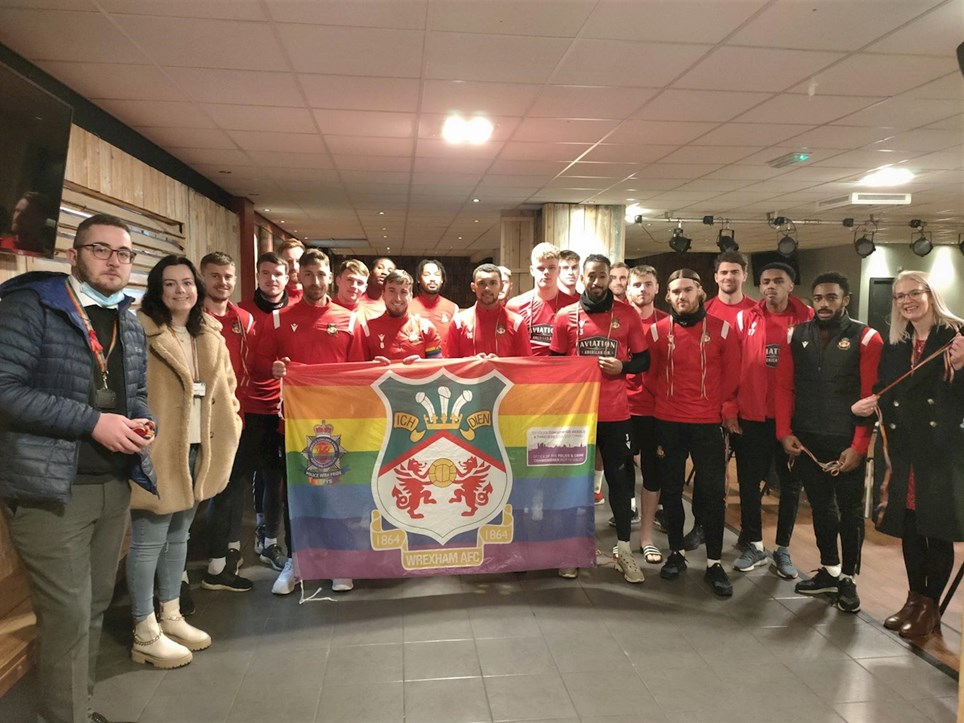 
Wrexham AFC are proud to be joining the Vanarama National League in supporting Stonewall UK’s Rainbow Laces campaign at this evening’s home game against Weymouth. 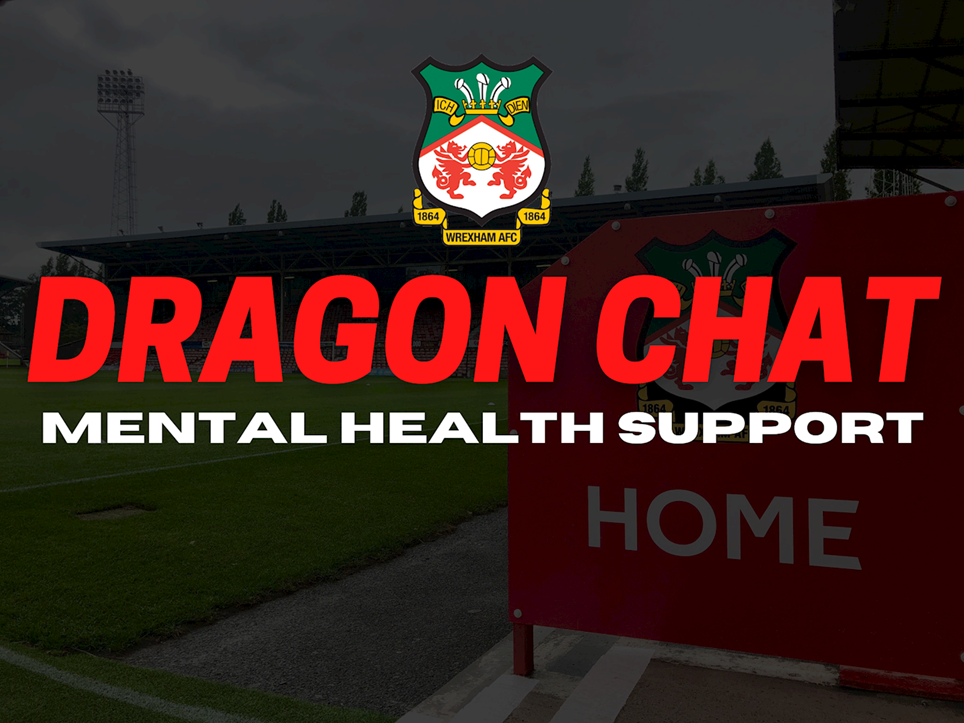 
Mental health concerns can affect any of us at any time; we are all vulnerable to the stresses of life and nobody is immune to the challenges especially during the current pandemic.