Jordan Davies ended a week of personal tragedy off the pitch with two goals on it, as Wrexham eased into the Buildbase FA Trophy fourth round with a home win against depleted Gloucester City.

Davies volleyed Wrexham in front, before doubling the tally with a sumptuous goal before the break.

Max Cleworth powered in his first Wrexham goal after the break, before Kwame Thomas marked his first start since March with a goal too and substitute James Jones capped a dominant win.

With several players absent for a combination of COVID-19, injury and suspension, it was a strong Wrexham side which faced a youthful Gloucester team.

Thomas was the most notable player to come into the team – the big striker starting for the first time since rupturing his Achilles before Easter.

Tyler French, Cameron Green, Jordan Ponticelli and Harry Lennon also came into the team, while Cleworth retained his place and was pushed into midfield.

Wrexham were patient in the early stages – the only chance of note falling to Cleworth on nine minutes, when his controlled volley dropped wide after Green’s cross was headed clear.

At the other end, Ryan Galvin strode forward from left-back on 21 minutes but his ambitious long-range drive was high and wide of Rob Lainton’s goal.

Davies should have scored a minute before he broke the deadlock, from a well-worked Luke Young corner which saw him peel off his man at the back post but somehow side-foot wide unmarked.

He volleyed Wrexham in front on 24 minutes though, making much better contact to meet Cleworth’s cross and hammer it in off the underside of the bar.

Davies was volleying goalward again in the 28th minute, this time on his right foot from Bryce Hosannah’s cross, but Marlin Brzozowski saved low.

He did get his second on 32 minutes though, and in some style. The midfielder cut inside from left, into space created by Thomas’ run, and unleashed a stunning strike with the outside of his left foot into the top corner.

Thomas then went close himself on 34 minutes – his left-footed effort deflecting wide before his header missed the target when the resultant corner was not cleared.

Cleworth got his first Wrexham goal three minutes after restart – unleashing a thunderous left-footed shot from 20 yards that Brzozowski could only stand and watch fly high into the net.

Thomas made it four on 57 minutes, meanwhile – slotting in right-footed across goal after Ponticelli had been unable to get a shot away.

He thought he had a second on the hour, sliding in from Bryce Hosannah’s inch-perfect right-wing cross, but the offside flag was raised.

Davies could have completed a hat-trick on 70 minutes, spinning a tackle but shooting wide left-footed as space opened up before him.

That was Davies’ last action as he was replaced by James Jones, and Thomas by Bickerstaff moments later.

And less than a minute after coming on, Bickerstaff raced forward and, when his pull-back was deflected, Green squared for Jones to side-foot in.

Kai Evans came on for his Wrexham debut in the 79th minute, replacing Ponticelli, but the game eased to its conclusion as the Red Dragons booked their fourth-round spot. 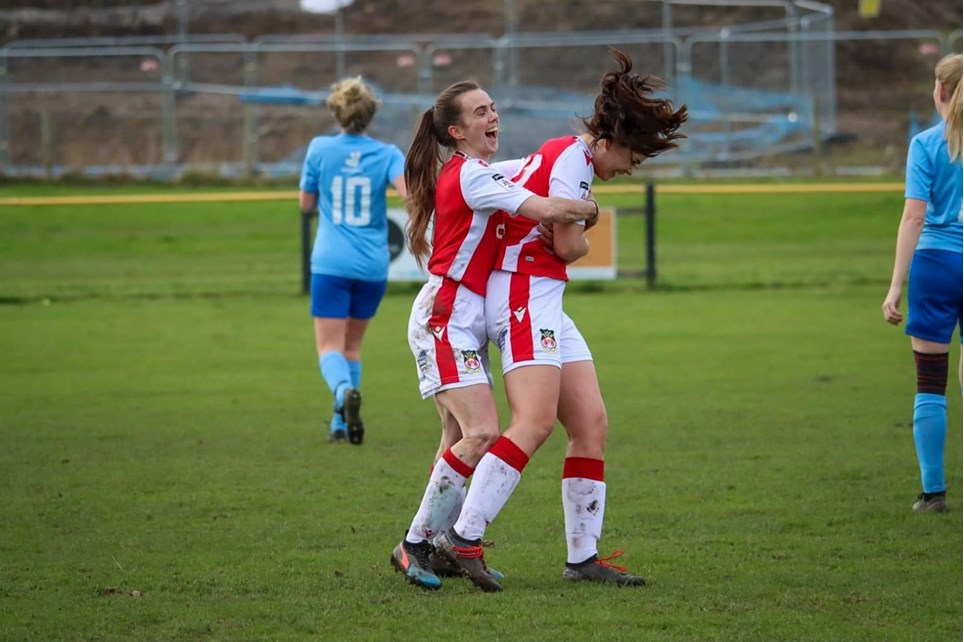 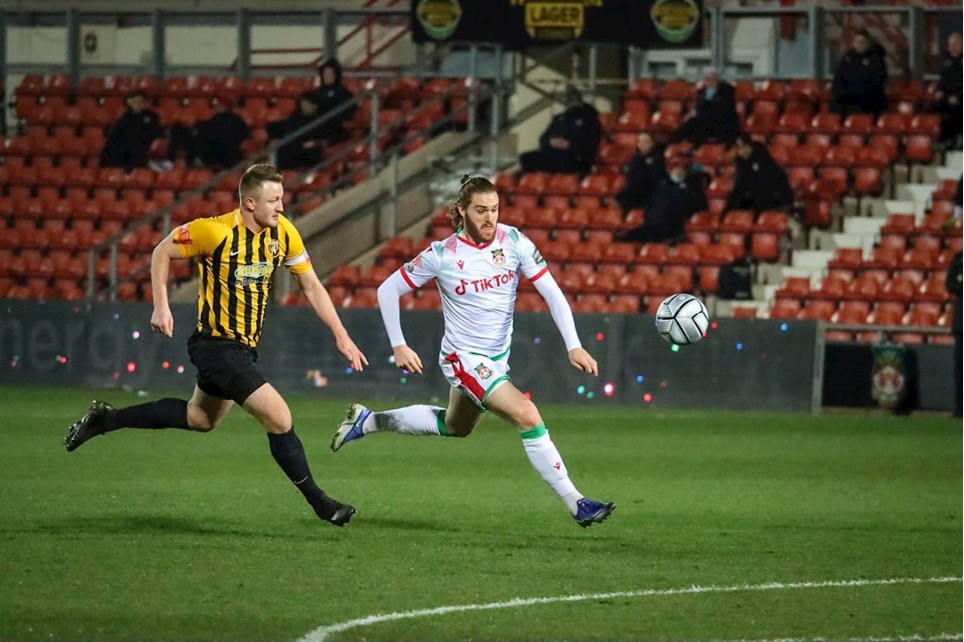 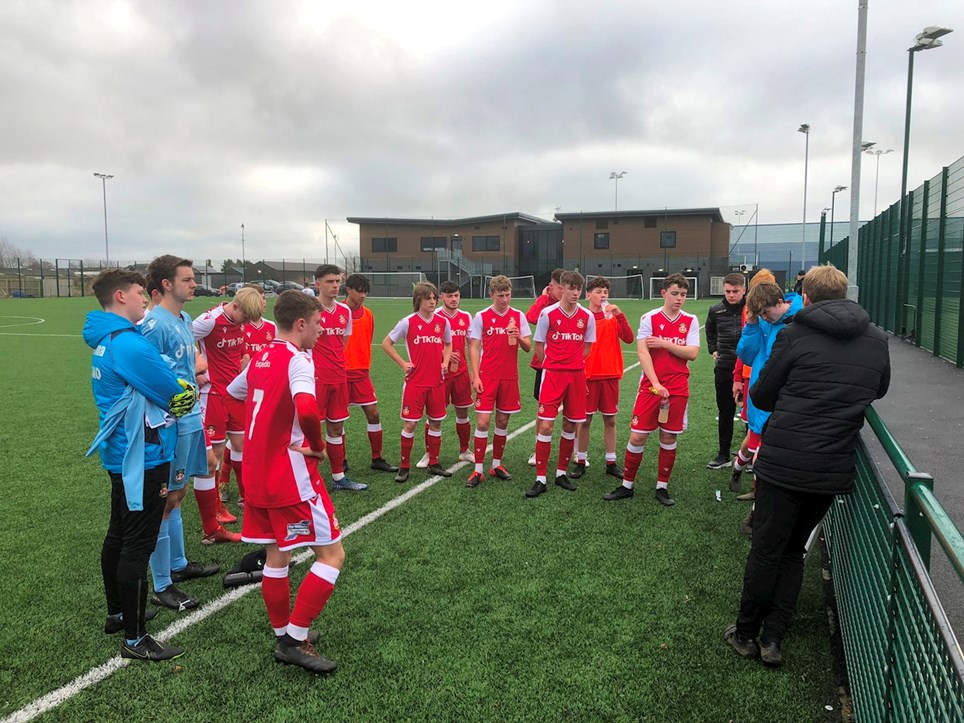