No matter how fast the pace of change is, both in the game and society in general, it seems that we never really learn anything in football. Commentators still mutter disapprovingly whenever a goalkeeper punches the ball. In the macho world of British football, bravado is all, and somehow punching the ball has become something to sneer at: a sign of softness and continental-style weakness.

“You’d never see the great British keepers punch the ball” seems to be the implication, as if every keeper in the Football League used to emerge fresh from the pit, flat cap and rollneck sweater on, ready to catch absolutely everything rather than start down that exotic, European road which starts with punching a cross and ends with buying haircare products and having a shower every week.

Of course, this is all complete nonsense. British goalkeepers used to punch the ball all the time, partly because they were often not as tall as their contemporary counterparts, and partly because in the days when a centre forward was allowed to score a goal by simply jumping into the goalkeeper as he caught the ball and smashing him into the net, broken ribs and all, keeping hold of the ball wasn’t the percentage option! 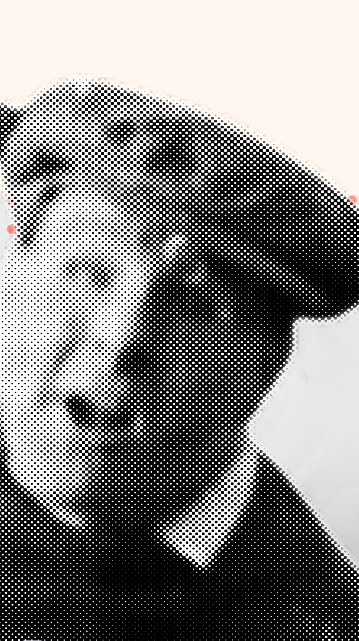 Archie Ferguson was a fine proponent of the expedient punch. A short, powerfully-built goalkeeper, he started his career in his native Scotland but lost a chunk of his playing days to the Second World War. When the conflict ended he moved south of the border, winning the Third Division North with Doncaster Rovers before arriving in North Wales.

Ferguson wasn’t a big man, but he certainly knew how to handle himself, and his reputation soon meant that centre forwards approached him with caution: he was known for getting his retaliation in first, charging out to flatten strikers and then turning on them and having a go at them!

His lack of height wasn’t really the disadvantage it might be these days: the heavy ball played with in those days would gain even more weight as it soaked up surface water on wet days, and tended to keep low anyway, so being small enabled a keeper to get down to shots more easily, and when it came to a high ball keepers weren’t really expected to play the hero and try to catch it, but would just try to push it on if they were in a crowd.

Ferguson used to work on his technique by working on a punchball in the changing rooms in The Turf while the outfield players slogged through laps of The Racecourse in training.

Naturally, a player with such a pugnacious manner soon became a favourite of The Kop, but things didn’t go terribly smoothly for Ferguson at The Racecourse: he was already in his thirties when he arrived at the club and was considered to be a little past his best. A disagreement with another hard task-master, manager Peter Jackson, and the arrival of Robert Connor, saw him lose his place in the first team.

Indeed, he even lost his place as second-choice for a change when a young keeper, Bill Hayes, arrived from Ireland, but Ferguson showed his magnanimous side in a reserve match which Hayes had been selected for ahead of him. It was one of Hayes’ first games for the club and his nerves weren’t helped by the conditions: freezing conditions meant he was struggling to feel his fingers! However, Ferguson realised that the weather might trouble Hayes, and came running out of the tunnel early in the first half, having rustled up some form of concoction in the changing room to smear over Hayes’ hands which heated the keeper’s frozen digits!

Ferguson’s Wrexham stay had soured by the time the club drew First Division Stoke City in the third round of the FA Cup in January 1953, and the trip to the Victoria Ground would represent a bitter conclusion to his time in North Wales.

Having managed just six games the previous season following Connor’s arrival, Ferguson reclaimed the number one shirt at the start of the campaign, but lost it in September. However, he got back into the side a week before the cup tie and held onto his place for the big match. It wasn’t an unpopular move with his defenders, who enjoyed his voluble presence behind them.

A procession of coaches and trains took a large following from North Wales and their team played well, contemporary reports suggesting that a draw wouldn’t have been an unfair result after a pulsating cup tie. However, they were playing catch-up after going 2-0 down, and although his team mates defended him, both goals were widely ascribed to errors by Ferguson. Tommy Tilston pulled a goal back but it wasn’t enough: Wrexham lost 2-1.

That was the last straw for Ferguson. Whatever his colleagues on the pitch felt, Jackson had had enough. Ferguson never played for Wrexham again. A small figure, but a big personality, perhaps he was exactly the sort of character who would be popular with players and fans, but was likely to rub an autocratic manager up the wrong way once too often.