Wrexham go into this game having been frustrated since the emphatic win at Barnet a fortnight ago. Since then we suffered a 3-2 loss at Maidenhead, despite fighting back bravely with 10 men, and dropped two points at home to Torquay despite dominating the first hour.

With Paul Mullin still suspended, and Jake Hyde out after limping off at Marine, Jordan Ponticelii and Dior Angus will fight it out for a place up front, but elsewhere in the team there is better injury news.

Luke Young returned ahead of schedule from the knock he picked up at Aldershot last Saturday, and Phil Parkinson is hoping that a midweek game between his squad will have allowed a few more absentees to get minutes in their legs and be available for selection.

Harrogate onsolidated their position in their first season in the Football League, coming 17th in League Two in the Summer, and have started this season well. However, three defeats in four games, culminating in a 1-0 home loss to Bristol Rovers, has seen The Sulphurites slip from second in the table to seventh.

Simon Weaver's leadership of the club, and the way he has guided Town up the divisions has earned him a great deal of respect inside the game. Their recent results have given him cause for concern, though, and he has suggested he'll give a couple of players a chance to prove themselves in Saturday's match.

”We’re pretty steady with the selection,” he told the Harrogate Advertiser, "there’s not going to be four in, four out, but Saturday will be a chance for one or two to come in and stake a claim."

Luke Armstrong, who has followed up his prolific role in Hartlepool's promotion last season with 8 goals for Harrogate in this campaign, is a doubt as he injured his shoulder last weekend. 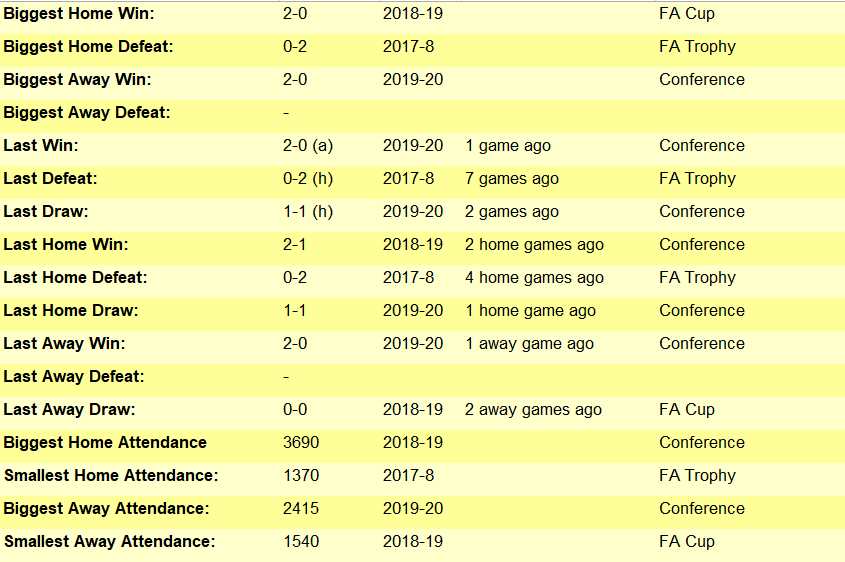 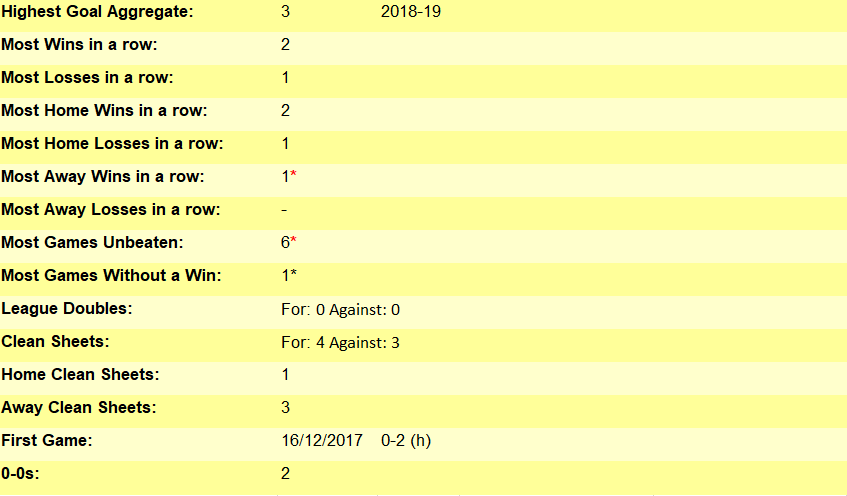 Our record against Harrogate Town in the FA Cup is restricted to a preliminary round clash three seasons ago. We were drawn away to The Sulphurites, who at the time were also in the National League Premier, and battled out a goalless draw.

The replay saw us progress to the first round with a 2-0 victory, through second half goals by Akil Wright and Luke Young.

Although our history with Harrogate is limited – we’ve faced each other a mere seven times, going back to 2017– that’s not the only cup action we’ve experienced against them.

Our first clash was an FA Trophy tie at The Racecourse, and a half-strength side lost 2-0, with ex-Wrexham loanee Mark Beck grabbing both goals.

That’s the only loss we’ve suffered against them, though: since then we’ve won three and drawn three.

We're unbeaten at Wetherby Road, with 2 draws and a win to our names.

That victory was a magnificent effort. In January 2020 we travelled north with the odds against us: we were locked into a battle against relegation, while the home side were heading for promotion. However, we started impressively and took a deserved lead when some clever play from Dan Jarvis earned a free kick which James Jennings dispatched into the top corner.

After that, Town put us under enormous pressure but we defended our penaty area superbly, and struck again on the break, a fine solo goal by JJ Hooper securing victory.

Our first game at Harrogate was a tight affair which ended goalless, although Mike Fondop missed a great chance when he broke clear of the home defence to clinch the points.