A Wrexham versus Chesterfield match never needs much hype, as the recent history between the two sides is riddled with significant matches and dramatic conclusions.

This match feels particularly massive, though – not quite an FA Cup quarter final, but nothing to be sneezed at. Both clubs have committed to trying to get out of the National League this season, and clash at a fascinating point of the season.

Wrexham’s newlook squad showed signs of settling into a formidable unit as Aldershot were swept aside on Saturday. However, the match was abandoned due to a waterlogged pitch, and the frustration of such a pointless journey was massively exacerbated by injuries picked up by both the club’s captains, Luke Young and Ben Tozer. Their absence means Phil Parkinson’s squad depth will be put to the test against the most difficult of opponents.

Chesterfield, meanwhile, went into Saturday as the league leaders, but suffered a surprise 3-1 defeat at Woking. Saidou Khan grabbed an early goal for the Spireites, which they held for over 50 minutes, but the game turned dramatically in the closing stages to condemn James Rowe’s side to a first loss of the campaign.

That made it two consecutive games in which Chesterfield have dropped points by conceding twice on the closing moments. The previous Saturday they lead Torquay United 2-0 at home with two minutes left, but had to settle for a draw; at Kingsfield it was 1-1 in the 87th minute.

Chesterfield made a massive financial commitment last season in pursuit of promotion, with 39 players used in the course of the campaign. They’ve backed Rowe again this Summer, with a further 9 players coming in.

Their most notable capture was undoubtedly Kabongo Tshimanga, who was the National League’s top scorer last season. His move from Boreham Wood hasn’t affected his efficacy in front of goal as he’s the top scorer again this season with an impressive 9 goals from 9 starts. 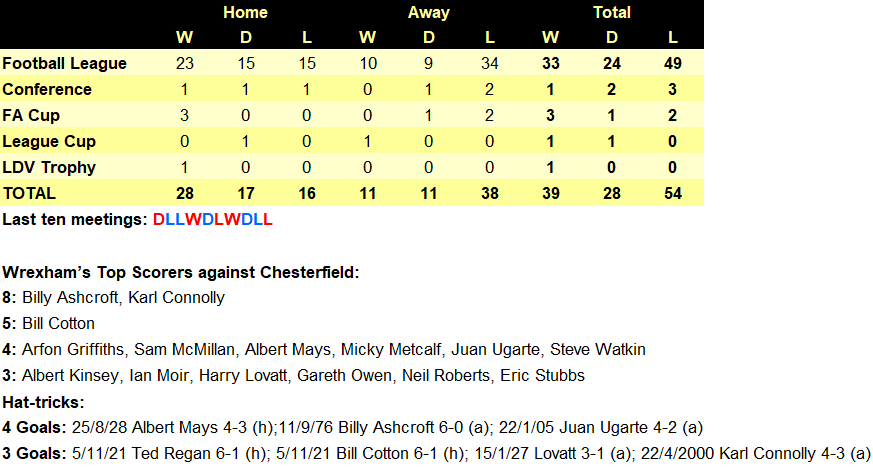 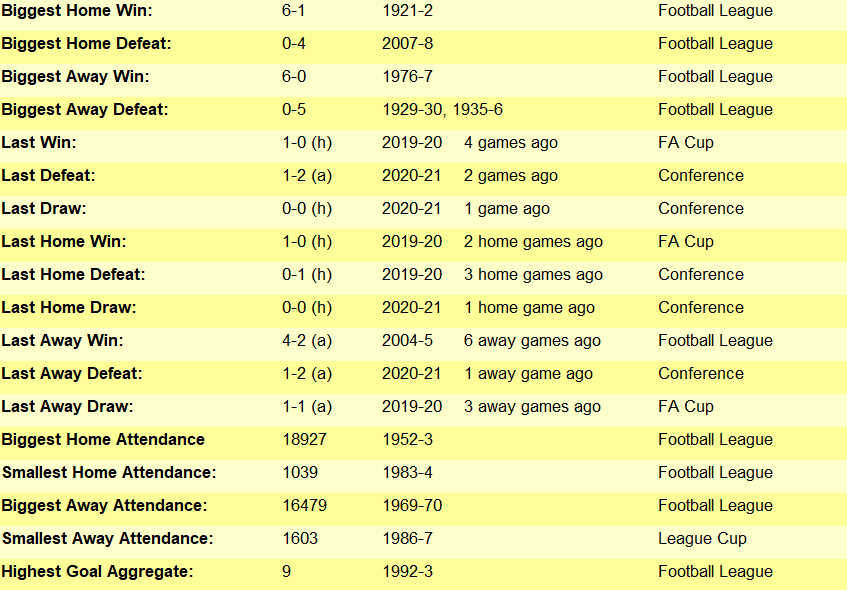 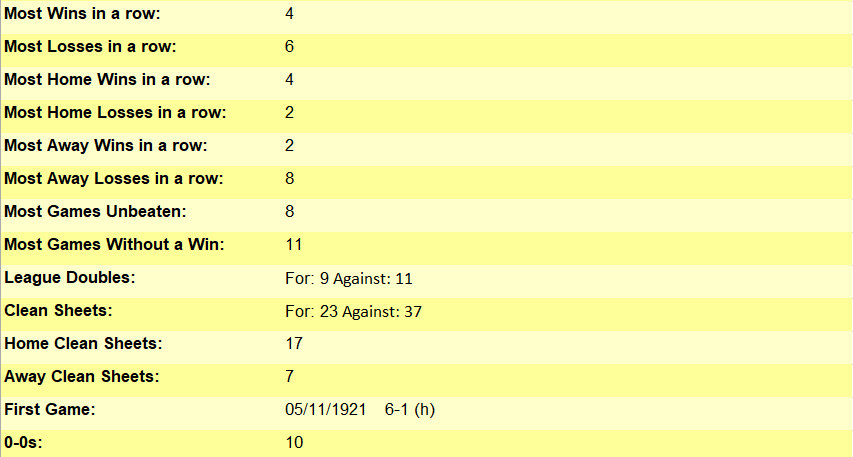 As I mentioned earlier, this fixture has quite a history. It goes back to our first meeting in 1921, our first season in the Football League, when we beat Chesterfield 6-1 with two players scoring a hat trick.

With 114 clashes under our belt, The Spireites are one of our most regular opponents, and they have the upper hand. They have 54 wins to our 39, and have claimed 16 victories at The Racecourse. More recently, we’ve only won 4 of our last 16 games against them.

That 6-1 win stood as our biggest win over Chesterfield for 55 years, until September 1976, when Billy Ashcroft hit four goals in a 6-0 win, and he isn’t the only Wrexham striker to score four in a game in this fixture. Albert Mays got the ball rolling in a 4-3 win in 1928 and Juan Ugarte repeated the feat 77 years later as we won 4-2 at Saltergate.

Four other players have hit a hat trick against the Spireites: Ted Regan and Bill Cotton were the players who achieved that feat in 1921, and Lovatt did so 6 years later. In April 2000, Karl Connolly struck three times in a 4-3 away win.

Of course, the 1997 FA Cup quarter final stands head and shoulders above all other meetings between these two sides, with Chris Beaumont scoring the only goal. Their reward was a magnificent performance against Middlesbrough in the semi-final which would have been rewarded with a place in the cup final if VAR had existed then: as it was, they were subjected to surely the most appalling cases of daylight robbery in the history of the venerable competition.

In recent years Chesterfield have enjoyed some dramatic last gasp wins at home to the Red Dragons. They’ll be satisfied with their performances at The Racecourse too: last season the two sides played out a goalless draw as we tussled for a play-off place.

The campaign before, both sides were struggling at the wrong end of the table. Probably Wrexham’s worst performance of the season saw us lose at home to a Michael Chambers own goal.

We gained an element of retribution in the FA Cup (but let’s not pretend it made up for 1997!) Bobby Grant’s goal at Chesterfield earned a draw in the qualifying round, and a neat JJ Hooper finish clinched a 1-0 win in the replay.

The first National League game between us at The Racecourse was in March 2017, and a massively wind-affected game ended 1-0 to Wrexham thanks to an Akil Wright header. 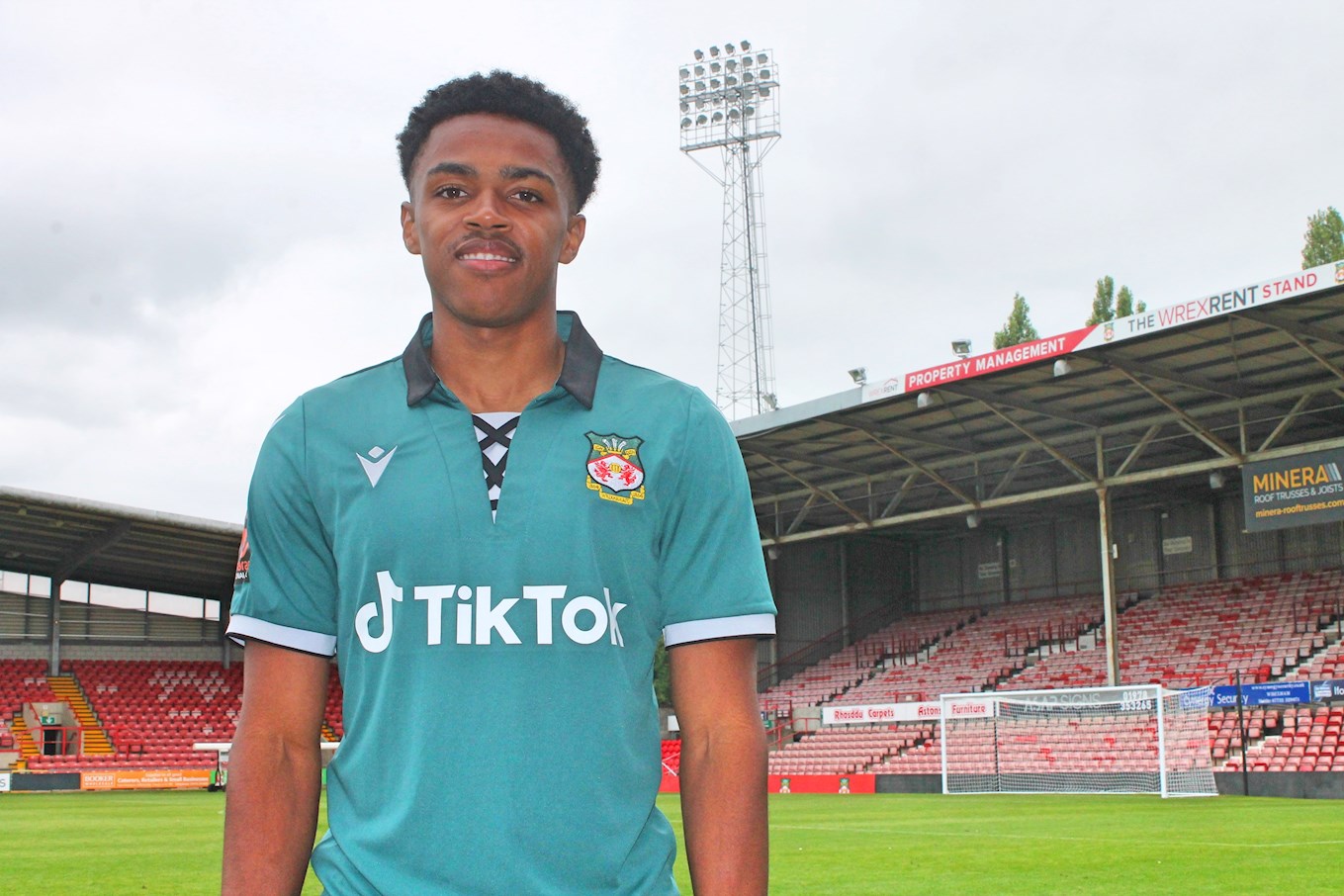 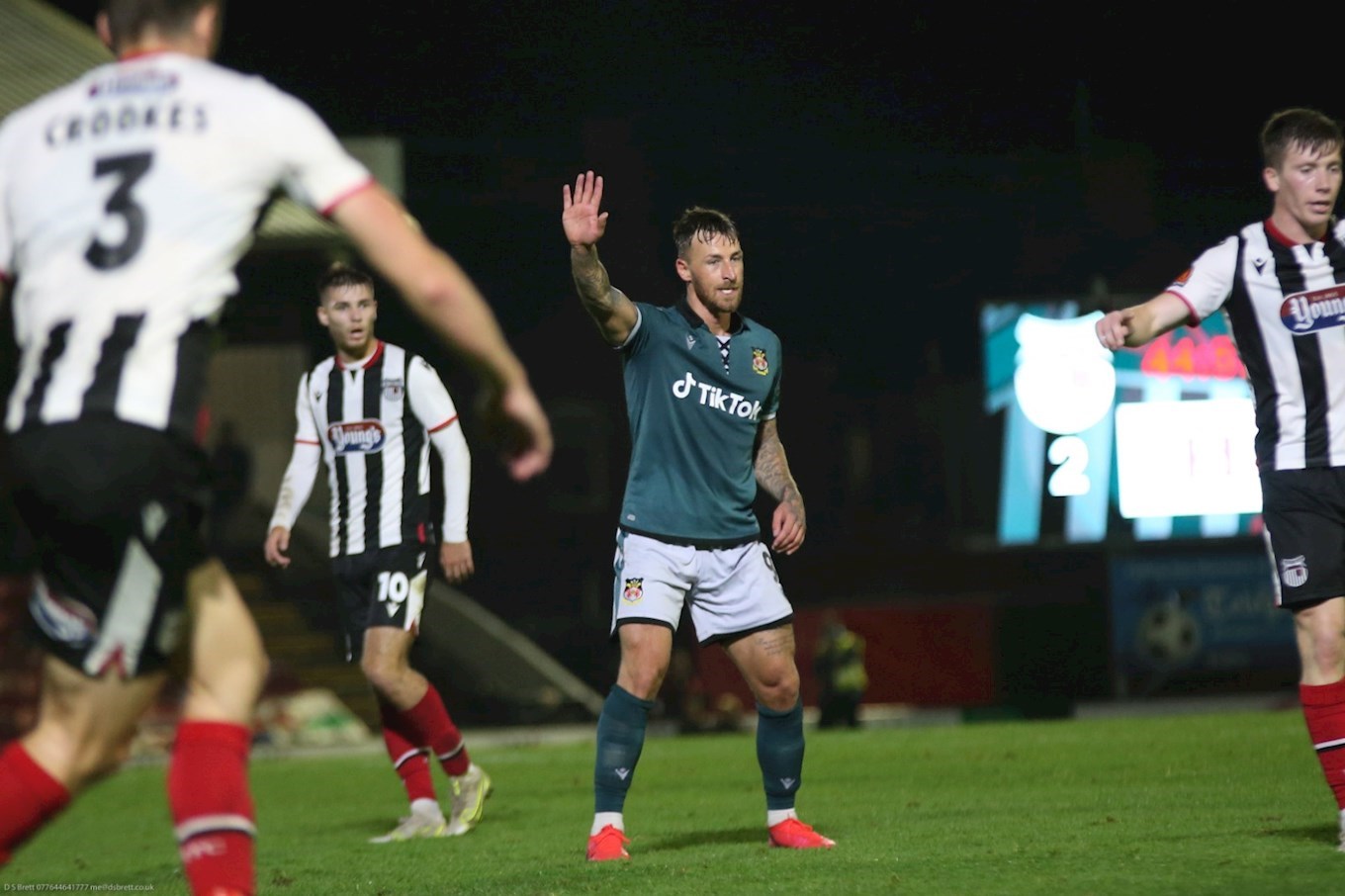 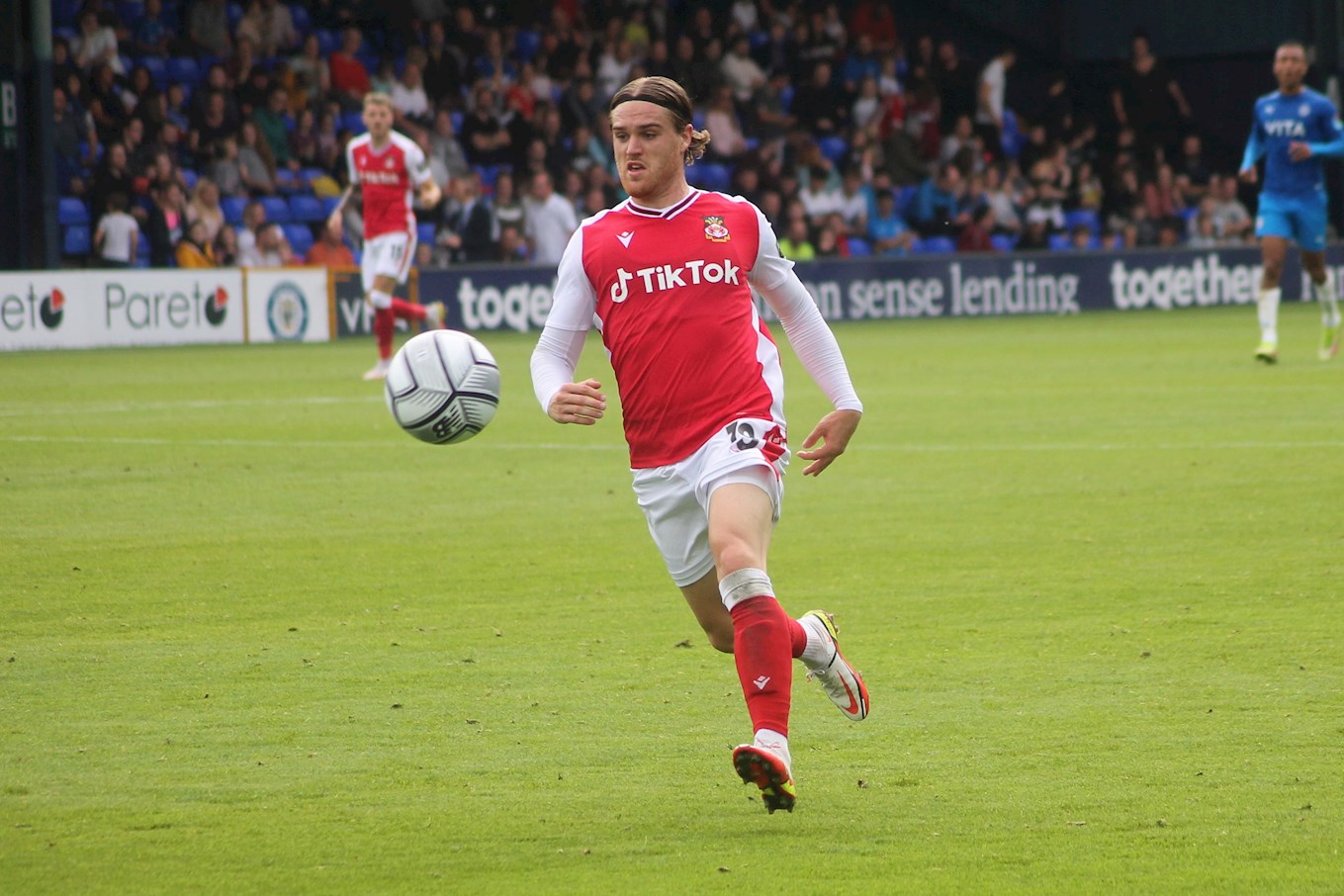