Very few players can define a generation but those that do go down in infamy for their exceptional talent and very often larger than life persona. Diego Maradona, Ronaldo, Pele and for a brief moment the football world belonged to Paul Gascoigne.

Born in Gateshead in 1967, Paul Gascoigne is one of the most iconic English footballers of all time, held in the same regard as legends that came before him including those who triumphed at the World Cup in 1966 - no mean feat for a player who would never go on to win international honours.

Gascoigne was as active off the pitch as he was on it, living as one of the last ‘old-school’ footballers, he was the definition of a fan living out his dream on the hallowed turf of his home-town club of Newcastle United.

The midfield magician went on to play for the likes of Tottenham and Lazio whilst also representing his country a total of 57 times and almost dragging England single handedly to the 1990 World Cup Final despite a yellow card meaning the geordie would miss the final should they make it. ‘Gazza’s tears’ would be printed in newspapers worldwide and re-appear every four years since when looking back at the most influential moments of past tournaments. 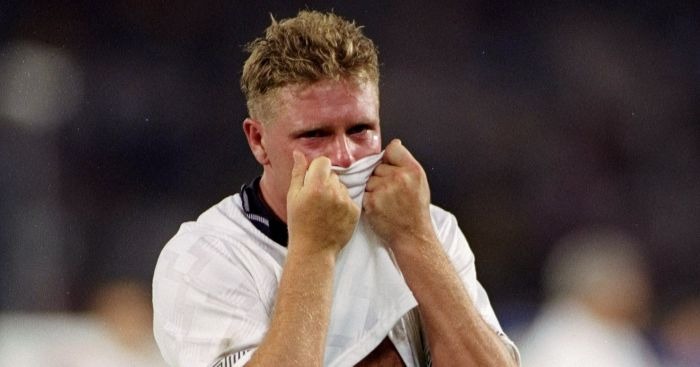 Plagued by a plethora of demons, Gascoigne would never reach the heights that at one point looked so inevitable. He would win titles in Scotland with Rangers whilst also turning out for the likes of Everton, Burnley, Gansu Tinama and Boston United.

Management would be on the cards briefly in 2005 but his troubles away from the game proved to overwhelm. A series of difficulties have plagued the English icon since with recovery from issues involving drink and drugs on and off over the previous two decades.

In this piece, we look at the time Gascoigne visited the Racecourse in the dwindling years of his top-flight career as Middlesbrough drew Wrexham in the FA Cup.

Wrexham faced Boro in the 1999/00 FA Cup having already overcome Kettering and Rochdale in previous rounds setting up a mouth-watering tie with the Premier League side. Boro’ were fancied to go well in the competition - especially with Manchester United pulling out controversially that year. However, the Ferguson family weren’t entirely out of the cup as that afternoon would showcase.

Gascoigne signed for Middlesbrough in March 1998 from Rangers for a fee of £3.45million and helped get the Teeside club promoted to the Premier League at the end of that 1998/99 campaign.

Littered with stars including Juninho, Gary Pallister and Mark Schwarzer - Middlesbrough weren’t just heading into the top tier to stay up but to compete.

Having been integral to the side, Gascoigne found time limited during 99/00. So much so that the Wrexham tie would prove to be his penultimate in a Boro shirt.

Gascoigne started the game at the Racecourse up against the likes of Darren Ferguson and Kevin Russell in the Reds’ midfield. The game began with Wrexham respectfully holding the top-flight side until the 42nd minute - when Brian Deane opened the scoring.

Still, 1-0 wasn’t a terrible scoreline and for the most part Wrexham had kept themselves in it after a good start to the game, only for the Brazilian Juninho to begin imposing himself.

Wrexham came out for the second half with all guns blazing and neither Gascoigne or Boro could cope. Ferguson threaded through a delicious ball for Robin Gibson who finished well to level. Moments later Ferguson himself would grab the winner with a fine strike from outside the box. 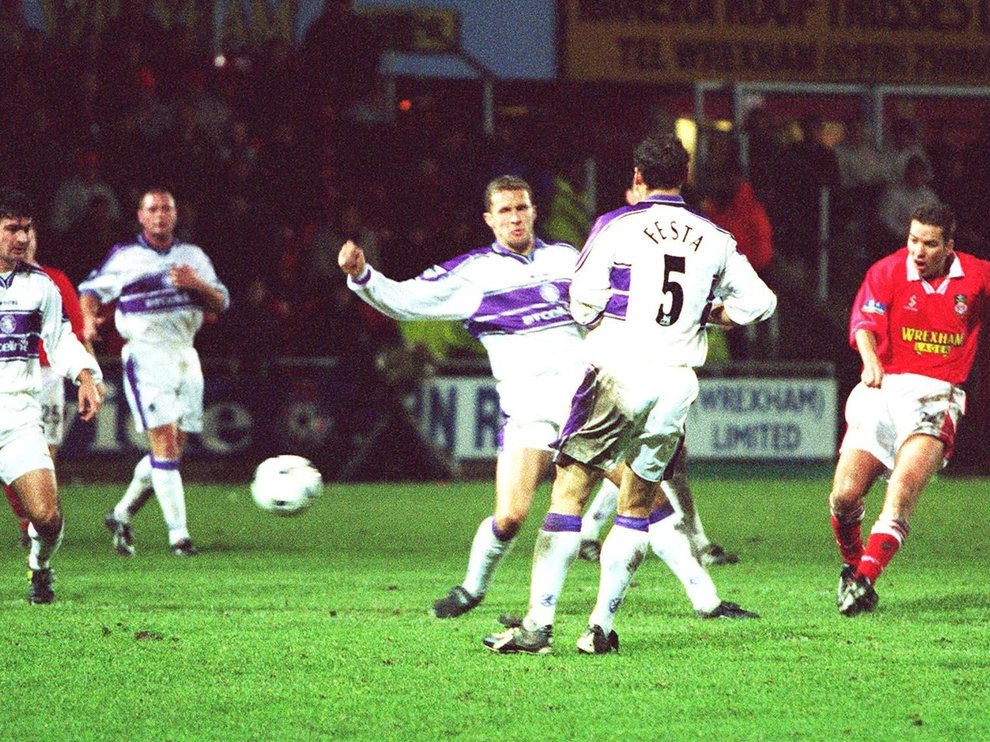 Gascoigne would be nowhere near his magic self of yesteryear as his Brazilian colleague in midfield proved the more dangerous but Ferguson’s performance - with his father and Manchester United manager Sir Alex in the crowd - the one to dominate the middle of the park.

Gascoigne won the FA Cup in 1991 with Spurs, but this would prove to be one of his final appearances in the competition.

His career truly unravelled at this point, with Wrexham his last game until February 2000 before elbowing an opposition player and never turning out at the Riverside again.

A troubled genius nowhere near his peak when stepping on the Cae Ras, his name will remain synonymous with an era of football long gone. In a way, he was almost the perfect player to see out the 20th century at the Racecourse.