The returfing of the Racecourse Ground pitch is well underway, following the decision to rip up the playing surface following concerns raised so far this season.

Work on the playing surface started on Sunday, with the original pitch ripped up, and the new turf has now arrived and is being relaid.

The decision to re-turf was taken following concerns after our first few home games, that work in the summer has not delivered a playing surface to the standard we believe is required. 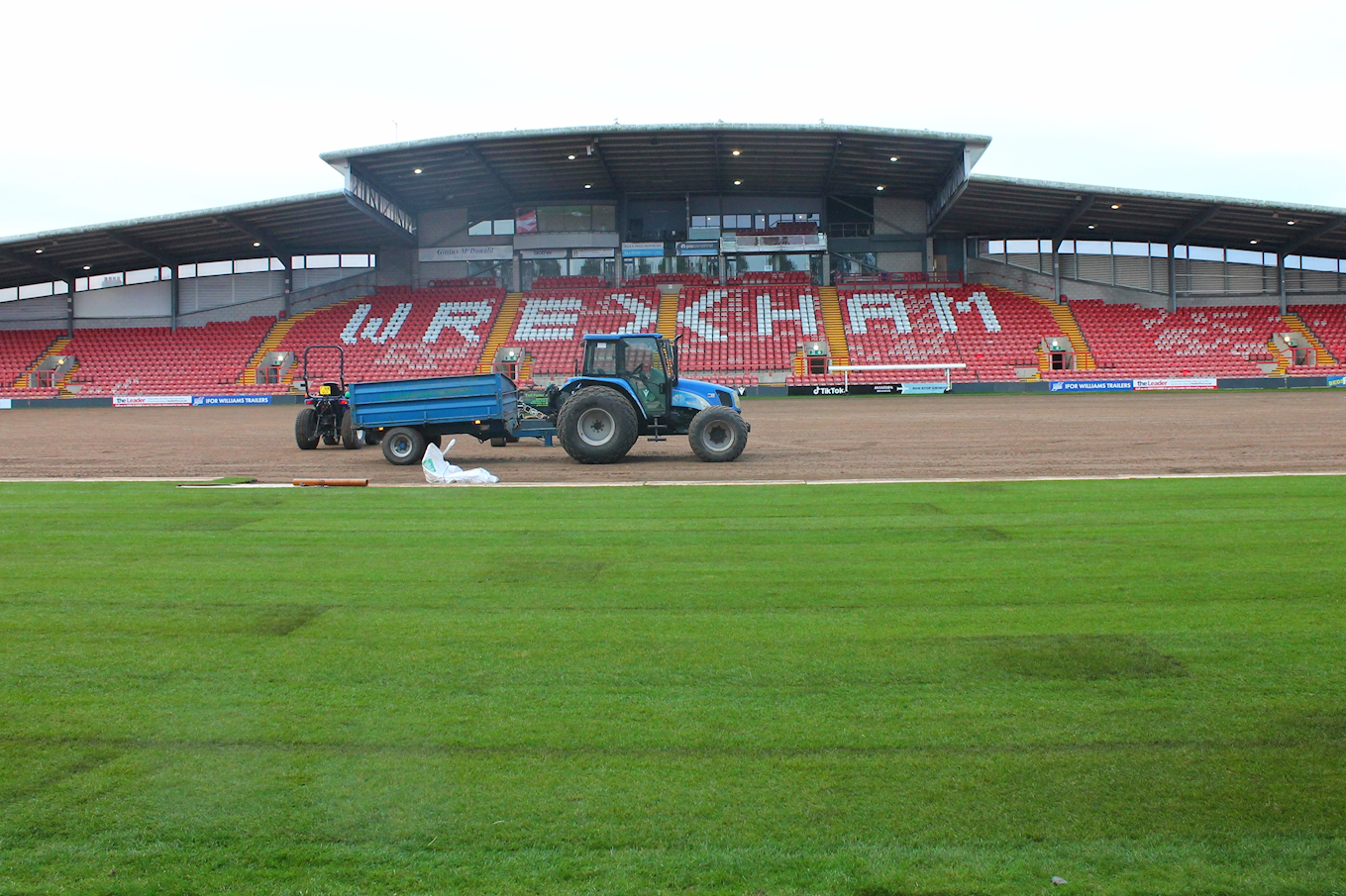 As previously communicated, in order to allow the new turf the maximum amount of time to become established, any potential replay in our FA Cup fourth qualifying round tie against Marine will instead take place at Nantwich Town.

Should this become necessary, tickets and travel arrangements will be communicated to supporters after Saturday's match at the Marine Travel Arena.