It was a shock to see Grimsby Town return to the National League, and they will surely make a robust attempt to bounce back into the Football League at the first attempt.

They've certainly made a solid start to the campaign, and stand in fourth place, three points behind the leaders with a game in hand over all the teams above them.

With a 100% record at home, they'll offer a formidable challenge for one of the other 5 unbeaten sides in the division.

Wrexham will be without the suspended David Jones, of course, and will have to check on the bumps and bruises accumulated in a rough encounter with Woking on Saturday. Match winner Jordan Davies had to go off after 55 minutes, while the man who set his goal up, Paul Mullin, got through his first game after missing the Southend match through injury.

This match is dominated by one person, of course. Shaun Pearson served Wrexham with distinction for four years before returning to Blundell Park in the Summer.

Pearson has history in this fixture, of course, as The Mariners’ skipper when we enjoyed victory in the 2013 FA Trophy Final, but he was also a notable figure when we met at Blundell Park the following season.

Grimsby had taken the lead, but a Pearson own goal at the end of the first half levelled matters, and it looked like we’d hang onto a point until two goals in the last 3 minutes earned the home side a 3-1 win.

We fared better the following season when we enjoyed a 1-0 win at Blundell Park. Joe Clarke scored the goal in the 17th minute, as Wrexham finished the season strongly under the caretaker management of Carl Darlington and Lee Jones.

Put in temporary charge after the dismissal of Kevin Wilkin following the FA Trophy final, Darlington and Jones suffered just one loss in 8 games, winning 4.

The following season Grimsby went up, and enjoyed a 1-0 victory over us as Gary Mills’ first season as a manger petered out disappointingly. In contrast to the previous campaign, that match was the start of a run of 2 wins in the last 8 matches of the season, with 5 losses.

A memorable recent clash at Blundell Park came in 2011 when Andy Morrell celebrated his first match as Wrexham manager in style. Unexpectedly hurled into the task following Dean Saunders’ surprise departure a couple of days earlier, Morrell immediately had to deal with the blow of losing Curtis Obeng to suspension.

He reshuffled his side, playing Chris Westwood at right back, and saw his side respond to his inaugural team talk. He enjoyed a stroke of luck with the opener, a header onto his own shoulder by Mathias Pogba which deceived the keeper as it looped gently over him, but his side showed resilience to respond to Liam Hearn’s equaliser with superb second half goals from Jay Harris and Lee Fowler to clinch a fine 3-1 win.

That result matched our best result at Grimsby, as it was the third time we’ve won 3-1 there. The first was in October 1954 through goals by Ron Hewitt, Dave Jackson and Dennis Griffiths, and we equalled that score in January 2004 thanks to Chris Llewellyn, Steve Thomas and Chris Armstrong.

In general, though, trips there tend to be tough. Our worst experience at Blundell Park came in April 1990. We’d struggled against relegation to the Conference all season, so perhaps the side felt a sense of relief after achieving their goal in the previous match. Whatever the reason, we were in for a depressing afternoon. Grimsby were celebrating promotion, so there was a natural gulf between the sides anyway, but we did nothing to poop their party! To be fair we showed some early resilience: one-time Manchester United striker Garry Birtles gave Grimsby the lead but Andy Preece equalised ten minutes before the break.

That seemed to provoke The Mariners however, and they rattled in five goals, with Birtles completing a hat trick, and to make matters worse Joey Jones was stretchered off with a broken leg.

Leaving Grimsby in pain is the norm for Wrexham though. We've lost over half our matches there; in 34 matches we were beaten 19 times, drawing seven and winning eight, keeping just seven clean sheets in the process. We’ve never won consecutive matches at Blundell Park: indeed, that Joe Clarke winner in 2016 marked the only time we’ve experienced two wins there within five years of each other. 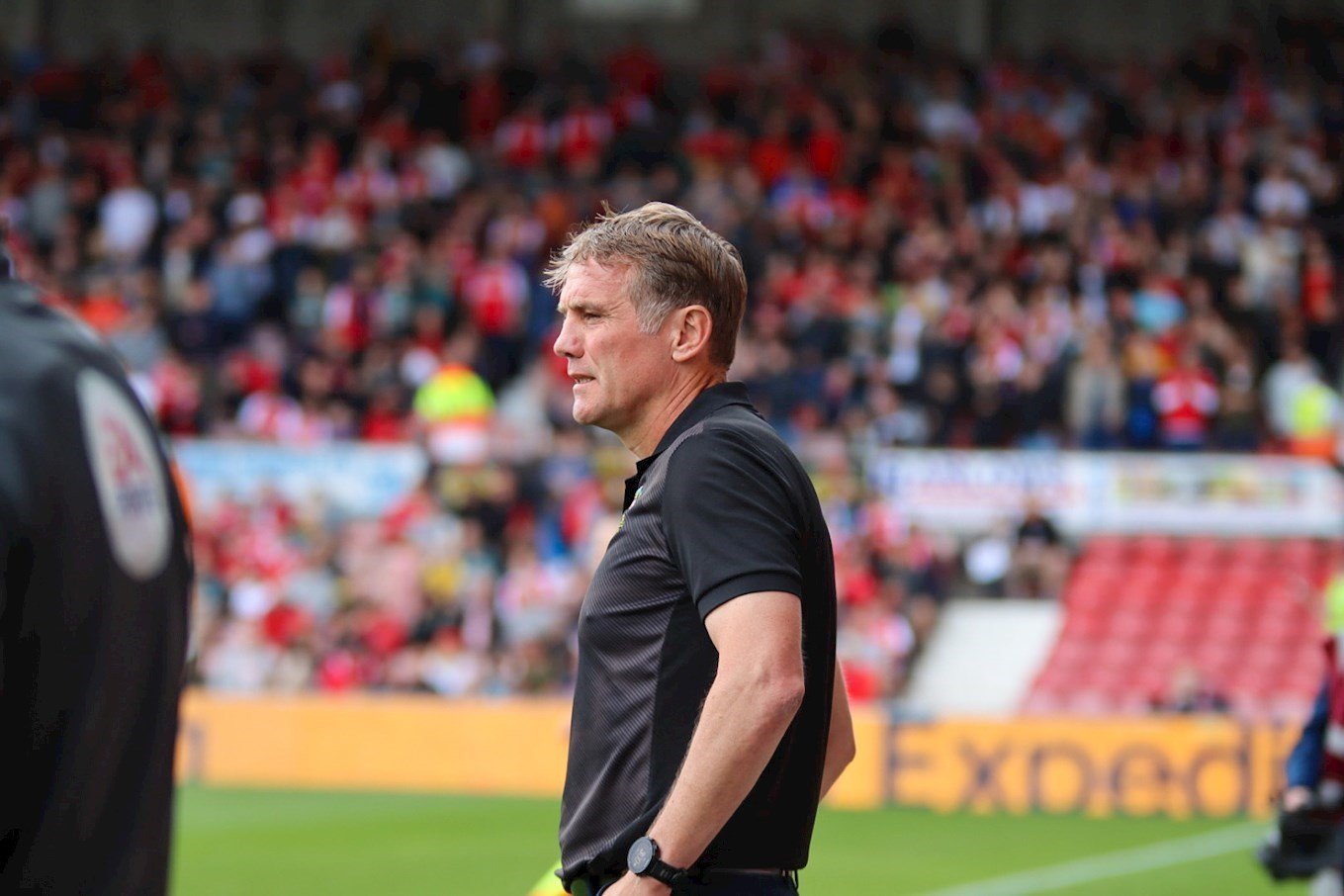 Wrexham's next win will be Phil Parkinson's 300th as a manager.