After an adrenaline-filled return to The Racecourse, it's back on the road for Phil Parkinson's Red Dragons as we face The Shrimpers once again.

Our exciting start to the season hasn't been rewarded by the points tally we deserve, so we travel south hoping to add to the three points we picked up last Saturday at Easteligh.

With Paul Mullin and Jake Hyde already sharing 4 goals and 2 assists between them, Wrexham are certainly looking threatening up front, and transfer deadline day signing Bryce Hosanah will be available to add to Phil Parkinson's defensive options.

After a disastrous 2020-21 season, The Shrimpers find themselves in non-league football after 101 years in the Football League. An urgent priority will be to improve their home form: since beating Barrow on 9th January, they've won just 1 of 13 games at Roots Hall, including a 1-0 defeat to Stockport last Saturday.

On Monday they drew 0-0 at Wealdstone, a result which drew an angry response from some fans, although United did hit the bar twice. It was their second clean sheet in 3 games this season, but things are less promising at the other end, as Sam Dalby's winner at Kings Lynn on the opening day of the campaign remains the only goal they've scored this season.

United rotated their side to cope with the demands of 2 games in 3 days, with Josh Coulson and Jason Demetriou rested in readiness for Saturday's match. Matthew Dennis, a powerful midfielder on loan from Norwich City, made his first start of the season and impressed with his direct play and energy. 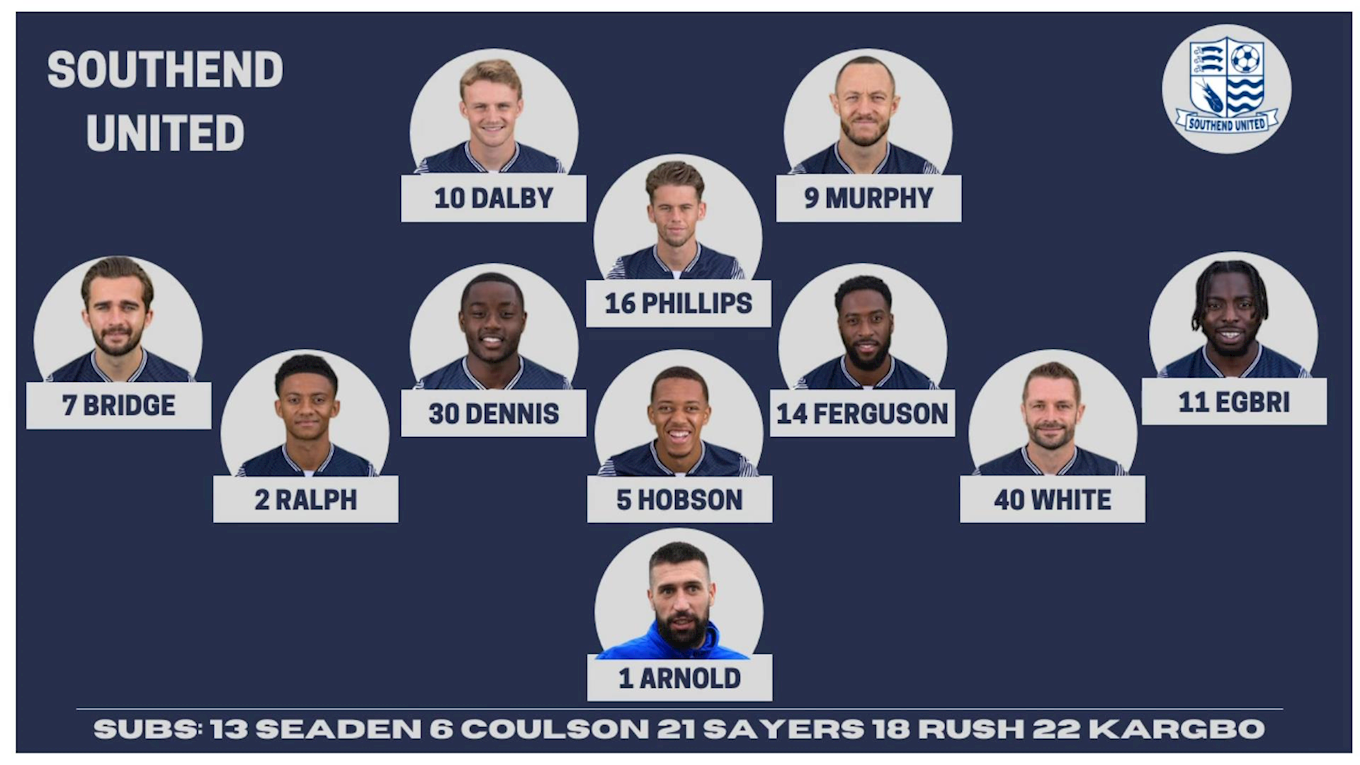 Wrexham will have to be aware of the threat of Rhys Murphy up front. An experienced striker who leads the line powerfully and has an eye for a goal, he struck a fine hat trick at The Racecourse for Yeovil Town two seasons ago. 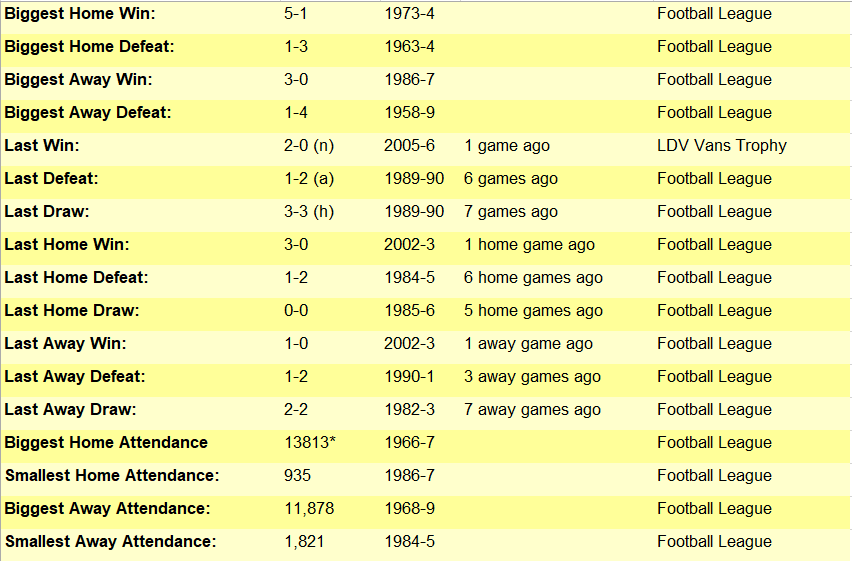 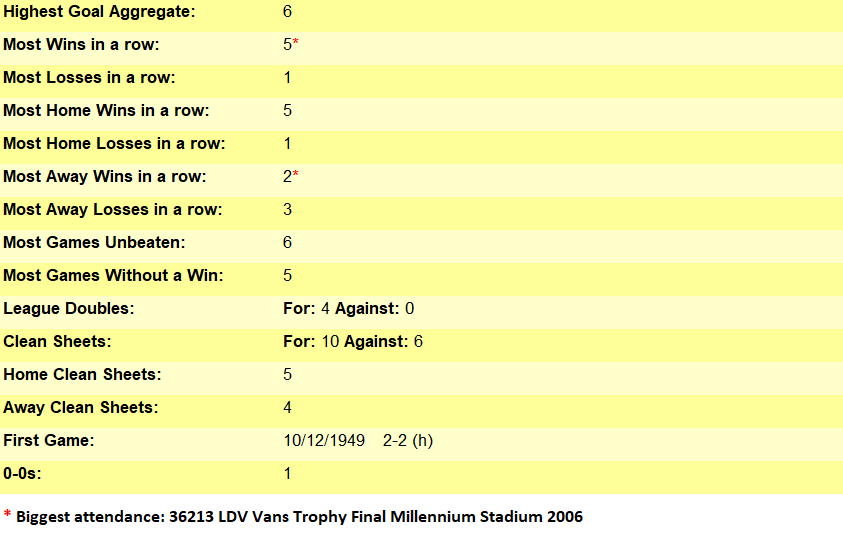 Our most recent match against Southend was also the greatest, at least from Wrexham’s perspective! 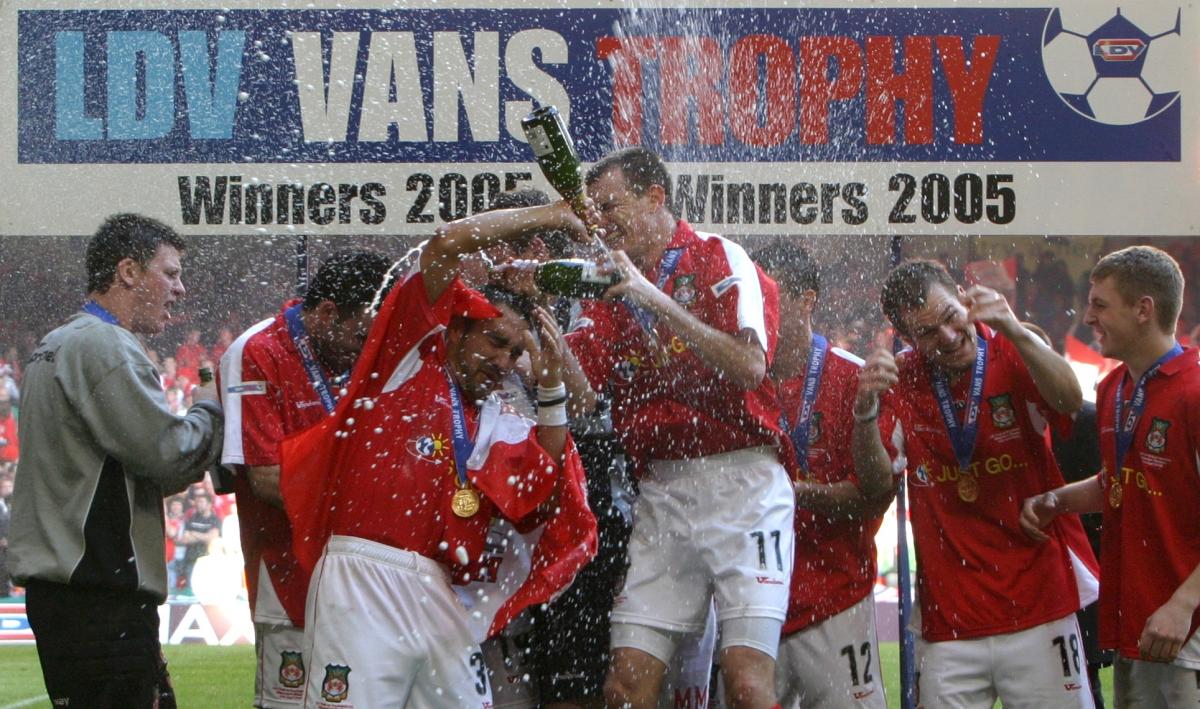 The 2005 LDV Vans Trophy win at the Millennium Stadium in 2005 was the first time we’d won a cup administered by the FA rather than the FAW, with Juan Ugarte and Darren Ferguson scoring the goals in extra time after the 90 minutes ended goalless.

That wasn’t the only notable win we enjoyed over The Shrimpers in our recent meetings though. We won 1-0 at Roots Hall in November 2002 thanks to a goal by Steve Thomas (below) and a brilliant display in goal by Paul Whitfield, and would go on to enjoy promotion at the end of the season. 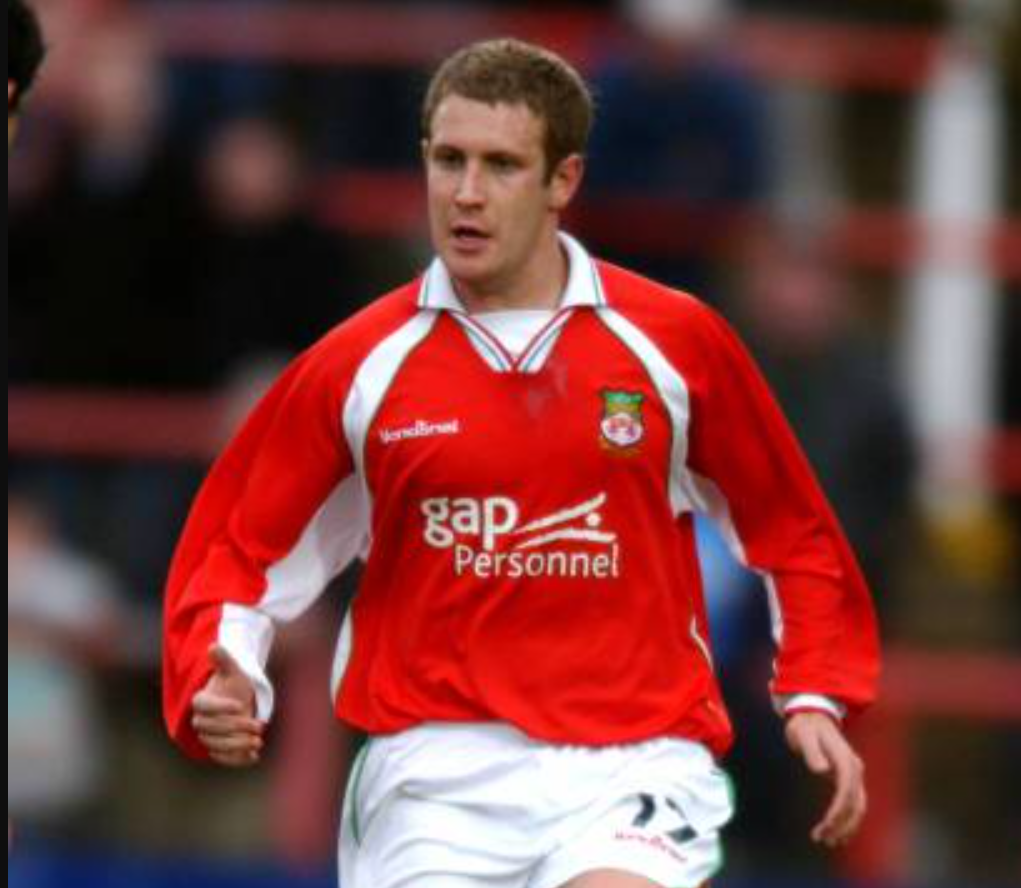 We were also victorious in our previous game there, but on that occasion a fine performance didn’t lead to promotion. We travelled south on the last game of the 1997-8 season knowing that if we could win and other results didn’t go against us, we would be playing for a place in The Championship in the play-offs.

We went behind early on, but from that point more than did our part. Peter Ward (below) scored two and Karl Connolly also hit the net as we won 3-1. With the final whistle approaching, we were sitting pretty in the play-off spots, but a late goal at Bristol Rovers meant we narrowly missed out. 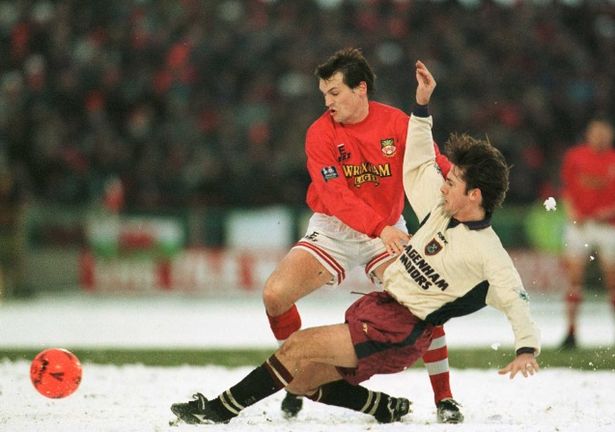 Our recent form against Southend is excellent: we’ve won our last 5 encounters with them, our best run of victories over The Shrimpers, and those back-to-back away wins mean we’re also on our best runs of wins at Roots Hall. We’ve scored in our last 9 games against them too, going back to a goalless home draw in April 1986, and kept a clean sheet in 7 of our last 12 clashes.

Our biggest win at Southend was a bookie’s nightmare!

Neil Salathiel (below) was a great servant of Wrexham, making 316 appearances over two spells at the club. However, he would be the first to admit that he wasn’t one of life’s goalscorers and as he travelled to Essex in March 1987 he had just one goal to his name despite having made his debut for us in 1983. 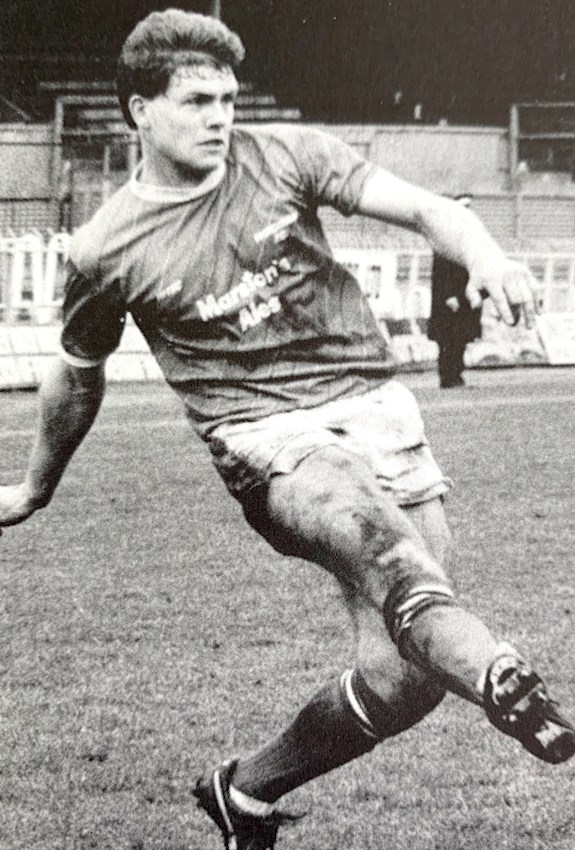 Nothing seemed out of the ordinary in the first half, but Salathiel opened the scoring in the 64th minute with an absolute screamer. It was the sort of strike you’d expect to be a once in a lifetime strike, except 20 minutes later he did it again!

Salathiel would never score again for us, and just to cap an unlikely night, Mike Williams, who’d also only struck once for us beforehand, also scored to complete a 3-0 win. He’d end up with a Wrexham record of 5 goals in 226 appearances!

We’ve won at Roots Hall on two other occasions, both 1-0 victories achieved through early goals, by Mel Sutton in August 1972 and David Gregory in April 1985. 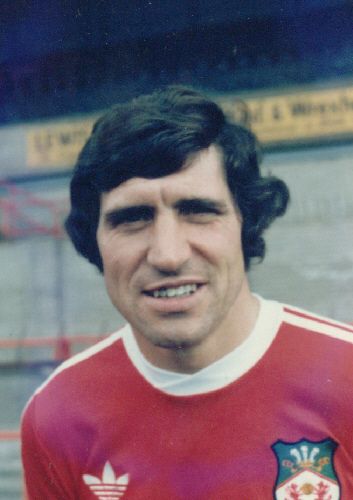