Wrexham started the game with a ferocious intensity, and this was capped off by Mullin’s touch of class from the edge of the 18-yard box. The talisman was by no-means central on the pitch, as he hooked the ball onto his left foot and sent the ball like an arrow into Justham’s top corner, as he stood rooted to the spot in the eighth minute.

Dagenham didn’t give up on this game without a fight, and they had a fair amount of good chances to level the scoring. Paul McCallum missed a buck-load of chances for the Daggers and last-ditch heroics secured all three points for Wrexham.

Injuries and a tough run of fixtures have led to Phil Parkinson making three changes to the side that lost the blockbuster game to Grimsby Town on Tuesday night. Jordan Ponticelli makes his first start of the season, as Jake Hyde is side-lined due to injury. Behind him starts Liam McAlinden, after an impressive display off the bench on Tuesday night. Harry Lennon also returns to the side, seeing youngster Max Cleworth drop to the bench.

Dagenham and Redbridge have had an impressive start to the season, seeing them top the table after matchday 6, with five wins and a draw. Josh Walker is in fine form this season, already bagging four goals for the Daggers and captain Will Wright will be a threat for Wrexham at set-pieces too, after securing a brace in a 4-2 win on Tuesday night against Weymouth.

The first stages of the game were negotiated well by Wrexham, as the Reds began to knock on the door. It’s often said that a piece of magic is needed to win these tough games and “super” Paul Mullin was on hand to deliver just that. He found some room on the edge of the Dagenham box and looped a speculative effort into the top corner, leaving Elliot Justham rooted to the spot bewildered, as Wrexham took the lead with eight minutes on the clock.

With the WrexRent Stand bouncing, Wrexham were truly on top against the league leaders. Constant pressure from corners finally amounted to a chance, as the ball somehow found its way onto the boot of Harry Lennon at the back-post. Its safe to say it wasn’t a striker’s finish, as the ball was smashed into the glowing banner of the Kop 14 minutes in.

A misplaced pass from McAlinden wouldn’t stop him from striding and sliding in to win the ball back. After a well-timed challenge, he was able to slot Mullin in with a through ball, allowing our talisman to cause another headache for the Dagenham back-line. Mullin shifted the ball onto his left-foot and popped an effort with some power, which sailed over the bar, but the warning signs were as clear as day for the Daggers, with 30 minutes on the clock.

Half time was called after a dominant display from Wrexham. They were able to shift through the gears as they pleased and claimed the early goal through the magician that is Paul Mullin.

The Daggers finally created their first chance in the 48th minute of the game, as Walker put Ben Tozer under heaps of pressure to win the ball in the Wrexham box. The number seven managed to fizz a ball to the back-post, where it was met by striker Paul McCallum, who couldn’t muster up a clean connection on the ball, as it bumbled out for a goal-kick.

Dagenham had certainly woken up, as winger Myles Weston was played in-behind Tyler French with acres of times and space. The number eleven picked his head up and pulled back the ball for the onrushing Matt Robinson. The midfielder should have buried the ball into the net, with 50 minutes goal, but the red mist descended, and the ball smashed into the Kop.

The Daggers’ early start to the second half seemed to lull out, but a chance arose for them in the 70th minute, as they ball was held up to the back-post. Hearts were in mouths as the ball was destined for the head of McCallum and the prophecy came true, as he nodded the ball forward towards goal from a few yards out. However, Rob Lainton had managed to scamper across his goal and raise a hand to fend the ball out, but it sat up to be tucked away by Walker. The plot thickened as somehow Walker’s header was blocked by the head of Tozer and Wrexham held on to their narrow lead.

Mullin was on the charge again in the 75th minute, as he drove forward into the Dagenham box. The Wrexham striker was hell-bent on picking pockets in the away defence, and eventually he offered up a scuffed effort, which was hurtling towards Justham’s bottom corner creating gasps in the Racecourse, but the ball did in fact go wide.

Walker and Weston were proving to be tough contenders for the Wrexham back-line and the latter held up another inviting ball to the back-post, where McCallum thudded his head against the ball. Lainton wasn’t needed this time however, as the ball kissed the top of the crossbar in the 84th minute.

Parliamentary ping-pong had made its way to the Racecourse in the dying embers of this affair, as the ball was bouncing back and forth through the Wrexham box, but there was space and a truly simple equalising opportunity for substitute Scott Wilson and somehow he dragged the ball wide of the post from six yards out.

Whistles embodied the Racecourse, as fans pleaded for the final whistle amongst intense Dagenham pressure and it finally came to huge cheers, as Wrexham claimed another 1-0 home victory.

Man of the Match: Paul Mullin 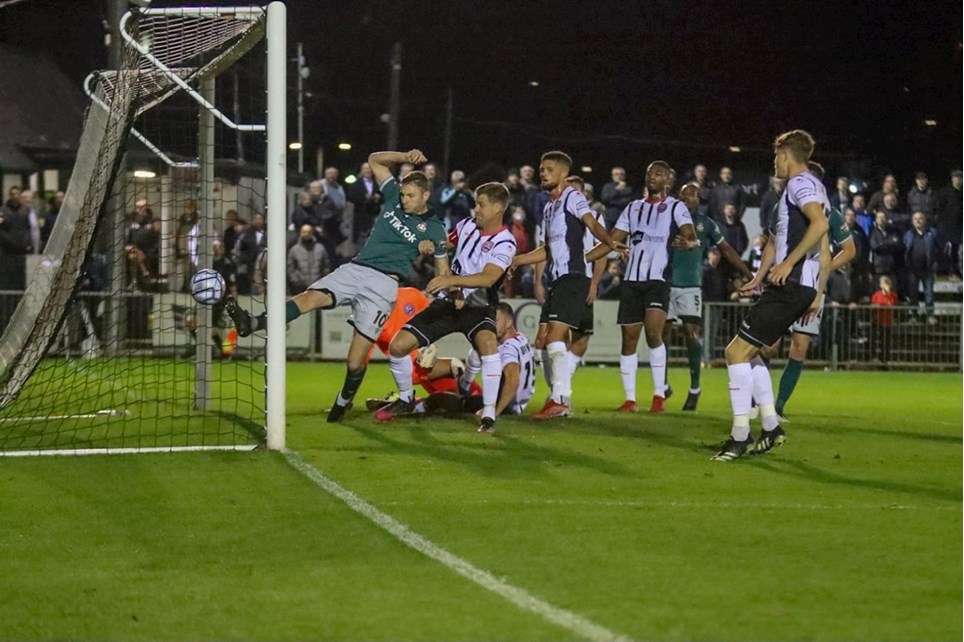 
A spirited comeback with ten men, from 2-0 down away to Maidenhead United, was not quite enough for Wrexham – in front of co-chairmen Rob McElhenney and Ryan Reynolds for the first time – as Josh... 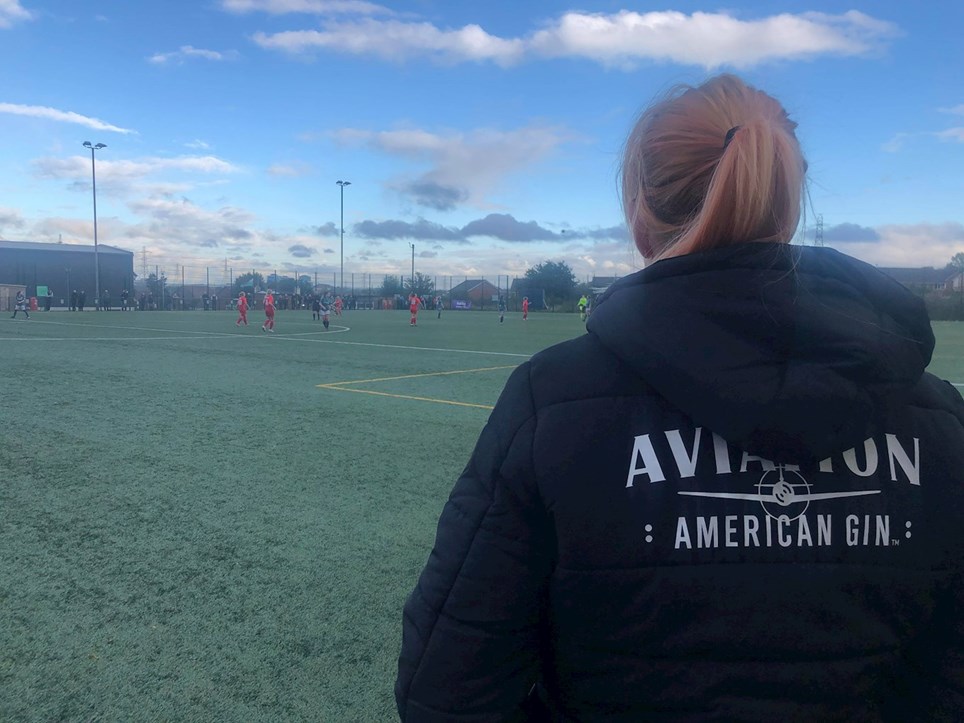 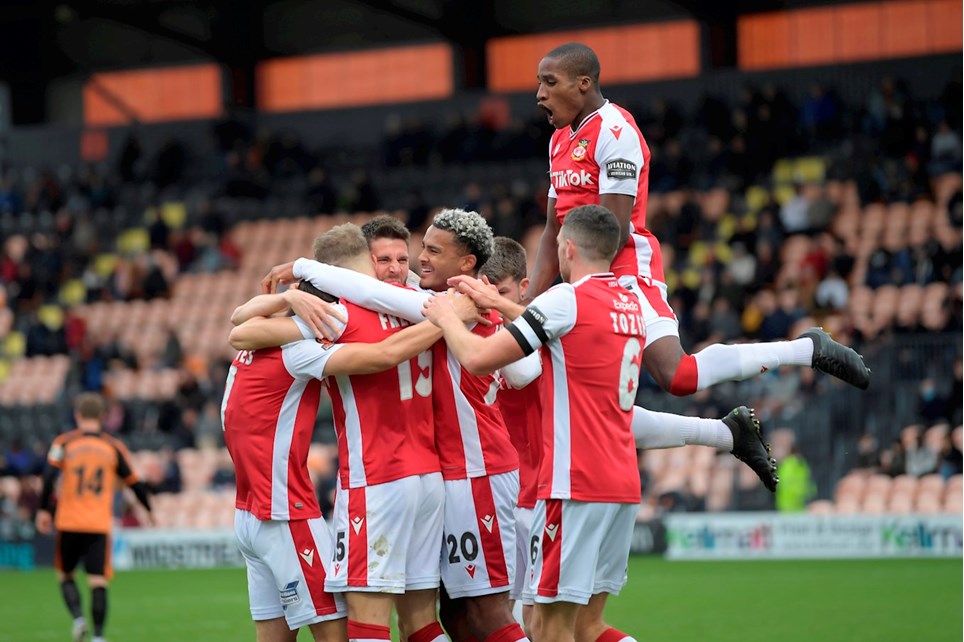 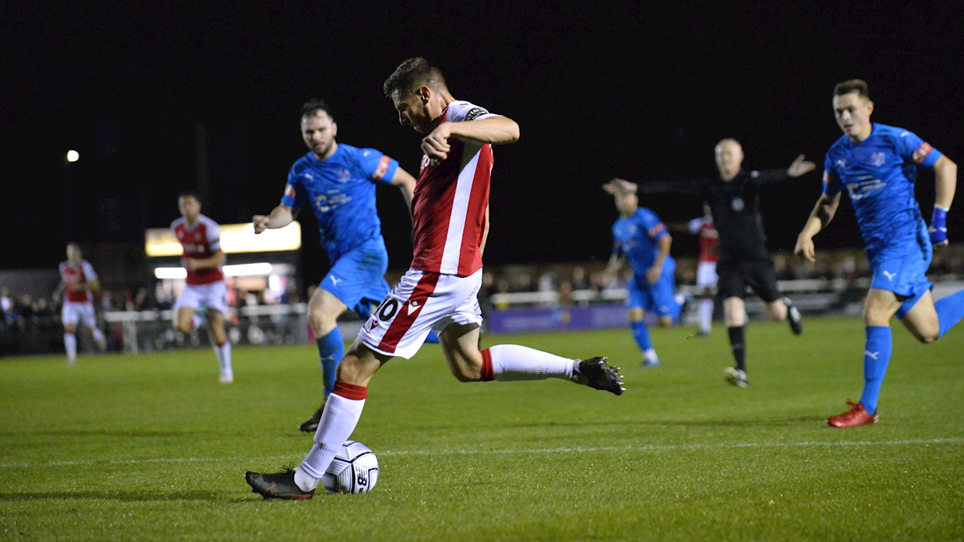