Unbeaten Wrexham stretched their run to five games without a loss to begin the season and manager Phil Parkinson was visibly pleased following a second win of the campaign.

Parkinson revealed he was “delighted” to get his first home victory in front of a packed Racecourse as Jordan Davies’ header was the difference in today’s 1-0 win over Woking.

Wrexham are yet to taste defeat this season with three draws and two victories to maintain their positive start to the 2021/22 campaign.

He said: “I felt there was a bit of tension in the air possibly because we couldn’t get over the line against Notts County and we drew last weekend, and everyone knew we needed to win.

“The dynamic of the game changed with Jordan’s injury and Dave getting sent off, and we had to dig deep and sometimes as a team you have to do that"

“I thought first half we were good and played some great football and didn’t quite take our chances, in moments like today and against Notts County we’ve got to take our chances more, but we got the decisive goal.

“Obviously we can always get better and be savvier in terms of killing the game off.

“I think in some moments we lacked experience, but it was great to get the win over the line.

The reds dominated the majority the game, but Parkinson believes they had to rely on a 'moment of quality' from Rob Lainton to secure all three points.

“The dynamic of the game changed with Jordan’s injury and Dave getting sent off, and we had to dig deep and sometimes as a team you have to do that.

“They went very direct towards the end of the game, putting balls into the box, and we had to deal with that and rely on Rob giving us a moment of quality which we know he’s got in his locker. 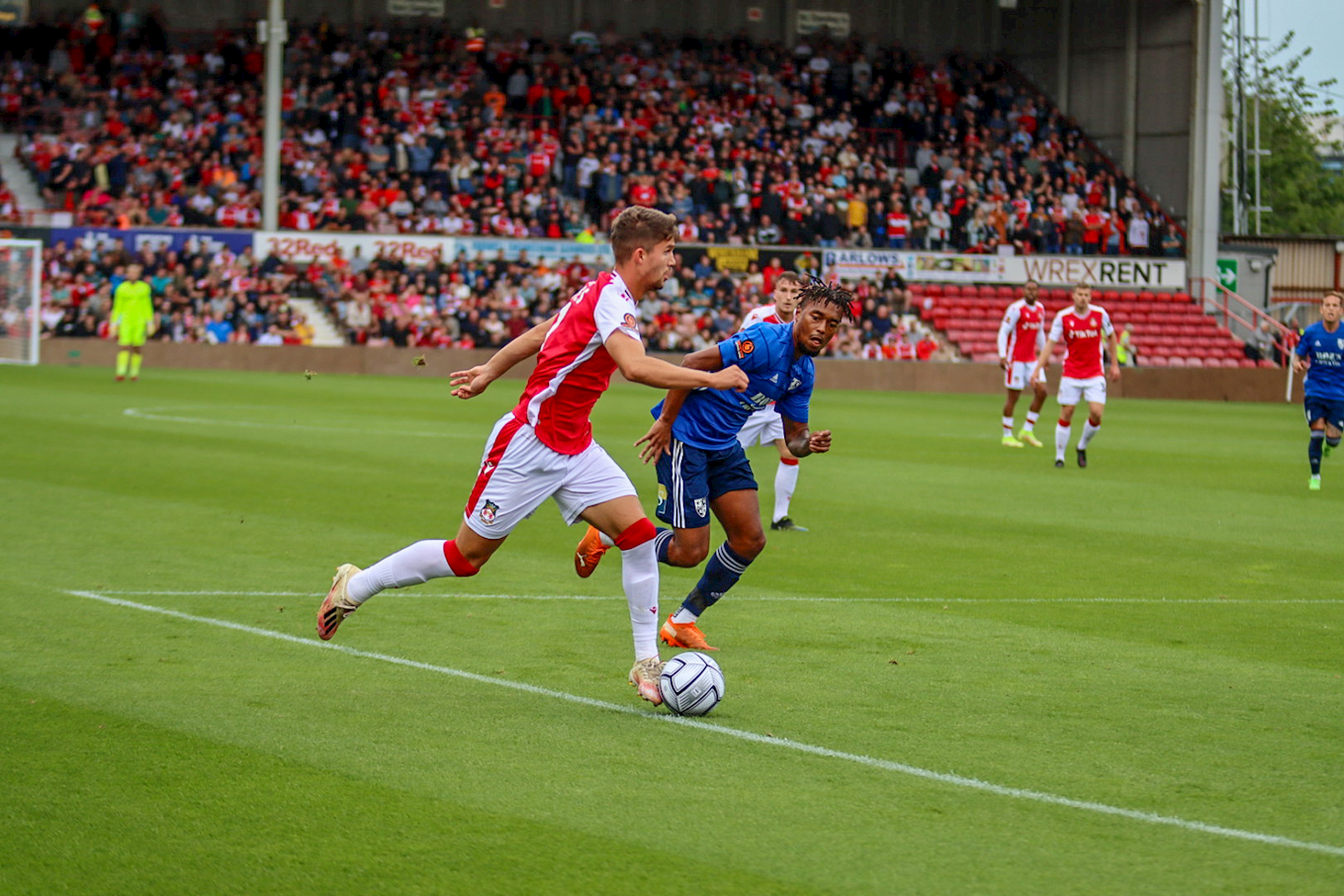 The decisive goal came from great individual play from Paul Mullin, playing an inch perfect cross into the path of Davies which he headed home; and Parkinson explained that’s just another dynamic of Mullin’s game.

“I think if you’ve been following us through pre-season and this season, you’ll have seen that Paul Mullin can produce moments like that and he can create chances for other players.

“I’m delighted for Jordan getting his goal and making a good run into the box.

“It looks like he’s picked up an injury and we’ll asses it over the next 24 hours and hopefully it’s not too serious.

The reds will be without Dave Jones for Tuesday’s trip to Grimsby after his red card, but added that there are plenty of options and competition for places in the squad.

“Every game is as big as the next one and we’ll prepare as professionally as we can, and we’ll be ready to on Tuesday.

“We had a practice game on Thursday between the first team and the others available and it was extremely competitive, so we’ve got plenty of good options.

“We’ve got to make sure our preparation is better than theirs right from now and we have to go into the game looking to keep our unbeaten run going.”

Wrexham currently lie 8th in the table ahead of our game against Grimsby who have stayed in fourth place after their victory against Torquay United.