Wrexham suffered their first defeat of the season on Tuesday, losing 3-1 at Grimsby. They could ask for a tougher game to follow up that loss than a visit from top-of-the-table Dagenham & Redbridge.

Phil Parkinson will hope Jordan Davies is fit again after picking up an injury last Saturday while his midfield options will definitely be bolstered by the return of David Jones from suspension.

The Daggers have started the season in spectacular form, winning 5 and drawing 1 so far. They were handed a terrifically difficult start to the season, facing two of the pre-season play-off favourites, and came through superbly. An opening day 3-1 win at Stockport was followed up with a 4-2 beating of Bromley.

Since then, they have had an easier path on paper, and have shown that, apart from goal power, they have spirit. They maintained their grip on the top of the table on Tuesday by coming from behind twice to beat Weymouth, and grabbed a point against Wealdstone with a late goal.

Dagenham & Redbridge's fine start to the campaign should come as no surprise, as they finished last season in terrific form, winning 7 of their last 10 games with just one loss. It was a tough run-in too, featuring a number of play-off contenders, but they beat Halifax, Eastleigh and Solihull Moors, drew at Stockport and, of course, managed the 1-1 draw on the final day which denied us a place in the post-season matches. Their only loss in that sequence of results was a 2-1 defeat at Chesterfield through an 86th minute penalty, after they'd had a man sent off.

There's no question The Daggers are the in-form side of the division then, with their last 16 ganes yielding 12 wins and 39 points. This should be a fascinating clash at a packed Racecourse. 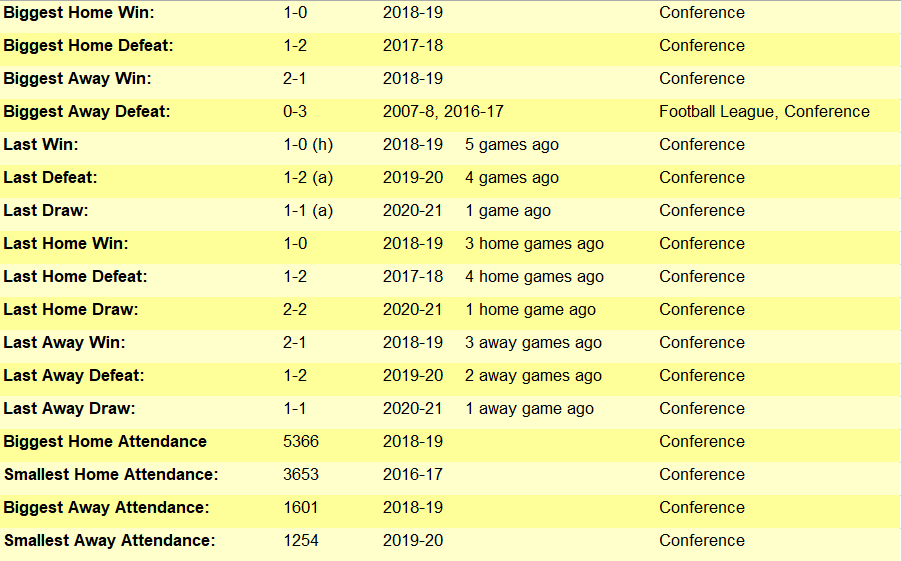 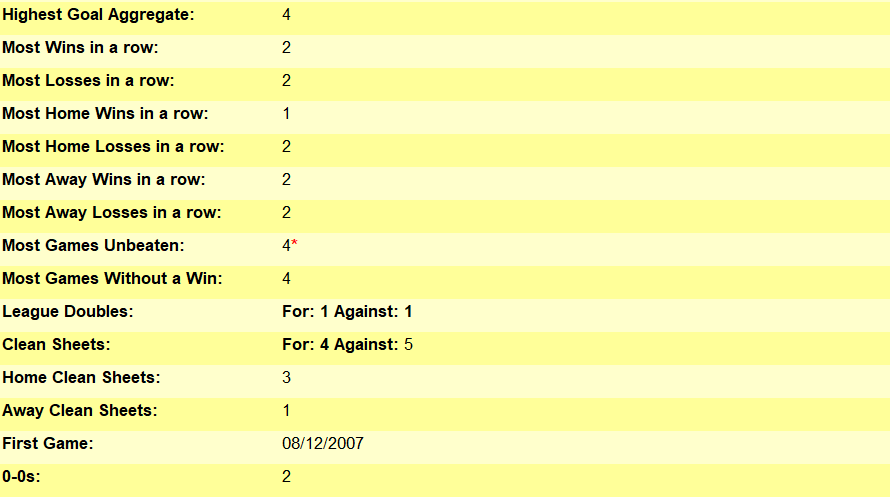 Dagenham have tended to enjoy their visits to The Racecourse, and they will have found last season’s clash particularly memorable.

Wrexham were in control for much of the game, and it was no surprise when Reece Hall-Johnson added to Jamie Reckord‘s opener to put us 2-0 up after an hour.

However, Dagenham hit back with real spirit, aided by a couple of astute substitutions, and earned a 2-2 draw through a 95th minute equaliser.

That late equaliser means we’ve still only beaten Dagenham once at home in 6 attempts. That win came in February 2019, in Bryan Hughes’ first game as Wrexham manager. Stuart Beavon’s 74th minute strike separated the sides a quarter of an hour after he’d come off the bench to replace Cole Stockton.

The first time The Daggers came to The Racecourse was in the season we were relegated from the Football League. With ten games of the season left, we were in a desperate situation, but a recent mini-revival had given us a faint hope that we might be able to kick on if we beat the Football League newcomers.

However, despite being on top of the game, we couldn’t get through the visitors’ stubborn defence, and the game ended in a goalless draw. Four points from our next seven games sealed our fate.

The next time they came to The Racecourse was in April 2017, when they emerged 1-0 winners. It wasn’t until the following season that we actually scored at home to Dagenham, but Paul Rutherford’s opener wasn’t a sign of a change of fortunes as we lost 2-1.