Over the last 157 years a huge string of legendary players have graced the Racecourse pitch, but not all of them wearing the red of Wrexham. In this series we take a look at some of the most iconic players to take on Wrexham at LL11 starting with Spanish midfielder, Xabi Alonso.

It’s fair to say that Spanish midfield legend Xabi Alonso made his mark on the world stage. A World Cup and European Championship winner with his country, two-time Champions League winner as well as titles in Spain and Germany.

He began life with Real Sociedad before moving to England in 2004, signing for Liverpool. In his first season at Anfield he’d lift the UEFA Champions League title in a thrilling final against AC Milan, whilst also picking up silverware in the FA Cup.

"Xabi and I played in Real's reserves, but it was quite obvious he was destined for higher things than me and he went on to play regularly in La Liga and for Spain - Juan Ugarte

He spent five years with Liverpool totaling over 150 appearances before moving back to Spain, this time signing for Real Madrid. With Los Blancos he’d pick up a La Liga title, two Copa del Ray’s and a Supercopa de Espana. Most notably though, in his final season, he won the 2013 UEFA Champions League once more.

His final club move in 2013 to Bayern Munich saw him pick up multiple honours including the Bundesliga a trio of times, DFB-Pokal and DFL-Supercup. He retired in 2016 and currently manages Real Sociedad B.

Alonso found huge success with the Spanish national team. The 2010 World Cup in South Africa saw Spain go all the way, beating the Netherlands in a fiery final with Andres Iniesta scoring the winner in extra-time for their first title, coming two years after winning Euro 2008 beating Germany in the final. Euro 2012 also proved successful, making it triple success beating Italy in the final - Alonso scored twice in the Quarter-Final

Alonso featured at the Racecourse Ground just once in his illustrious career. In 2005 he and his Liverpool teammates came to North Wales on the back of their UEFA Champions League victory with Steven Gerrard and Jamie Carragher parading the trophy in front of over 12,000 supporters.

Alonso began the afternoon on the bench for the first-half, as Jon Walters gave Wrexham the lead before Liverpool turned the game on its head via Fernando Morientes.

Alonso replaced Didi Hamman at half-time and oozed class throughout his time on the hallowed turf, turning in a performance befitting one of the best midfielders of the decade.

He pulled the strings in the middle and provided a superb assist for Milan Baros (pictured) - his second of the half - to make it 4-1. Wrexham hit two back via Lee McEvilly and Rodney Jack to make it a respectable 4-3 scoreline against the reigning European champions. 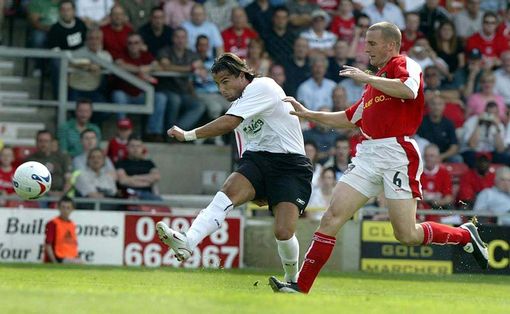 Alonso’s influence on Wrexham didn’t just come on that hot July day in 2005, a bigger one came months before that. His long-time friend and fellow San Sebastian inhabitant was looking for a club to join in the UK. His friend, Juan Ugarte, arranged to come over and once he’d met Alonso once more for a game between Liverpool and Chelsea, some calls were made and a trial at Wrexham arranged.

“I'm slightly older than Xabi, but we were at school together and played youth football together back in Spain for an amateur club called Antiguo'ko," explained Ugarte ahead of the 2005 LDV Vans Trophy Final.

"I was offered an apprenticeship at Real Sociedad and Xabi followed me there, although he went for a big fee. 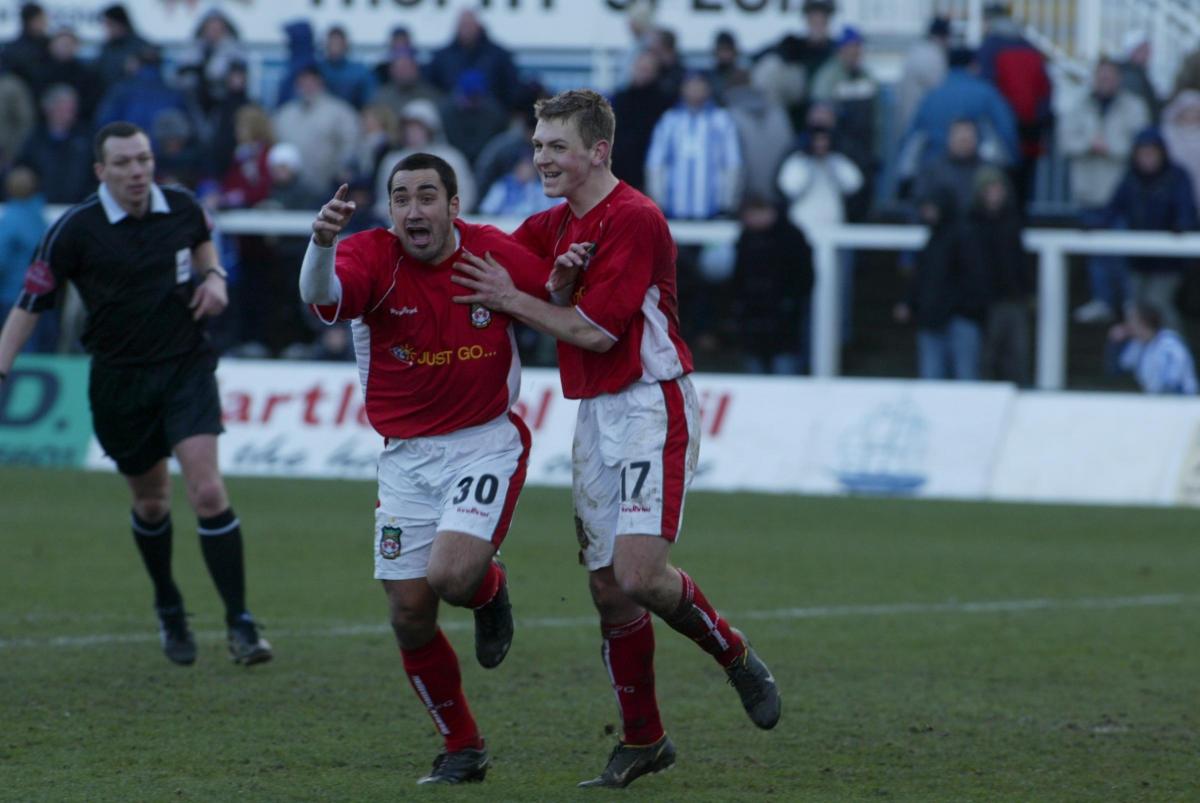 "Xabi and I played in Real's reserves, but it was quite obvious he was destined for higher things than me and he went on to play regularly in La Liga and for Spain.

"I was released last summer and another friend, who was playing in England for Dorchester, invited me over for a trial.

"But it was when I met up with Xabi again that my league chance came about.

"We got together at Stamford Bridge when Liverpool played at Chelsea last October and Xabi asked his agent to try and find me a Football League club.

"The next thing I knew was that Rick Parry, Liverpool's chief executive, had arranged a trial for me at Wrexham. Since then, I've not looked back. And I'm sure Xabi will be rooting for me tomorrow."

Ugarte went on to win in the final, scoring against Southend United as Wrexham triumphed in Cardiff to lift their first English national title.

The iconic forward went on to make 47 appearances over two spells scoring 27 times - before being forced to retire through injury at the age of 27. Ugarte continues to be remembered as one of the most iconic Wrexham strikers of the 21st century.