With today marking one year since Rob McElhenney and Ryan Reynolds were confirmed as the co-chairmen of Wrexham AFC, here is a closer look at how the Football Club has grown in the past 12 months.

The Club saw its profile explode on September 24, 2020 when the names of the two high-profile investors interested in buying the Football Club were first revealed.

Wrexham trended on Twitter, and the Club’s social media channels boomed in popularity – with an increase in followers week-on-week since.

Following the announcement of TikTok as new front-of-shirt sponsors, and the launch of the Club’s own channel on the site, Wrexham have recently hit the 100k-follower mark on the channel. The figure puts the Club above many teams from higher leagues.

More than 60,000 followers gained in the past year, taking the total followers to 87,000. The Club’s Instagram channel is one of the most obvious signs of the worldwide support that has followed the takeover – 16.9 per cent of Wrexham’s Instagram audience is from the United States.

Having reached more than 2.4 million people on Facebook in the last 12 months, Wrexham’s Facebook page has gained more than 7,000 new ‘likes’ – a growth of 8.9 per cent.

Subscribers to the Club’s YouTube channel have nearly doubled since February 2021, while there was a peak of 177k views in one week. More than 100,000 people have watched the Club’s interview with Rob and Ryan during their visit in October 2021.

Wrexham’s total audience for all social media channels has increased by 192,000 people over the past 12 months. 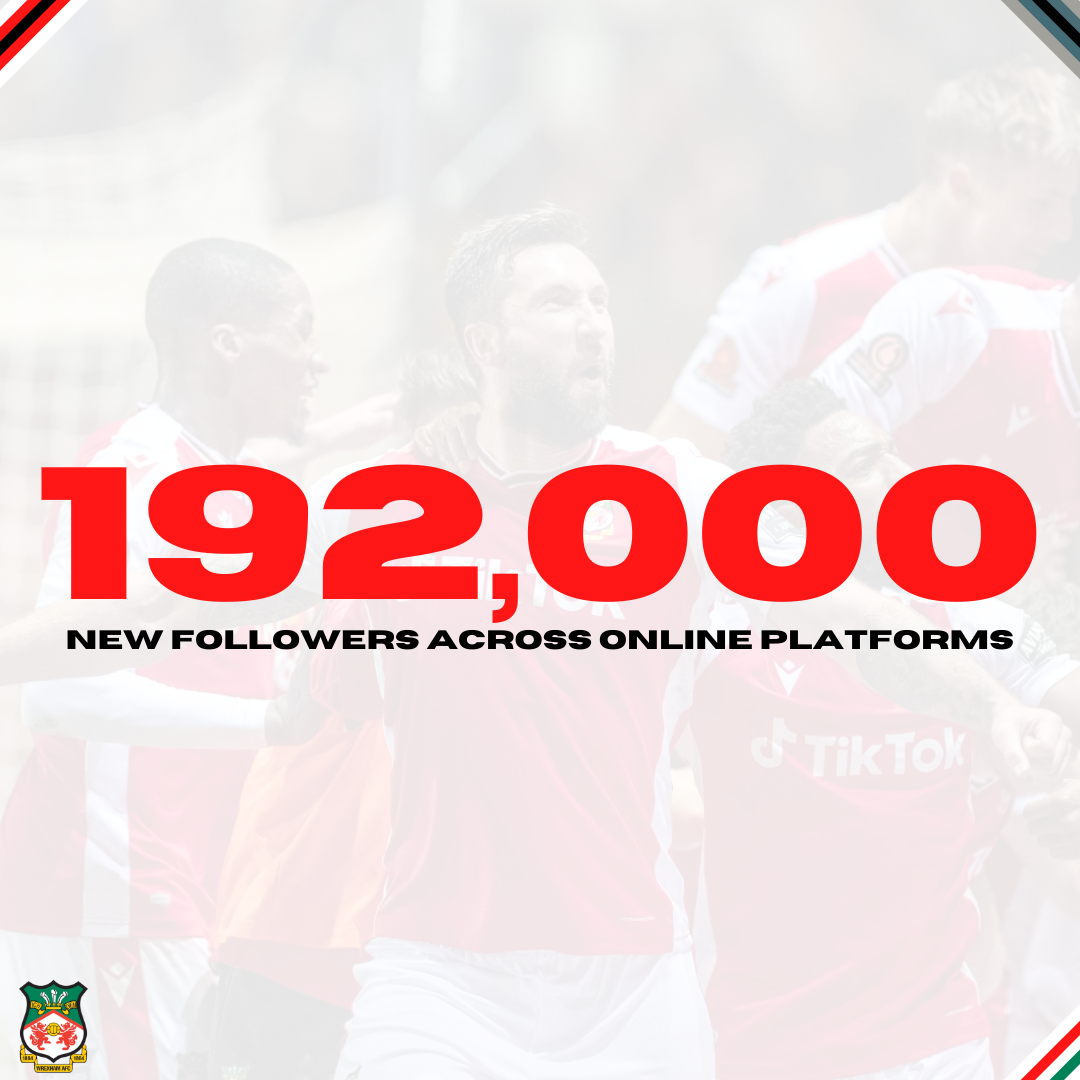 Supporters queued as far as Crispin Lane to secure a season ticket for the 2021/22 season when they went on general sale in the summer.

After more than a year without supporters, due to COVID-19 restrictions, season-ticket sales reached unprecedented levels – with sales temporarily capped ahead of the first home league game of the season, against Notts County, before going back on sale ahead of the WREXRENT Stand re-opening. 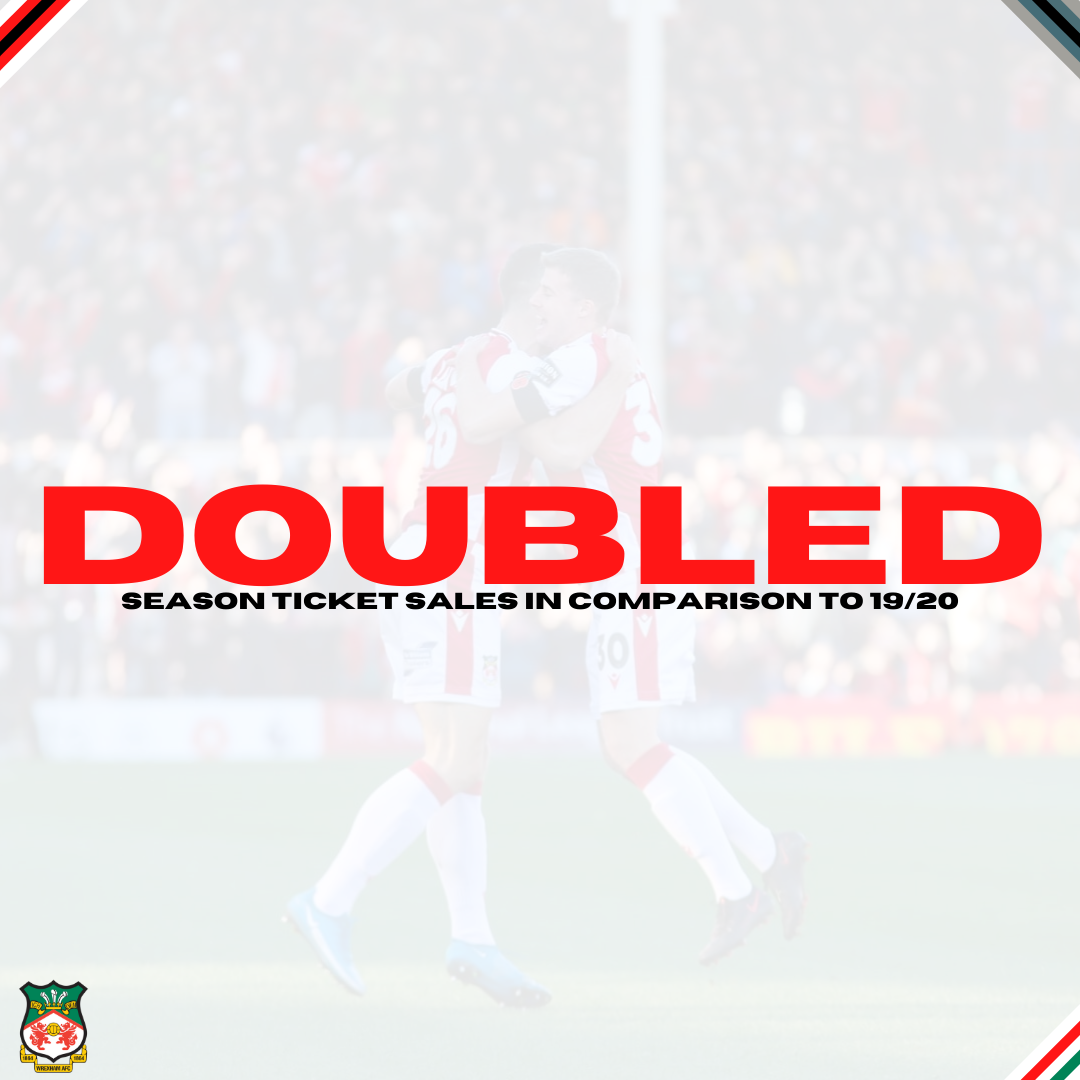 Supporters returned to the Racecourse Ground for the first time since March 2020 when Wrexham AFC Women beat Northop Hall Ladies 6-1 on August 8, 2021. The following week, the men beat Curzon Ashton 3-1 in their final pre-season friendly, in front of season ticket holders.

Season-ticket holders returned for their first league game in nearly 18 months when Wrexham drew 1-1 with Notts County on August 30, 2021 and the Racecourse Ground re-opened fully for the home game against Woking 12 days later.

Since then, Wrexham have welcomed their highest ever attendance for a National League game (9,813) for the draw with Torquay – with Rob and Ryan in that number.

Attendances have even surpassed Wrexham’s last play-off season in 2018/19. The highest attendance of that season was the 8,283 that turned up on Boxing Day to witness a 5-1 win against Salford City. This season, we have now surpassed that figure on five occasions – including each of the last two home league games.

Interest in the takeover had already led to an increase in shirt sales from the moment Rob and Ryan were first confirmed as the investors interested in purchasing Wrexham AFC in September 2020.

Shirt sales for the 2020/21 season were much higher than the 2019/20 campaign, despite only two shirts being released – compared to three the previous year.

Wrexham launched their TikTok-sponsored, red-and-white 2021/22 home shirts in June 2021, and on the opening day of sale – July 1 – supporters queued from the early hours to get their hands on one.

The shirts flew off the shelves, both virtually and in store, and the Philadelphia-inspired green away shirts garnered a similar response.

With the third shirt launched on Christmas Day, nearly 2,000 of the white shirts have now sold too.

More than 14,000 shirts have been sold already this season in total, comfortably surpassing our previous best of 3,896. 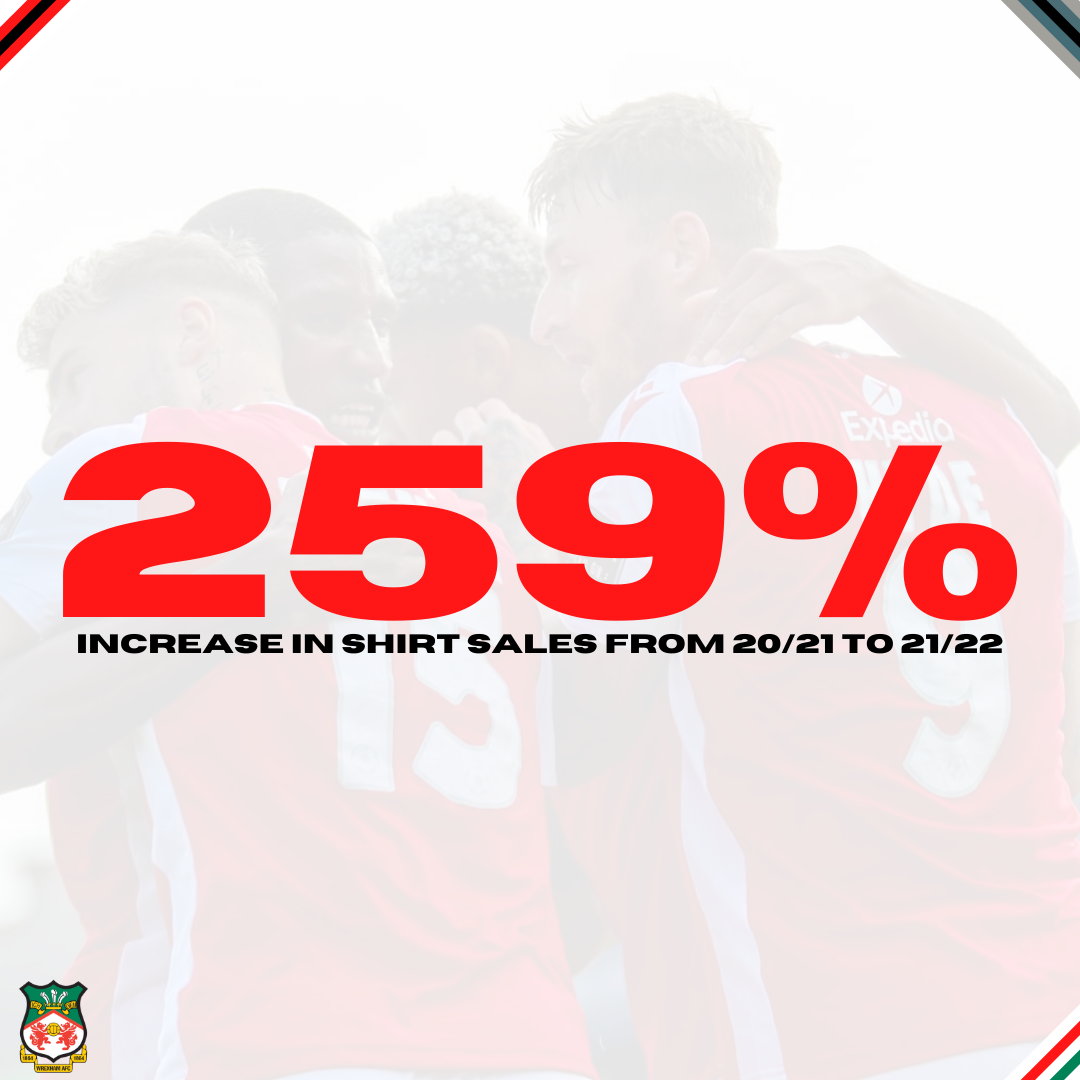 As per the chairman’s update to supporters this morning, it is on the pitch ‘where the only 90 minutes each week that actually makes the difference, takes place’.

After 26 games of the Vanarama National League season, Phil Parkinson’s side have won exactly half of their league matches – 13 wins and seven draws adding up to 46 points overall.