Sadly, Jordan Davies won't be celebrating his new contract by looking to extend his superb record on the road, but there'll still be no shortage of star quality on the pitch.

The oldest professional club in the world versus the 3rd oldest. The best home team in the league against the best away team. Rob Lainton versus Sam Slocombe. Paul Mullin versus Kyle Wooton. Are you excited yet?

Mullin and Wootton both scored when the sides clashed earlier this season, and each have ten league goals to their credit so far in the campaign.

Lainton goes into the game looking for his 5th consecutive clean sheet - the club record is 7 - while Slocombe doesn't concede many against Wrexham: he's conceded two goals in four games against us, including Devonte Redmond's screamer two seasons ago. His remarkable heroics kept County in the game at Meadow Lane last season, enabling them to snatch a late winner, and he was similarly busy at the start of this season, beaten only by Mullin's header in a 1-1 draw at The Racecourse.

That match was also the first clash between the managers, Phil Parkinson and Ian Burchnall. Burchnall's first league game as County boss, and his first win, was that 1-0 victory at Meadow Lane last season, and he has an excellent record against Wrexham with 2 wins and 1 draw to his credit.

Parkinson's history against County goes back to a 1-1 draw in April 2003 when he was in charge of Colchester United, and is pretty good, with only two defeats suffered in ten games. 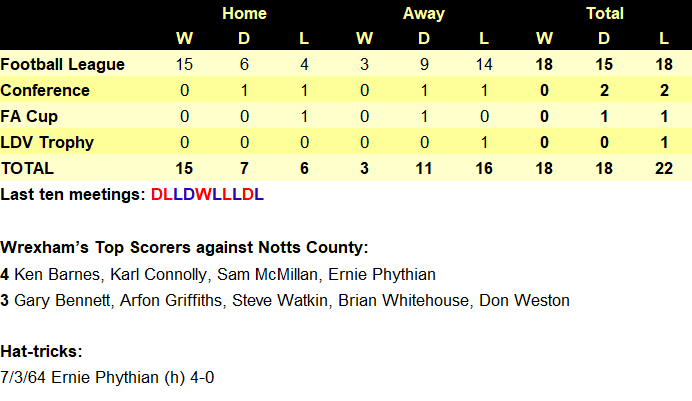 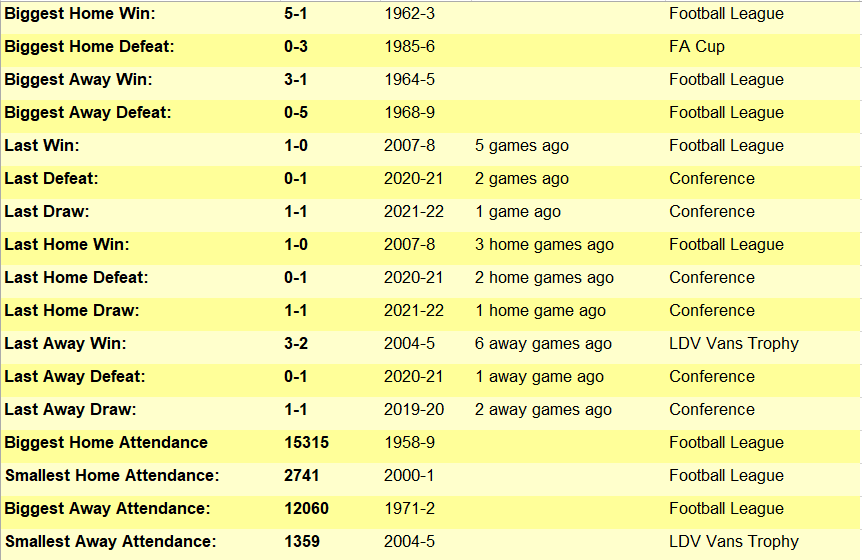 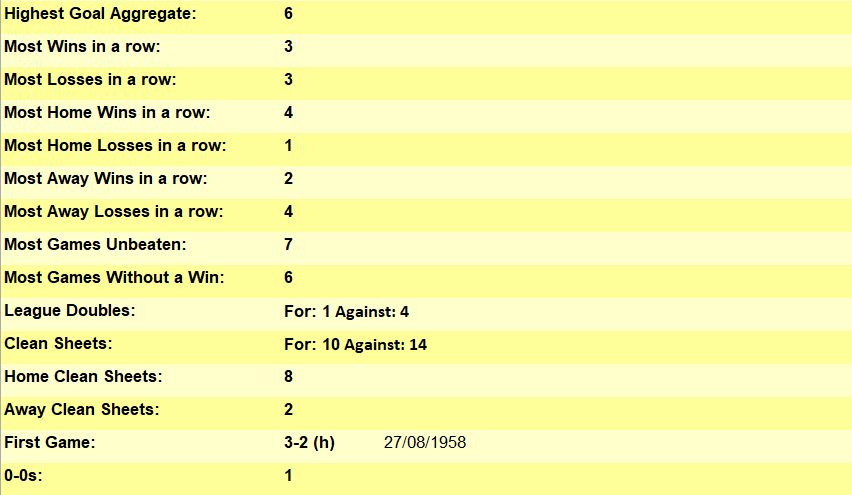 Our trip to Meadow Lane last season was a pretty grim day, and turned out to be the beginning of the period which would put paid to our hopes of a play-off place.

It was the second of a series of four consecutive games in 15 days against our play-off rivals, and having beaten Bromley the previous Saturday, a seventh unbeaten match in a row, we appeared to be hitting form at just the right time.

However, the day before disaster struck as top scorer Kwame Thomas, who was in terrific form, suffered a serious injury in training, not only leaving us having to complete the season without him, but also meaning we had just two available strikers: Dior Angus and Jordan Ponticelli.

Despite that blow we started superbly and it was difficult to comprehend how we’d not scored at least once in a terrific opening period.

However, County pulled themselves back into the game and we suffered a devastating blow just before the half hour when Ponticelli broke down, suffering an injury that would put him out for the next five games.

As if that wasn’t bad enough, a game which appeared to be meandering to a goalless conclusion was decided in the 79th minute when The Magpies scored the winner from a corner. The repercussions were fatal to our play-off hopes as we went on to lose home games to Torquay and Stockport, and fell just short of the post-season spots.

Our first game in non league at Meadow Lane came the season before last. County were the better side, and took the lead in the second half, but we earned a point when Devonte Redmond scored a superb goal from the edge of the area.

That’s the only time we’ve avoided defeat in our last 6 away games against County, our last Football League game there ending in a 2-1 loss dominated by Silvio Spann’s ups and downs. He came off the bench to score his only goal for Wrexham, but was sent off in the last minute for a professional foul, and County added insult to injury by scoring the winner from the free kick!

Our most recent win on County’s patch was in an LDV Vans Trophy tie in 2004. Shaun Pejic put us ahead with a rare goal but with less than twenty minutes left County led 2-1.  Chris Llewellyn equalised and Hector Sam hit the winner with three minutes remaining, keeping us on track for an eventual win in the final at the Millennium Stadium.

The drama was witnessed by the smallest crowd ever to witness a game between the two sides: just 1,359.

A year earlier Sam was the match winner as we enjoyed our last league win at Meadow Lane, but back-to-back wins there are certainly not the norm. Indeed, apart from those two wins we’ve only won at Notts County on one other occasion.

That was in December 1964, when we won 3-1 through a Martyn King goal, a Ken Barnes penalty and an own goal.

Our worst defeat to County was in April 1969 when we lost 5-0 and then went on to lose our next 3 games at Meadow Lane, our worst run of away results in this fixture.

We’ve won 3, drawn 11 and lost 16 at Meadow Lane, if you don’t count a 1-0 League Cup win against Mansfield which was shifted to Nottingham because The Stags’ ground was being renovated.