Harry Lennon's unfortunate red card at Notts County was the 211th recorded dismissal of a Wrexham player. Delivered in the 9th minute, incredibly it is the 3rd earliest a Wrexham player has been sent off!

The unwanted record is held by Gary Bennett, who lasted 5 minutes of a Welsh derby at Ninian Park. By the half hour mark Barry Hunter had been dismissed too, and unsurprisingly we capitulated to a 5-1 defeat.

If you Google "Ambrose Brown" you'll find plenty of sites which claim he was dismissed after 20 seconds, the fastest ever dismissal. Sadly, that's not true: he spent 6 minutes of his Christmas Day on the pitch before being dismissed, which still doesn't seem to be enough to justify a festive trip to Hull and back.

There are some unsurprising names at the top of the list of Wrexham players with the most red cards. Hats off to Steve Buxton, as the feisty striker managed to accumulate more dismissals than the legendary war horse, Joey Jones! 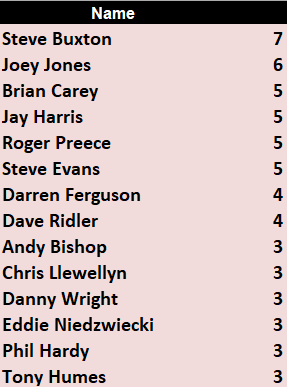 137 different Wrexham players have been dismissed, going back to Percy Evans in 1910. It's an indication of how football has changed, and how the laws of the game have been radically altered to reflect those changes, that the frequency of Wrexham dismissals has grown exponentially decade on decade. 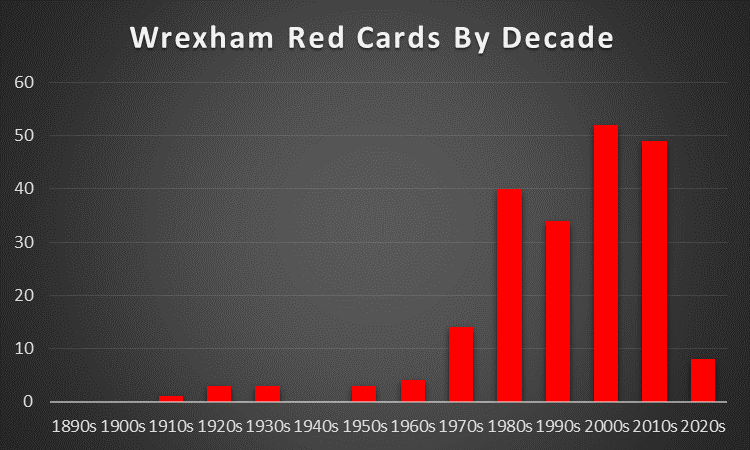 Most Red Cards Received By Wrexham in a Season 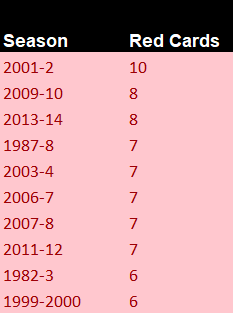 Most Red Cards in a season for Wrexham 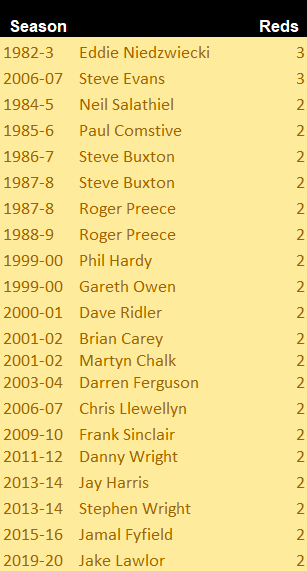 Paul Comstive was sent off at Burnley on New Year's Day 1986, and was dismissed in Wrexham's next game at Crewe too!

Billy Ashcroft picked up a peculiar red card at Brentford in 1972: he was booked and then sent off for comlaining about the booking!

Aurelien Collin was sent off on his debut, an FA Trophy quarter final against Ebbsfleet in 2009.