Wrexham set a club record by scoring in each of our first 14 away league games of the season.

Wrexham equal a club record by scoring in our first 16 away games of the season.

Wrexham have scored in each of our first 16 away games of the season – a club record since joining the Football League in 1921. 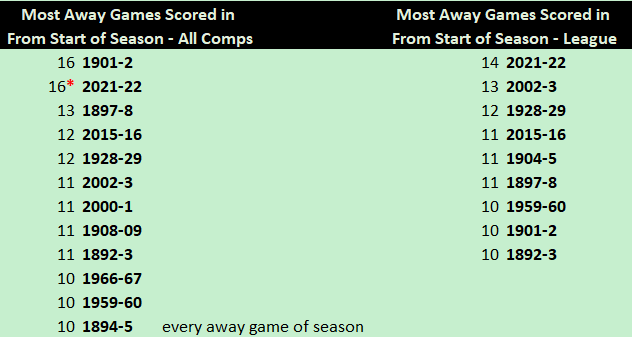 Wrexham have won 7 of our last 9 away games.

Third time this season that Wrexham have conceded first and won.

Paul Mullin has scored 13 goals this season: the last Wrexham to score more in a season was Connor Jennings (14 in 2015-16)

Wrexham have gained 1.83 points per league game this season: Phil Parkinson has only enjoyed more points per season once in his career, in 2016-17 when his Bolton Wanderers side averaged 1.87 points per game and were promoted from League One in second place.

Wrexham win back-to-back away games against Yeovil for the first time.