Second-half goals from Junior Morias, Paul McCallum and Matt Robinson’s dashed Wrexham’s hopes of automatic promotion on the final day of the regular season, confirming a second-placed finish for the Red Dragons.

Morias capitalised on Dagenham’s pressure at the start of the second half and got the hosts ahead, as his shot went past Dibble.

McCallum managed to get his goal after hitting the side netting moments before, as he met Weston’s cross to double the advantage.

Robinson made it three and secured theDaggers' victory, as his shot found the bottom corner with only minutes left.

The early stages remained competitive, with both sides creating chances, but in the end, it was the hosts that had control of proceedings and were good value for the three points.

Phil Parkinson named one change to the side that convincingly beat Stockport at the Racecourse, with Reece Hall-Johnson coming in for Bryce Hosannah.

Paul Mullin had an early chance to put Wrexham ahead, as he got on the end of a Ben Tozer cross, but Elliot Justham well held his shot.

The hosts started the game strongly and could have been one up as James Comley’s mazy run ended with a strike from distance which Dibble tipped around the post.

Morias tried to put the Daggers ahead, but Dibble well held his swirling shot in the Wrexham goal.

Mullin came close to opening the scoring once again, as he carried the ball towards goal, but his shot went inches wide of Justham’s goal.

Weston added another great chance for Dagenham, as he caused more panic in the Wrexham midfield, but he couldn’t convert his shot on goal.

McCallum should have put the hosts ahead in the 35th minute, as he leaped and won a free header at the back post, but his header went wide of Dibble’s near post.

The hosts continued to dominate and thought they’d broken the deadlock as McCallum had the ball in the net, but Referee Adam Herzeg ruled it out for a foul on Dibble.

Dibble made two huge saves at the close of the half, to deny both McCallum and Robinson from taking the lead.

Wrexham started the second period well, and Ollie Palmer nearly opened the scoring from his first attempt, but his curled shot was tipped over by Justham.

Morias broke the deadlock as his shot inside the area nestled past Dibble to give the Daggers the lead.

Palmer looked like he was destined to level the game for Wrexham as Wright gave the ball away in the final third, but his poor touch took it away from him and Justham claimed it.

Dagenham nearly doubled their lead with 12 minutes to go, as they caught Wrexham on the break, and McCallum shot at goal, only to hit the side netting.

McCallum did get his goal moments later, as Weston’s cross was met well by the striker, who put the ball past Dibble.

Robinson made it three, as his shot did enough to make its way into the net.

Wrexham will now compete in the National League Play-Offs but are back in action next weekend at Wembley in the Buildbase FA Trophy Final.

Subs not used: Camp and O’Connor 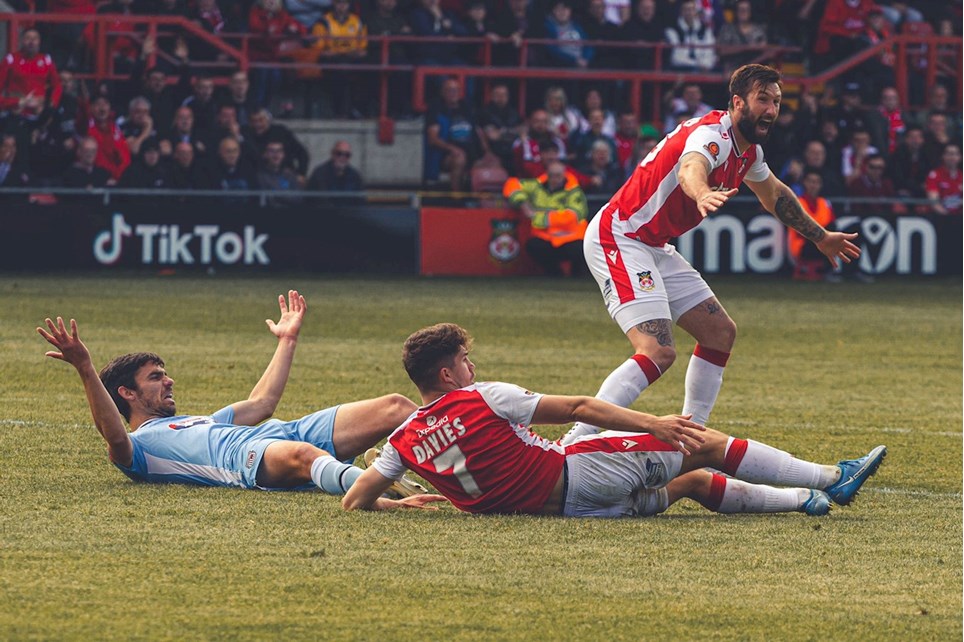 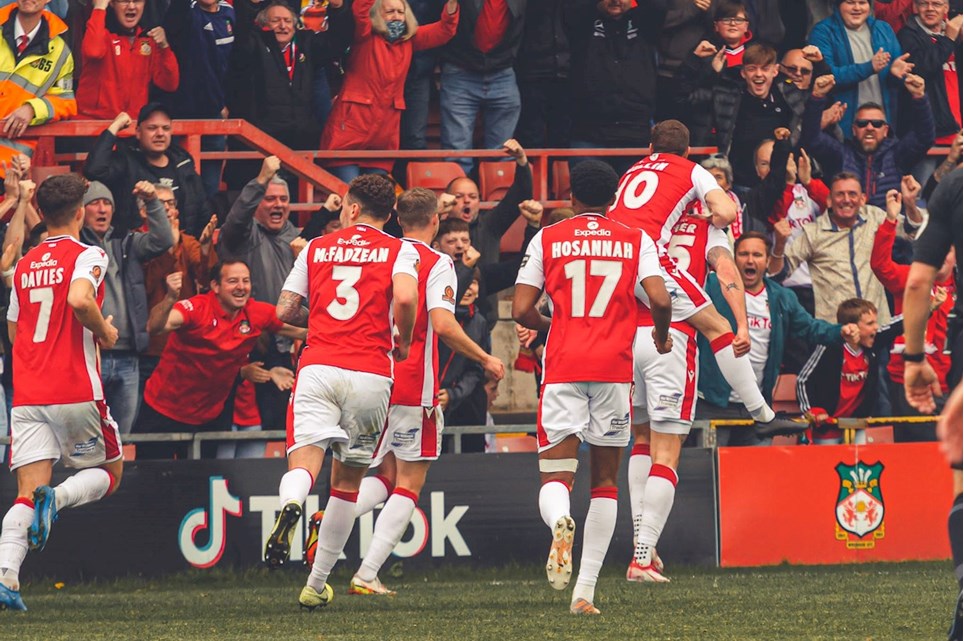 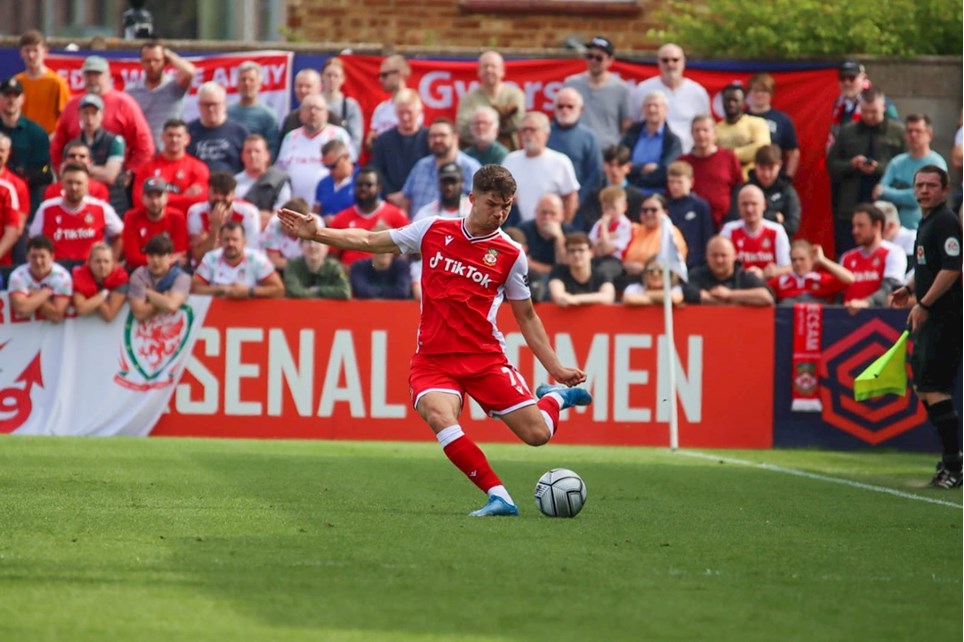 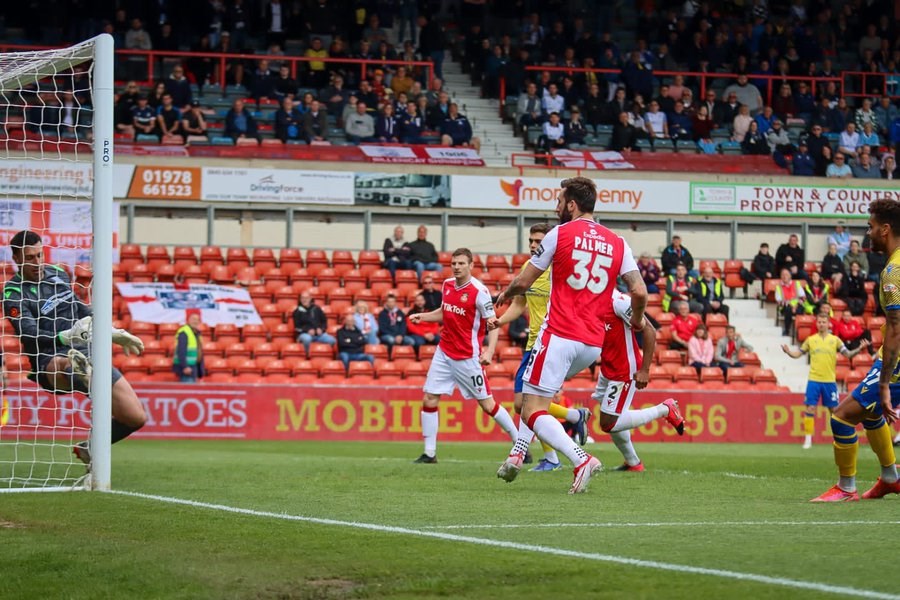