Chris Maxwell was among the Wrexham AFC heroes as the Red Dragons lifted the FA Trophy in 2013, and says he’ll be watching on as a fan when the Club heads back to Wembley this weekend.

Maxwell – now playing his football in the Championship with Blackpool – was between the sticks as Wrexham beat Grimsby Town on penalties, helping the Club claim the silverware for the first time.

We caught up with the goalkeeper to discuss his memories of both the day and his time in North Wales as a whole, as well as his hopes for the future when it comes to Wrexham…

Firstly Chris, let’s look back to the 2013 FA Trophy Final. What do you remember from that day?

“It’s crazy to think it was nine years ago. It was a first for me and a first for the Club as well, I think. I’d been in Wrexham’s academy since the age of 10 and all of my mum’s side of the family are from the area, so it was a really proud moment for me. To represent my boyhood Club on that stage and in front of 40,000 fans was an honour, and to win on penalties was fantastic.”

At what point did the players realise a trip to Wembley was really on the cards?

“I’d left the Club the year before and rejoined in the January. I think the Semi-Final was the first game I played in the Trophy, so it came out of nowhere for me really! It was all about the league and promotion, but it was really nice to have that trip to Wembley. It was a distraction from the pressures of the league, and for a Club of our size to be heading to the Final was a good thing.”

What do you recall of the build-up to the Final? We all remember the snow, of course…

“I remember the build-up being quite lengthy; I think we were down there for a couple of days before the Final. We stayed in Chiswick, where we’d stayed a lot previously, and we went to Wembley the day before to have a look around and get it out of our system. I remember Mark Creighton filming absolutely everything and I still haven’t seen that footage back! It was exciting for us – there wasn’t really any pressure on us and it was a great day out for the fans too. The weather conditions were horrendous, my family had to battle their way through to get there and my brother surprised me by flying home from Australia. He was in the first row, behind where the penalties were being taken, so it was a nice moment for me. There are some great photos of me hugging him after the game.”

And what was going through your head when the game itself went to penalties?

“I pride myself on my penalty-saving record, because a lot of work goes into it. I knew once we got to that stage, I had half a chance because of the research I’d done. You didn’t have some of the resources you have today; I had to go through newspaper articles and watch fan footage to prepare. I did a lot of homework, so I was confident. I knew we could go and win it from there. I vaguely remember their keeper making some really good saves in the game and there were a couple of times when we were thinking ‘it’s not going to be our day,’ but that wasn’t meant to be. It was just fantastic all round.”

More generally, aside from that Final, how fondly do you look back on your time at Wrexham?

“Well, Wrexham made me. I was there between the ages of 10 and 22, so the Club has been a huge part of my life – not just the Club and the fans, but the town as well. I’ve got family from the area, my brother was born there and I used to visit all the time even before I was at the Club. Wrexham have a huge place in my heart and ever since the day I left, I’ve always looked out for their results. I’m desperate for the Club to get promoted, because seeing that football Club still in the National League, it hurts me. I was involved in Play-Off campaigns and saw the passion from the fans – it’s just been a huge part of my life. Since the new owners have come in, I’ve seen a complete rejuvenation. They clearly care about the Club and the people involved too, so it’s brilliant to see. Wrexham have had some tough times but everyone cares about the Club so deeply, so I’m really excited to see what the future holds. The fans deserve it, because they’re been there through thick and thin, so I hope brighter days are ahead.”

With that said, what would it mean to you if the Club could win a Trophy and seal promotion this season?

“It would be massive. As I say, the Club made me and still means a lot to me. People like Andy Morrell, Dean Saunders, Steve Cooper, Joey Jones; they gave me my break and had a massive influence, because they fought for me. If it wasn’t for them, I wouldn’t be where I am now, so I’m desperate for this Club to get back to where it should be. I think, with the support they have, Wrexham are a Championship Club, at least. I’ll be watching out as always this weekend, as a fan.”

Finally, having been there and won it yourself, do you have any advice for the players ahead of the Final?

“Just treat it as any other game. The players there now are clearly performing really well, there’s a unity within the camp and you can see that from the results. There’s no need to be nervous, because if they do the basics and keep performing, they should win. It would be another step and another milestone ticked off in what I hope will be a really successful campaign.” 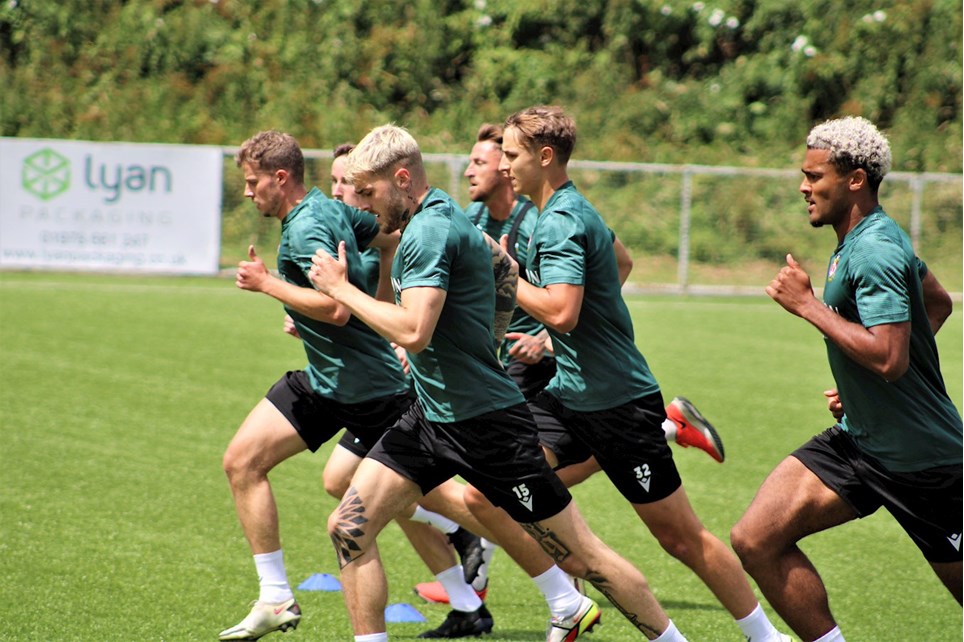 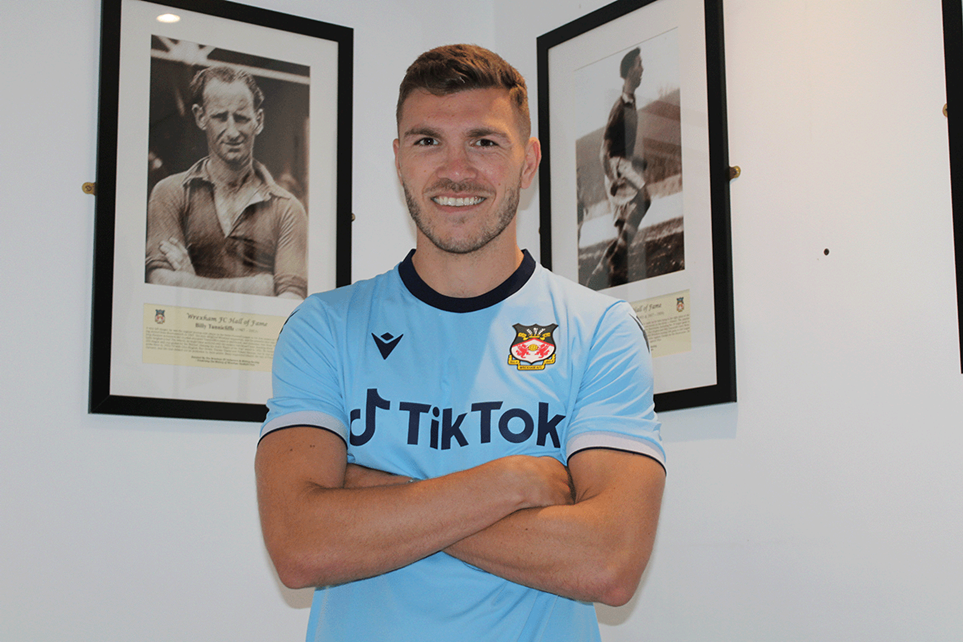 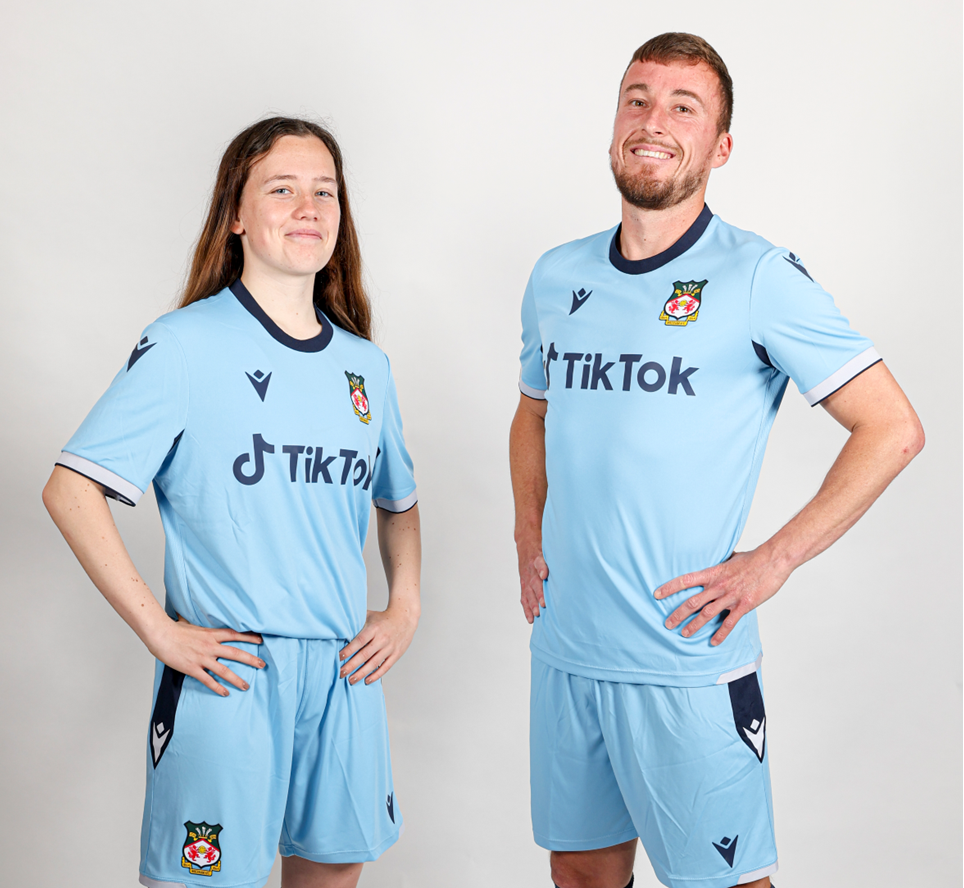