VERSATILE DEFENDER CAMERON GREEN SIGNED FOR WREXHAM IN APRIL 2021 ON A SHORT-TERM DEAL.

Green began his career playing youth football for Metropolitan Police but was signed by Reading in 2016 at the age of 17.

After spending three years with the Royals, Green signed for Watford in the Premier League where he immediately linked up with the Hornets U23 side, and spent some time working with the first-team.

His first senior football experience came when he joined Braintree Town on loan on the final day of the window, making his debut in a 2-2 draw with Concord Rangers in September 2019.

Green went on to make 18 appearances for the Iron in the league and cup and returned to Vicarage Road in January 2020. He departed Watford later that summer.

After spending time with Wrexham on trial, he signed for the club on non-contract terms in April 2021, and made his debut in a 2-1 win over Solihull Moors.

He made a terrific impression with his energy and technique at left wing back, and after starting six of the last seven games of the season, he signed a new one-year deal at the Racecourse Ground. 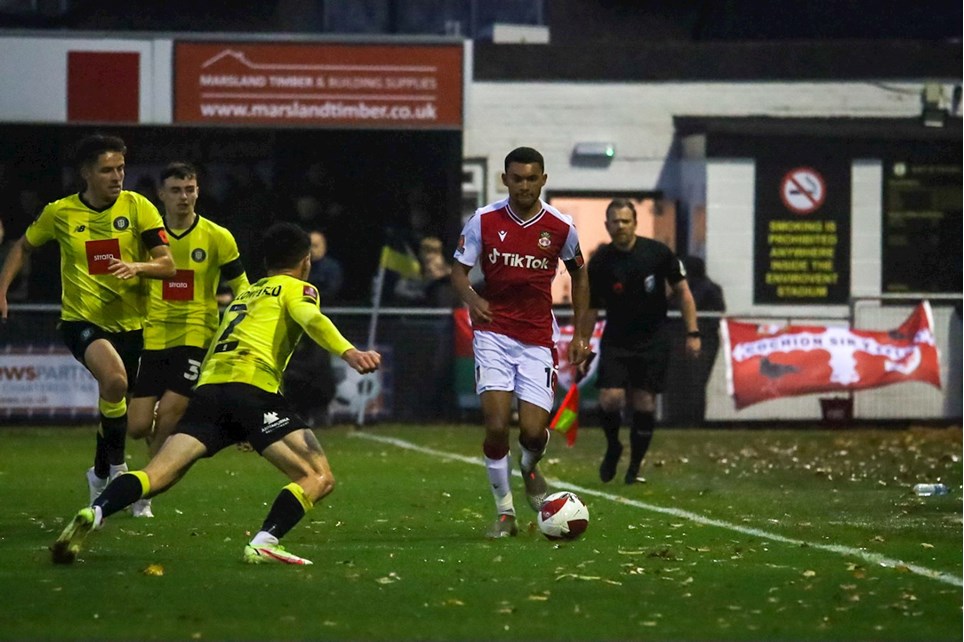 GREEN | I’ll Give My All for the Fans and this Club Every Time I Play.


Saturday’s FA Cup defeat to Harrogate saw the return of attacking full-back Cameron Green to the starting line-up for the first time this season.