Angus began his career with Solihull Moors having grown up down the road in Coventry and made his senior debut during a loan spell with Leamington, netting twice in a 4-1 win over Highgate United in the Birmingham Senior Cup.

After a loan with Banbury United he made over 30 appearances for the Moors before earning a move to Kidderminster Harriers in 2013.

Angus found playing time limited and spent time with Worcester City before heading back to Solihull in 2014.

After a frustrating time he departed Damson Park for spells with Daventry and Stratford Town which paved the way for a third move to Redditch United.

It was with United that he made his mark scoring 17 goals in 23 matches in the first half of the season alone, earning a move to the EFL with Port Vale in January 2018.

His professional debut came just shy of his 24th birthday coming on as a substitute in the 75th minute during a 1-0 defeat to Forest Green Rovers in League Two.

After picking up an injury he regained fitness with a loan to Tamworth in March 2018, scoring three goals in six games and returned to Port Vale to make a further two appearances, scoring his first goal for the club against Carlisle United in May.

He spent more time out on loan, this time with a club that his father, Terry Angus, played for in Nuneaton. He scored 13 goals in the first half of the campaign before heading back to Vale Park in January 2019.

He wouldn’t remain at Vale for long, joining Barrow on loan that same month scoring twice in 11 games. In the summer of 2019 he signed for the Bluebirds permanently on a one-year deal.

It proved to be a superb move, as he and his side snatched the National League title on PPG and he struck up a partnership with ex-Wrexham forward Scott Quigley with Angus scoring 12 goals.

After making 19 appearances and scoring four goals in Barrow’s first season in the EFL in almost half a century, he opted to join Wrexham on an 18-month deal in February 2021. 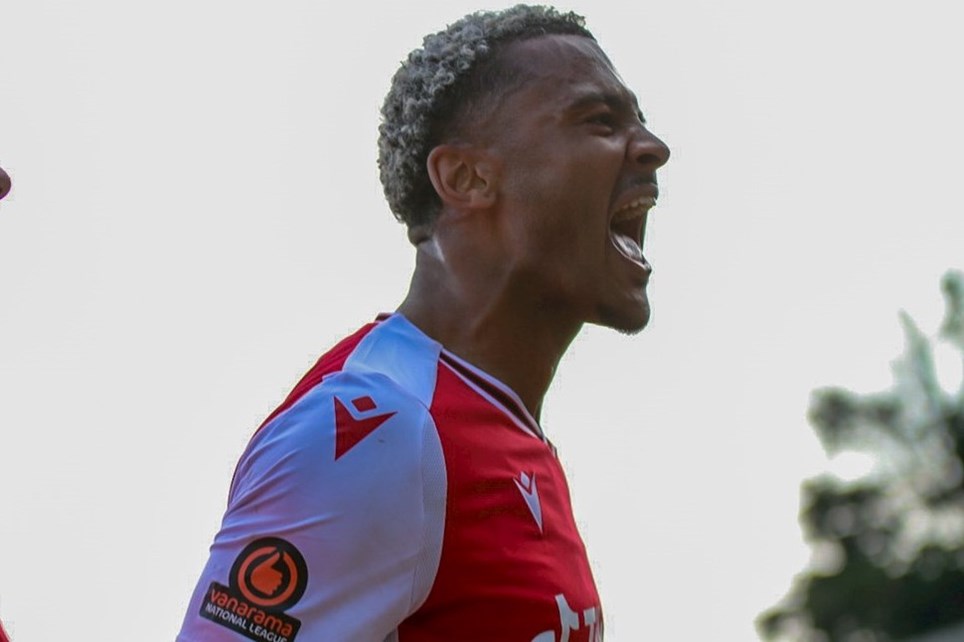 
Wrexham can confirm the Club have take up the option in Dior Angus’ contract to extend his current deal by an additional 12 months.