Out On Loan
Loaned to Kidderminster Harriers

The Manchester-born middle man began his career in the youth set-up at Manchester United where he progressed through to reserve level coming through the same crop as the likes of Marcus Rashford, Andreas Pereira and Scott McTominay.

Redmond impressed in the middle of the park at youth level and would regularly partake in matches for the Red Devils’ reserve side.

He eventually sought first-team football moving to Scunthorpe United on a season-long loan deal in 2017.

He made his debut as a late substitute in the EFL Cup in a game locked at 3-3, eventually he scored a penalty in a shoot-out to eliminate Notts County.

He would play in the next round where the Iron were knocked out by Middlesborough before making his senior league debut, a 4-0 away victory over Plymouth Argyle in Sky Bet League One.

This would be his only appearance in the league for Scunthorpe as he was restricted to EFL Trophy matches.

In January 2018 his parent club recalled him before he was eventually released in June of that year.

After a lengthy spell without a club he joined National League side Salford City in January 2019, making his debut after recovering from injury against Eastleigh in February 2019.

Redmond scored twice in his 15 appearances, both winning goals in 1-0 victories coming against Aldershot and Harrogate Town.

Redmond was also involved in the National League play-offs playing in the semi-final victory against Eastleigh and Wembley showpiece win over AFC Fylde to earn promotion.

Although promotion was sealed, Redmond rejected a contract with the Ammies and opted to join Wrexham. Redmond made his Wrexham debut in August 2019 against Barrow, as the Dragons ran out 2-1 winners. His first goal came in a 1-1 draw at Notts County with a superb curling effort from the edge of the box. 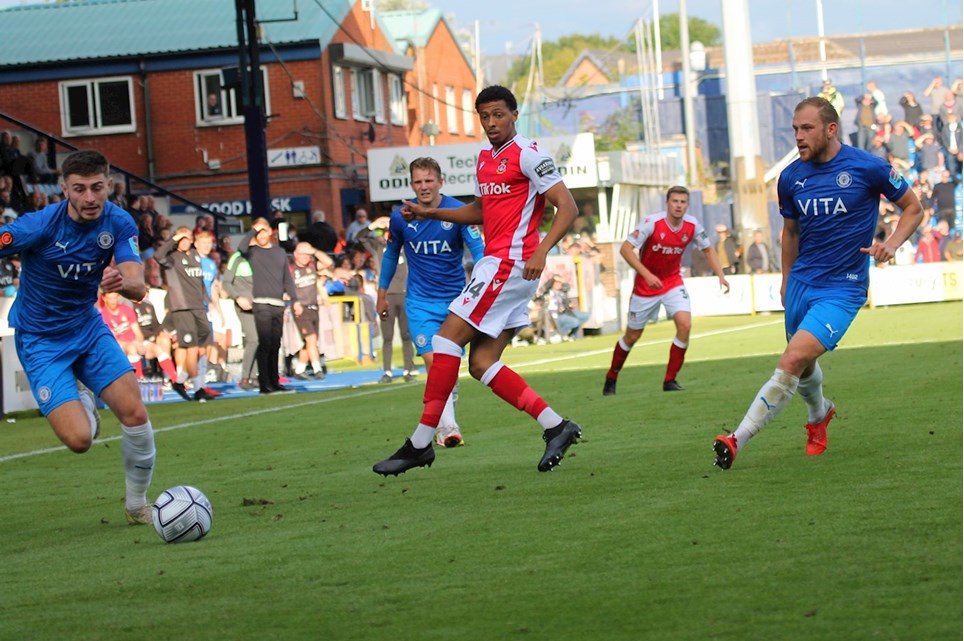 
Wrexham AFC can confirm midfielder Devonte Redmond has joined Kidderminster Harriers on loan for the remainder of the 2021/22 season.