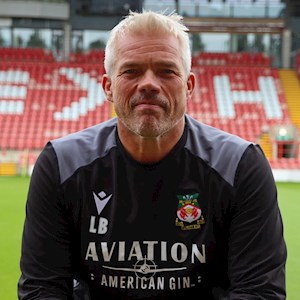 Butler arrives from Sunderland to reunite with Parkinson and Steve Parkin, having also worked with them on Wearside, as well as at Bradford City and Bolton Wanderers.

He was appointed Bradford’s goalkeeping coach in July 2013, with his tutees during his time at Valley Parade including now-England goalkeeper Jordan Pickford.

Having followed Parkinson and Parkin to perform similar roles at Bolton Wanderers and Sunderland, Butler will rekindle that partnership in North Wales.

And on his arrival, Parkinson said: “I’m delighted to welcome Lee Butler to the Club as goalkeeping coach.

“I always say with Lee that he’s worked with a lot of goalkeepers in his career, and has always helped them progress – that’s obviously important – but he’ll offer more than just the goalkeeping coach role, he’s an integral part of the staff.”