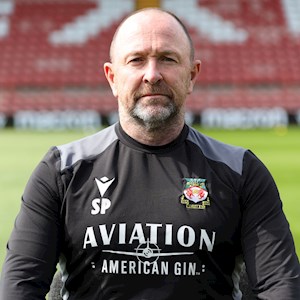 Phil Parkin began his managerial career at Mansfield Town in 1996, where he was club captain at the age of 30. Parkin challenged for the play-off places in two of his three seasons as manager, which is an impressive feat as a caretaker manager.

Parkin's success with Mansfield Town was spotted by David Kilpatrick, chairman of Rochdale and earned him the managerial role there for the 1999/2000 season. Parkin lifted the Greater Manchester club from the depths of Division Three to an eighth placed finish.

Division One side Barnsley were next in for Parkin, after his successful year at Rochdale, but Barnsley were already in the relegation zone and in severe debt, which would see the club going into administration the following season in Division Two. However, managing a top-flight side would have been a great accolade for Parkin.

A return to strugglers Rochdale would revitalise Parkin, after losing his job amidst the Barnsley financial crisis. He stayed at the club for three years, where he saved the side from relegation and came close to the play offs once more.

Parkin's managerial career would soon develop into that of a coaching one. In January 2007, he was instated as first-team coach for Championship side Hull City, under the management of now Southend United manager Phil Brown. His tenor at the Yorkshire club would see them reach the top flight of English football for the first team ever in the club's history.

Parkin is widely regarded as Phil Parkinson's right-hand man and this relationship was established in September 2011 with Bradford City. In 2016, Parkin and Parkinson continued their journey together at Bolton Wanderers, before Parkin moved to Sunderland in November 2019 to be assistant manager to Parkinson.

The experience the pair have together will give them both the basis to hit the ground running at Wrexham for the up and coming 2021/22 season.