With seven consecutive wins under our belts, we travel to Bromley hoping to maintain the push for the title.

The victory at Notts County last Friday, which propelled us into the semi-finals of the FA Trophy, offered further proof of the character of Phil Parkinson's side. Once again we pulled off the rare feat of winning an away game from behind; once again, when the chips were down, we found the decisive late winner.

Obviously, the loss of Bryce Hosanah to injury was a blow, but the likes of Dan Jarvis, Christian Dibble and Jordan Ponticelli returned to the first eleven and illustrated the strength in depth of Wrexham's squad. Expect Ollie Palmer and Paul Mullin to return to the starting side at Hayes Lane, but bear in mind that there are players whose performances are pushing the first eleven hard for their places.

Bromley have slipped to 10th place after a run of difficult away fixtures, but still remain firmly in line to challenge for a play-off place. They're just 3 points off 7th place, and don't have the most daunting run-in: after playing us, they have a run of winnable games, and only have three game left against sides higher than them in the table.

Those recent away games have been costly though. The Ravens are currently winless in five league games, having previously won their last 4 to go 4th in the table. In midweek they went down to a battling 1-0 loss at Halifax, and have wins over Notts County, Grimsby and Solihull Moors under their belt since the turn of the year.

Only Halifax and Grimsby have won more home games than Bromley this season: Wrexxham's fine form will be thoroughly tested by a side needing to get back to winning ways. 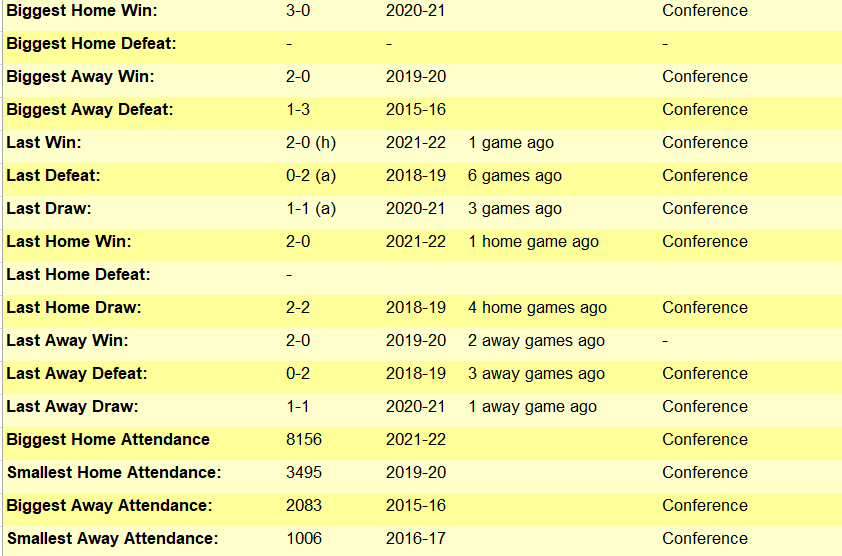 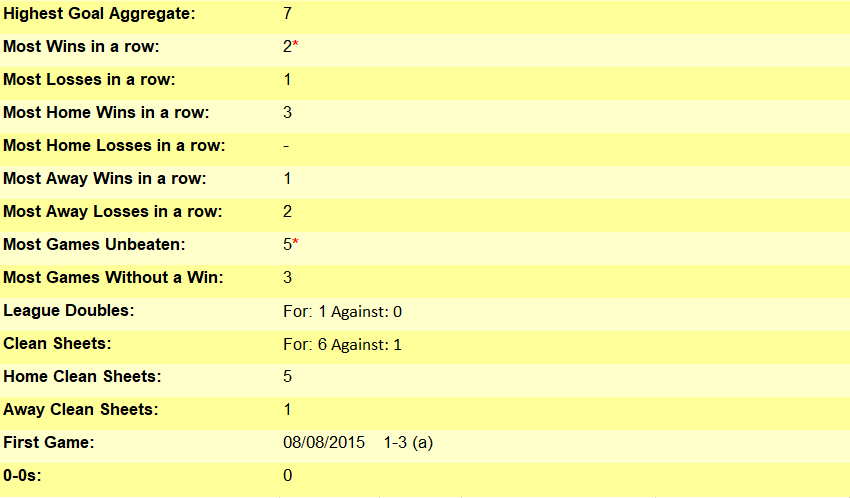 Our game at Bromley last season was a horrible experience, as the first half was held up for a lengthy spell of treatment to Rob Lainton, after an accidental clash left him with a worrying head injury. He was taken to hospital and, thankfully, was able to recover swiftly enough to travel home with the team.

His deputy, Christian Dibble came off the bench in what were obviously very trying circumstances, and did brilliantly, making a series of fine saves to keep his understandably shell-shocked team mates in the game, although he was powerless to prevent Michael Cheek scoring in the 10th minute of added time, the latest we’ve conceded a goal in the first half of a game!

That meant we were only 1-0 behind in the 77th minute when Paul Rutherford’s superb cross allowed Adi Yussuf to equalise, and we pushed hard in search of an unlikely winner in the remainder of the match before emerging with a point.

The season before we won at Bromley for the first time, and it was a memorable victory. A terrifically fast start could have seen us put the game behind the hosts’ reach after a quarter of an hour, and although we only scored one goal in that period, it was a beauty: Davis Keillor-Dunn slalomed magnificently through Bromley’s defence to score what was, sadly, his only goal for us.

We were good value for our lead, but didn’t get the clinching second goal until late in the second period, when Jordan Ponticelli emulated Keillor-Dunn, carrying the ball from deep in his own half before planting a lovely curling finish past the keeper from the edge of the area.

Previous visits to Hayes Lane have been less happy. Our first game there, on the first day of the 2015-16 season, was a real anti-climax. It was supposed to be the start of a new era as Gary Mills took charge for the first time, and a terrific away following headed south. It all looked like it was going to go according to plan when Wes York opened the scoring on his debut, but Bromley took complete control to win their first match in the fifth tier 3-1.

We didn’t travel to Bromley again until April 2017, when a late season clash between two sides with nothing to play for turned into a crazy affair on a blazing hot day. We were 3-0 down shortly after the break, but battled back through goals from Ntumba Massanka and Jordan White. Bromley took it to 4-2, and another late Massanka goal was all we could muster.

In March 2018 we were looking to keep the momentum going after Dean Keates’ departure, and when Bromley picked up a first half red card, then  James Jennings put us ahead with a well-worked goal, things looked promising. However, Bromley equalised through a controversial penalty soon afterwards to earn a draw.

That point left us in 3rd place with 6 games left, but a poor end to the season meant we only added another 2 points to our total and collapsed down to tenth place.

The following season we were in third position again when we went to Bromley, but were unaware of the turmoil we were about to be pitched into.  We’d lost our last 2 matches, and were uncompetitive as Bromley claimed a 2-0 win. Our form continued to deteriorate, and three games later Graham Barrow resigned, concluding the shortest managerial reign in the club’s history. 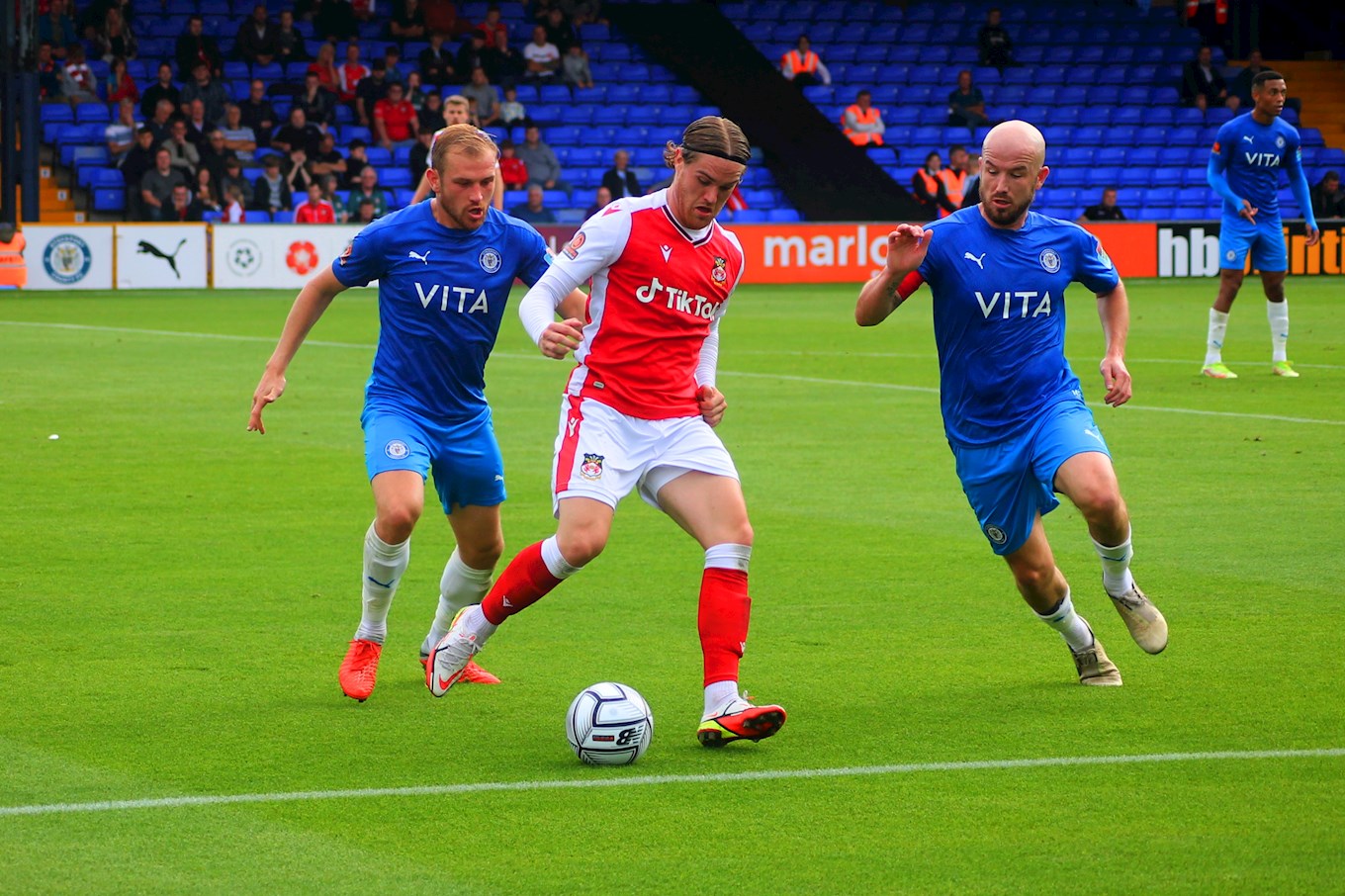 Rob Lainton was stretchered off at Hayes Lane for the second consecutive season as Wrexham and Bromley played out a goalless draw.

Lainton was injured pulling off a fine double save to keep the visitors level, in a match in which both teams had periods on top without being able to make it count.

Luke Coulson had a goal disallowed for offside for the hosts, while Ollie Palmer headed into the side-netting for the Red Dragons, but neither team could find a way through.

It means Wrexham’s winning streak ends, but the visitors are still unbeaten in their last eight consecutive matches in all competitions.

Wrexham made four changes from the team which started against Notts County in the Buildbase FA Trophy quarter-final.

Michael Cheek had a gilt-edged chance on six minutes, when Ben Tozer headed Joe Partington’s cross into the air, but the Bromley striker failed to control at the back post.

At the other end, Luke Young’s right-wing corner drifted right across the goalmouth on ten minutes but Aaron Hayden headed wide at the back post.

Mullin’s speculative half-volley was well over on 16 minutes, and Max Cleworth headed over from another Young corner two minutes later.

Wrexham fans packed into the sold-out stand on the far side then though Palmer had headed the visitors in front on 22 minutes, after Hall-Johnson’s hanging cross, but it was actually into the side-netting.

Wrexham could not make their spell of dominance count, however, and Bromley grew into the game – finishing the half well, themselves without anything to really show for it.

The Red Dragons were forced into their first change at half-time, as Aaron Hayden was replaced by Tyler French.

Wrexham went straight onto the attack, and Mullin’s header was saved by Ellery Balcombe within a minute of the restart.

Luke Coulson then went close for Bromley on 54 minutes, letting a long ball drop and firing wide across goal.

Davies replaced McAlinden for Wrexham just a couple of minutes later, but Phil Parkinson was forced into a third change when Lainton was injured making a brilliant double save.

Coulson hit the first shot, on the hour, after another good cross-field pass;  Lainton saved and then threw himself at Ali Al-Hamadi to charge down the rebound, before Cheek fired over.

Lainton stayed down, however, and was eventually stretchered off – sat up but in obvious discomfort – to be replaced by Christian Dibble.

James Jones fired over when French laid Ben Tozer’s long throw back to him on 71 minutes, while Billy Bingham could not get his feet sorted when the ball fell to him in the 75th at the other end.

Coulson had the ball in the net on 77 minutes, after cutting inside Dibble and firing in low, but the offside flag cut short his celebrations.

For Wrexham, Davies’ 20-yard free-kick was deflected over by the wall on 79 minutes, and Hall-Johnson’s left-footed effort, after cutting inside, went the same way in the 82nd minute.

Eight minutes of stoppage time were added on, and both teams traded set pieces, but again neither could make them count as the match ended goalless.

Bromley have confirmed Wrexham AFC’s away ticket allocation for Saturday’s fixture has now sold out.

We were allocated an initial 650 tickets for the game, with a further 150 after they sold out. All 800 tickets have now been sold, however, and no more will be made available. There will be no tickets sold on the day of the game.

Thank you for your excellent support, and we’re all looking forward to seeing you at Hayes Lane on Saturday.

Official supporter travel is also still available for this game. Please see our eTicketing website to book your place on a supporter coach. Coaches will depart from the Mold Road at 8am and cost £32 for adults and £30 for juniors. 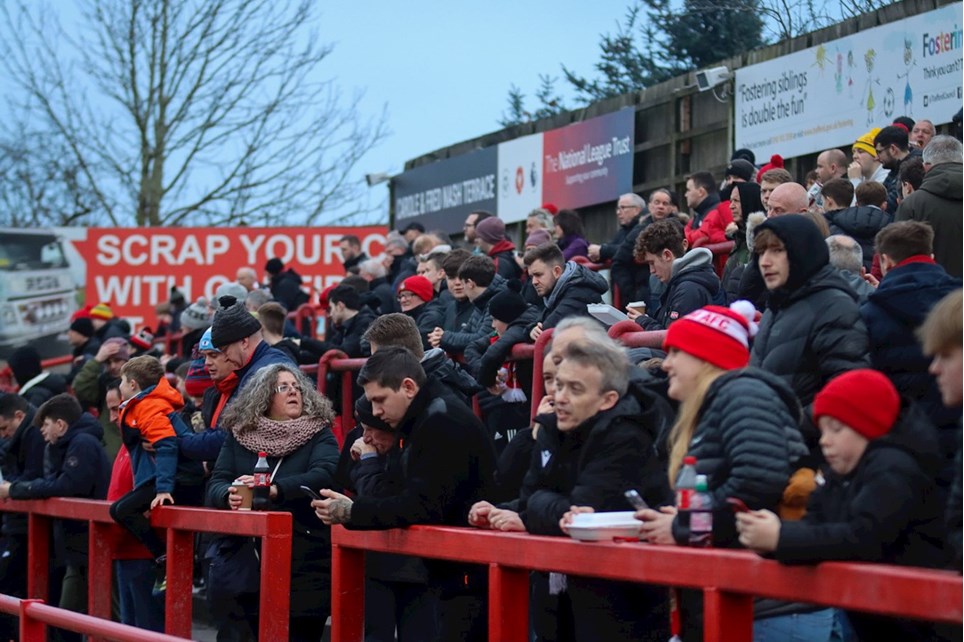 
Tickets for our next away league game, at Bromley on Saturday March 19, are on sale now, directly from our hosts’ ticket website.