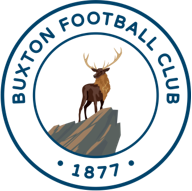 Wrexham AFC Youth marked the one year anniversary of co-chairmen Rob McElhenney and Ryan Reynolds' ownership with the demolition of Buxton.

A Kai Evans hatrick after just 26 minutes complimented by Jacob Milner and Dan Jones' brace each blew away the Derbyshire side whilst Tom Jenkins was also on the scoresheet.

An unchanged starting XI from the side that beat Wrexham began the game in perfect fashion as Evans gave his side the lead after just 43 seonds, picking up the ball on the edge of the box and drilling it low into the corner.

Things almost turned from bad to worse for the visitors when Jones chased down the keeper but his block deflected out for a goal kick.

The game began evening out over the next ten minutes as Buxton recompossed themselves, but after 17 minutes the lead was doubled when Jones goton the end of a great passing move to finish low and hard.

The floodgates were officially opened at this point, when Jenkins got on the ball, shifted his body and guided the ball into the bottom corner three minutes later. In turn it soon became four and five within the next six minutes as Evans completed a staggeringly early hatrick.

Evans went from goal scorer to provider on 35 minutes as he guided the ball to the feet of an onrushing Milner to smash home from close range.

To keep up with the first half would have been a huge ask, but Wrexham kept up the intensity for the second period. Eight minutes into the re-start, Milner grabbed his second of the afternoon with a tidy finish.

Chances diminished after the seventh goal, with Buxton missing a sitter after a good save from Louis Parr midway through the half.

Eventually the game ended on the back of one last goal, with Jones getting his second. After a mistake at the back, he tackled the keeper and slotted the ball home into an empty net.

Man of the Match: Reece Oliver