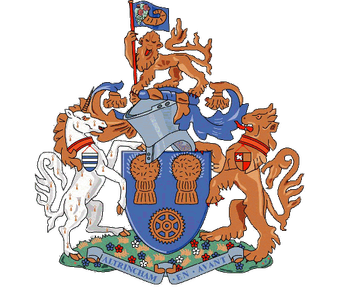 Dan Nolan's young Wrexham side fell to their second defeat of the league campaign as they fell to a 3-1 loss at Altrincham.

Dan Jones' barnstorming effort was the highlight of a bleak aftenoon in Greater-Manchester as a trio of goals from Amaar Hussain, Ryan Morton and Eddie Egeze secured three points.

Before the game these two came into it with Wrexham sat 2nd and Altrincham third with Wrexham on the back of their first league defeat of the season a week prior against Stockport County.

Wrexham began the better of the two sides with a 20 minute spell of real pressure, as Owen Cushion and Jones both hitting efforts close but off target.

Louis Parr in the Wrexham goal had a quiet afternoon with a couple of tame efforts to routinely deal with. Altrincham thought they'd taken the lead after 25 minutes when a header from a corner looked to have hit the back of the net onto a stanchion, but after it was scrambled clear and Wrexham broke and hit it wide, Alty were doing their best to convince the referee, with some watching on in agreement.

Altrincham would rectify that though, Harry Bell brought down his man in the box and the home side were given the chance from the spot. Hussain duly dispatched the penalty sending Parr the wrong way.

Wrexham reacted well immeditely from the restart after winning a corner, which saw the ball crossed in and Joe Fountain misjudged a header before hitting a follow up into the side netting.

Though Wrexham reacted well it was Altrincham who grabbed the all-important second goal. A break in to the final third was met by the head of Morton to double the advantage in what was a terrific goal.

Wrexham had to respond and that they did, on 56 minutes Jones picked up the ball and rifled a sensational effort into the top right hand corner, which no goalkeeper was putting a stop to.

Re-juvinated and back in it, Wrexham got forward but couldn't create that killer opening to draw level, though Fountain down the left was the bright spark.

The game was killed off with 22 to play, as a superb ball from the right was met by the head of Egeze met a header from a deep free-kick.

Wrexham huffed and puffed but in reality didn't deserve to take the points and Alty now take top spot in the division.